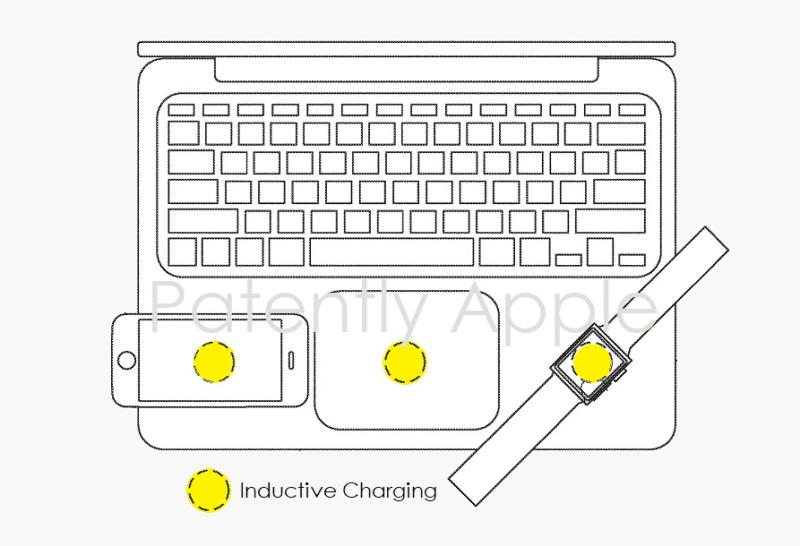 Apple has been working on the concept of integrating inductive charging into future devices like a MacBook and iPad since 2014. According to Apple’s patents, users will be able to rest their accessories in the palm rest area of MacBook for recharging. We covered a few of Apple’s patents here: 01, 02 and 03. One of the key Apple patent figures is presented as our cover graphic above.

In now appears that Dell wants to bring this concept to market. While it doesn’t want to challenge Apple’s patented approach, they’ve been working on a workaround approach using a detachable wireless charging clip for future notebooks.

In any of the disclosed embodiments, the one or more mating elements may include one or more magnets that, when magnetically coupled to respective magnets on the information handling system (notebook), cause the wireless charging clip to be installed on the notebook in a predetermined position.

he wireless charging market is expanding quickly. For example, computer accessories, cellular phones, smart phones, phone accessories such as wireless headphones and earphones, and other consumer electronic devices are increasingly powered in this fashion. Companion battery chargers for these devices extend their usefulness. However, large battery chargers, which typically have a higher capacity to supply power, may not be well suited for use with compact and/or ultra-thin accessory devices. Users often keep their smart phones turned on and nearby when working on their computers. Therefore, it may be desirable to be able to charge their smart phones using a charger that does not force integration into the computer itself, which could be costly, and does not interfere with the user's workflow.

Dell’s patent FIG. 1 below is a system overview block diagram illustrating selected elements of an embodiment of an information handling system. 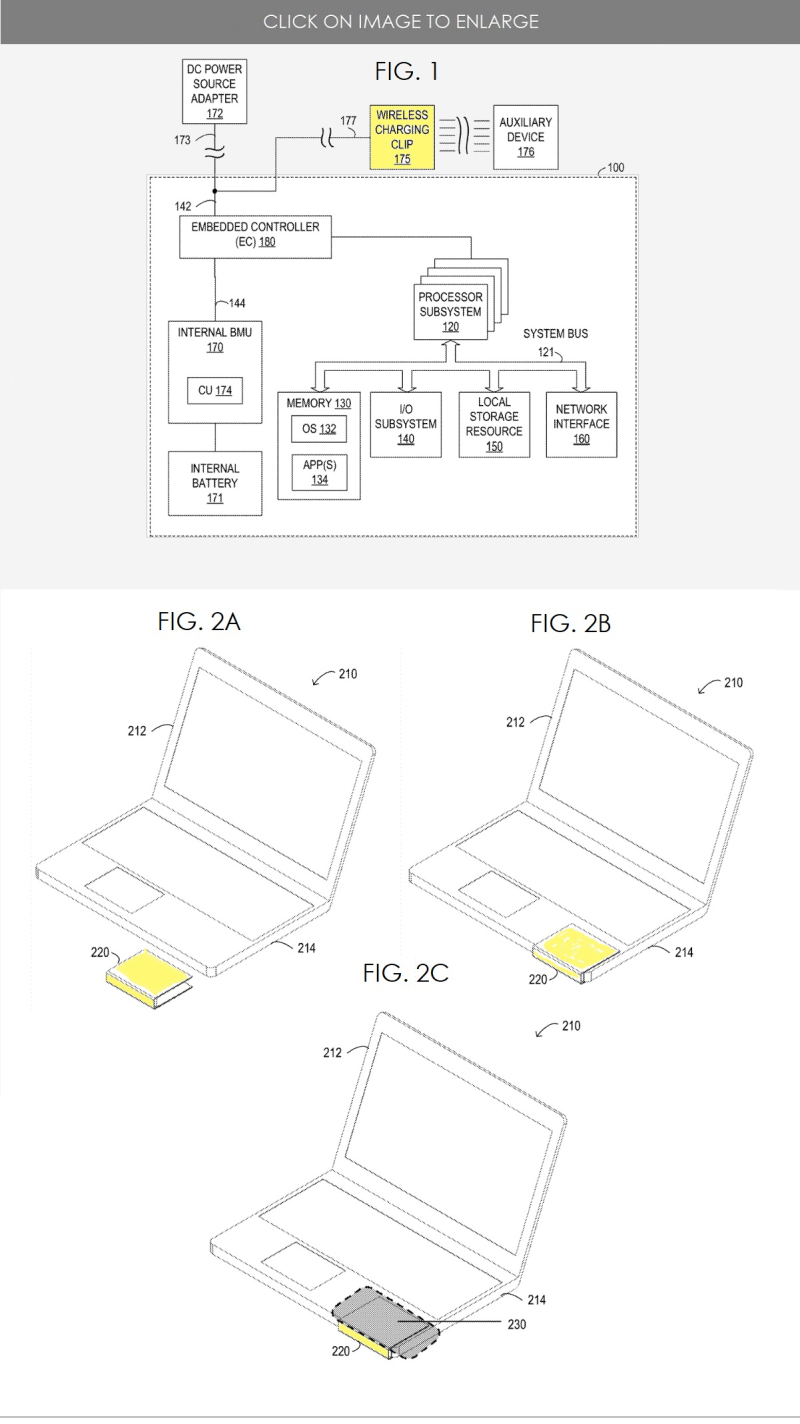 Dell’s patent FIGS. 2A-2C illustrates the separate wireless charging clip before attachment to a notebook, the attached to the notebook and finally showing a smartphone recharging while sitting on the clip.

Dell’s patent FIG. 5 below illustrates example positions for holding force magnets and alignment magnets on an information handling system onto which a detachable charging clip is to be installed. 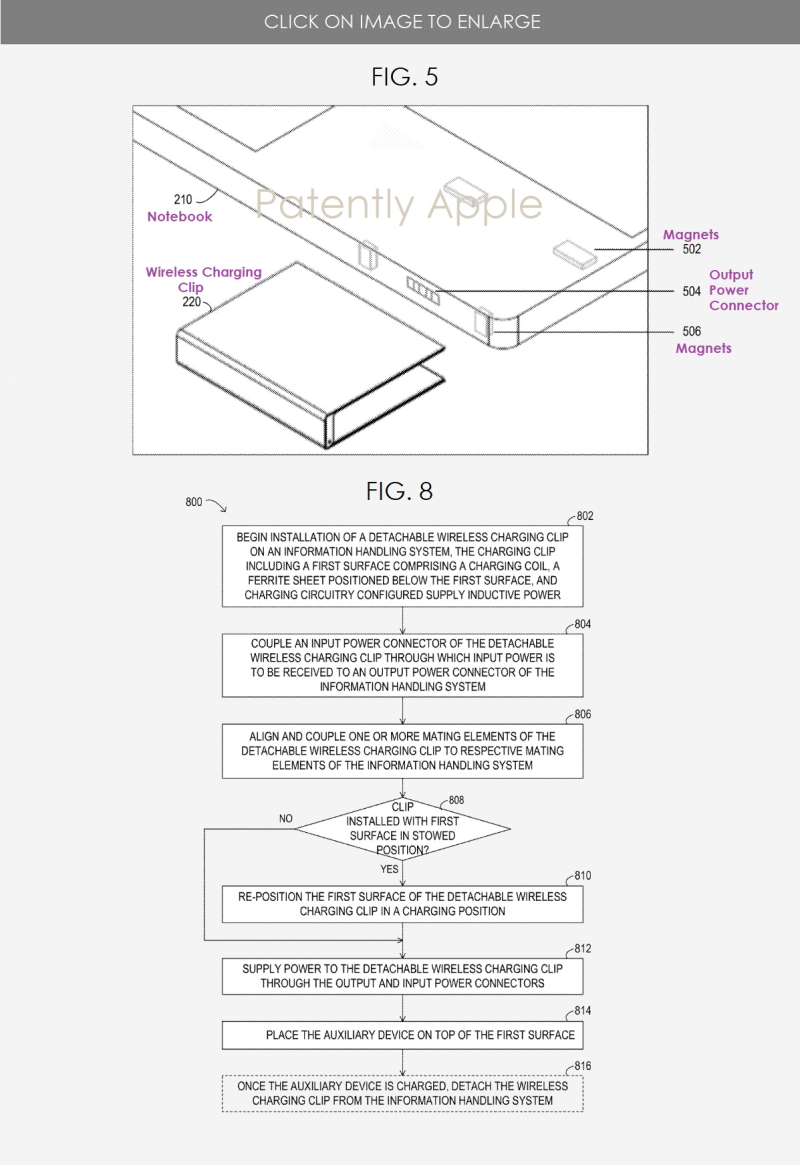 It would be disappointing, to say the least, should Dell or any other OEM beat Apple to market with this concept, being that Apple has been working on this for the past eight years.