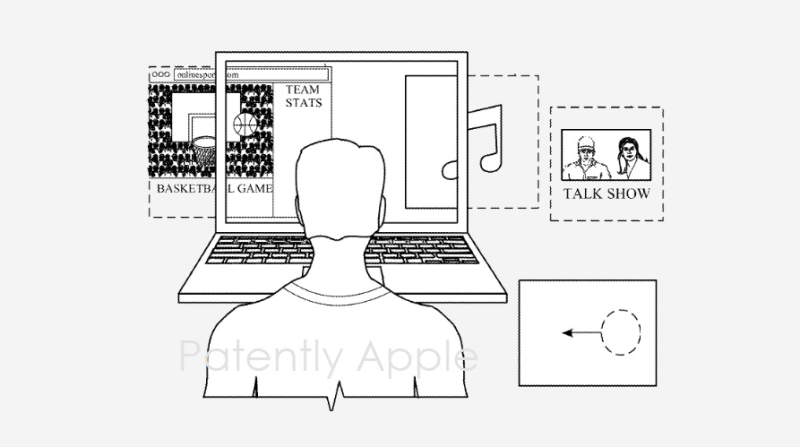 Today the U.S. Patent and Trademark Office officially published a series of 66 newly granted patents for Apple Inc. In this particular report we briefly cover two audio related patent, with one focused on managing Spatial Audio. Our report also covers two iPhone 13 Pro MagSafe case design patents and as always, we wrap up this week's granted patent report with our traditional listing of the remaining granted patents that were issued to Apple today.

More specifically, Apple's patent covers an audio system that adjusts one or more beam patterns emitted by one or more loudspeaker arrays based on the preferences of users/listeners is described. The audio system includes an audio receiver that contains a listener location estimator, a listener identifier, and a voice command processor. Inputs from the listener location estimator, the listener identifier, and the voice command processor are fed into an array processor. The array processor drives the one or more loudspeaker arrays to emit beam patterns into the listening area based on inputs from each of these devices. By examining the location, preferred usage settings, and voice commands from listeners, the generated beam patterns are customized to the explicit and implicit preferences of the listeners with minimal direct input.

Apple's patent FIG. 7B below shows beam patterns generated for listeners 5A and 5B based on the voice commands. 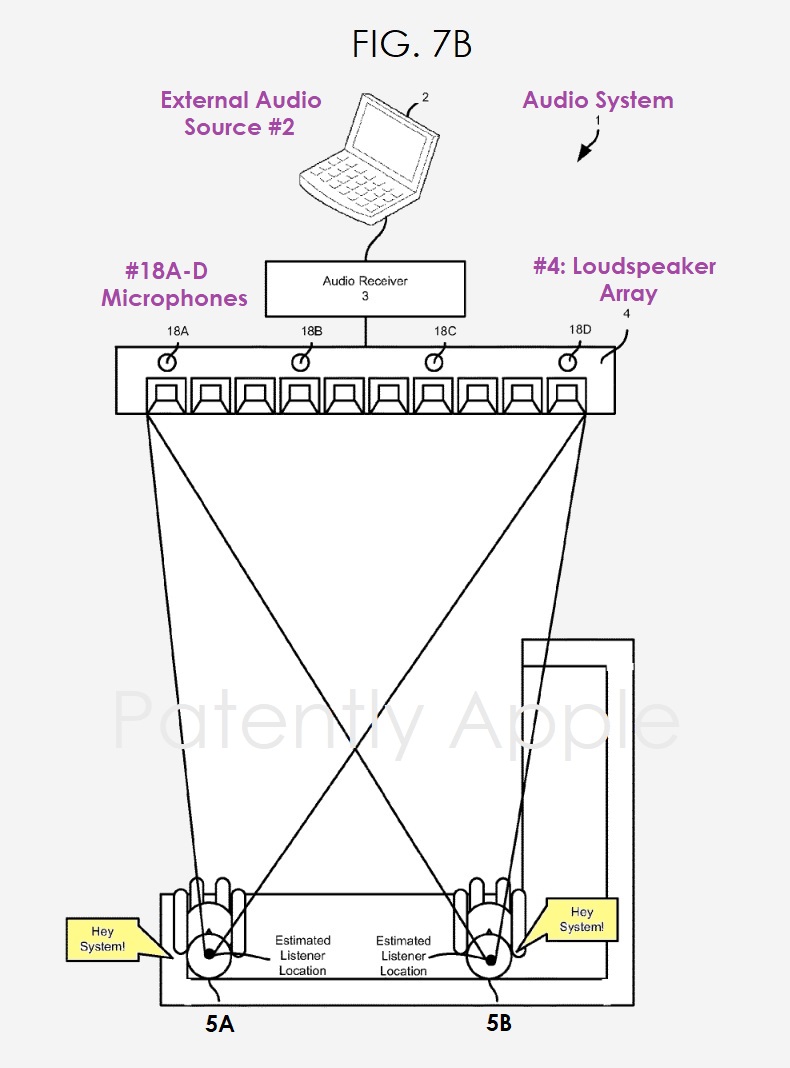 Apple's patent FIG. 6B below illustrates an exemplary technique for transitioning between visual elements. 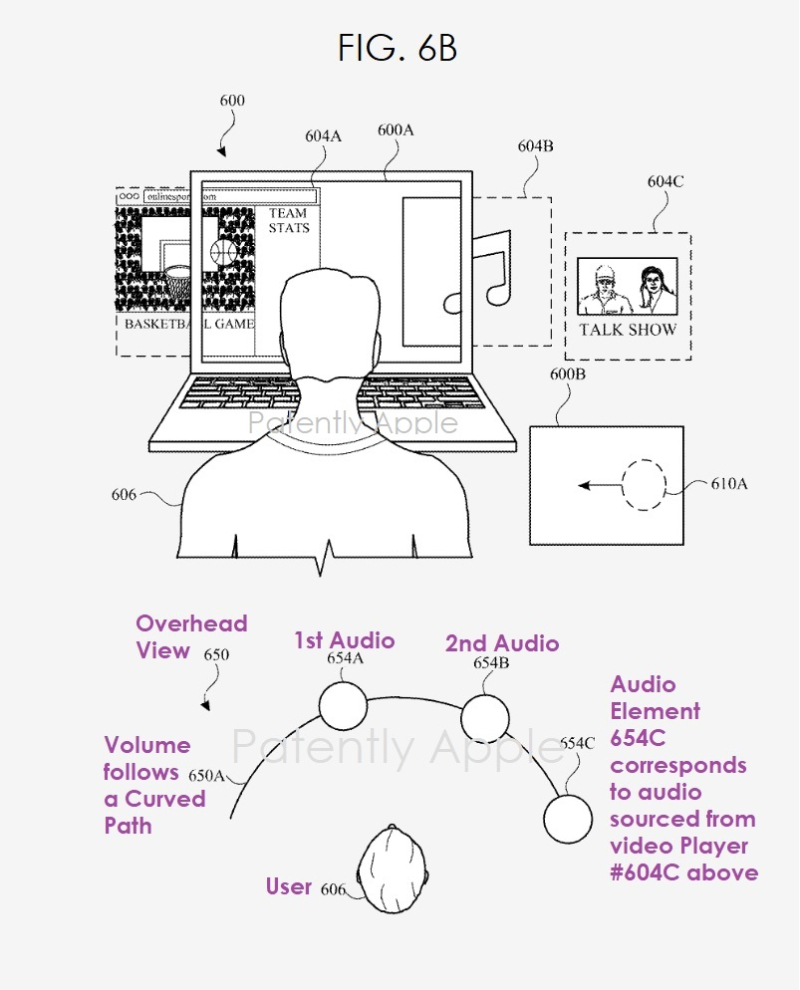 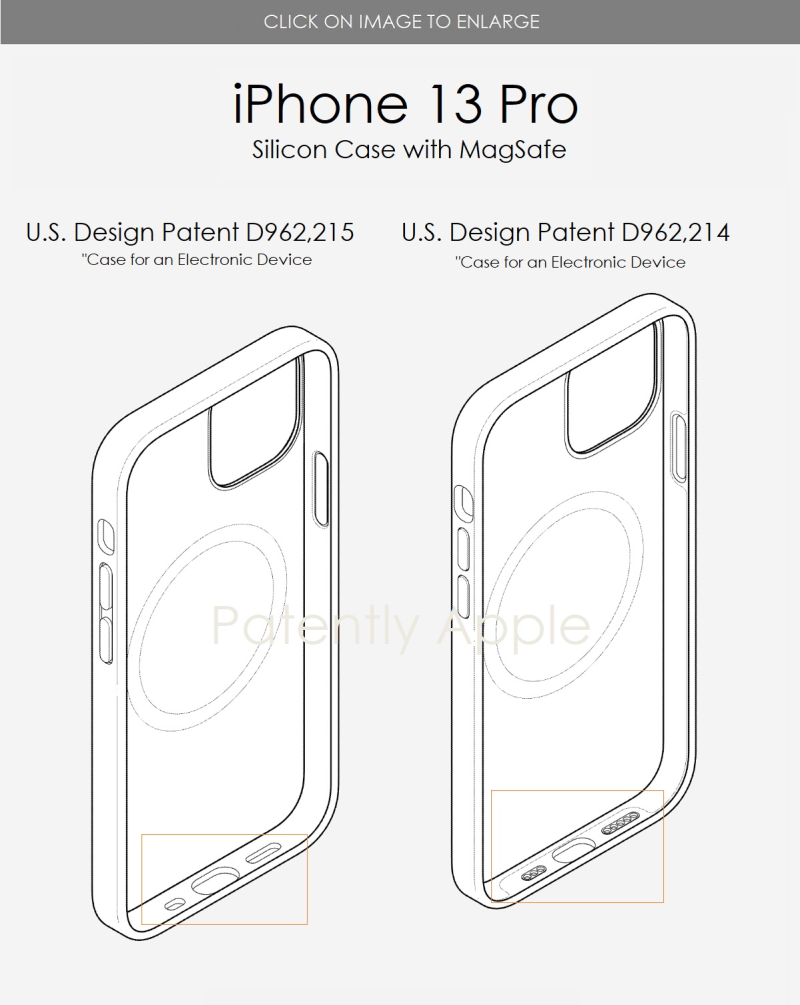 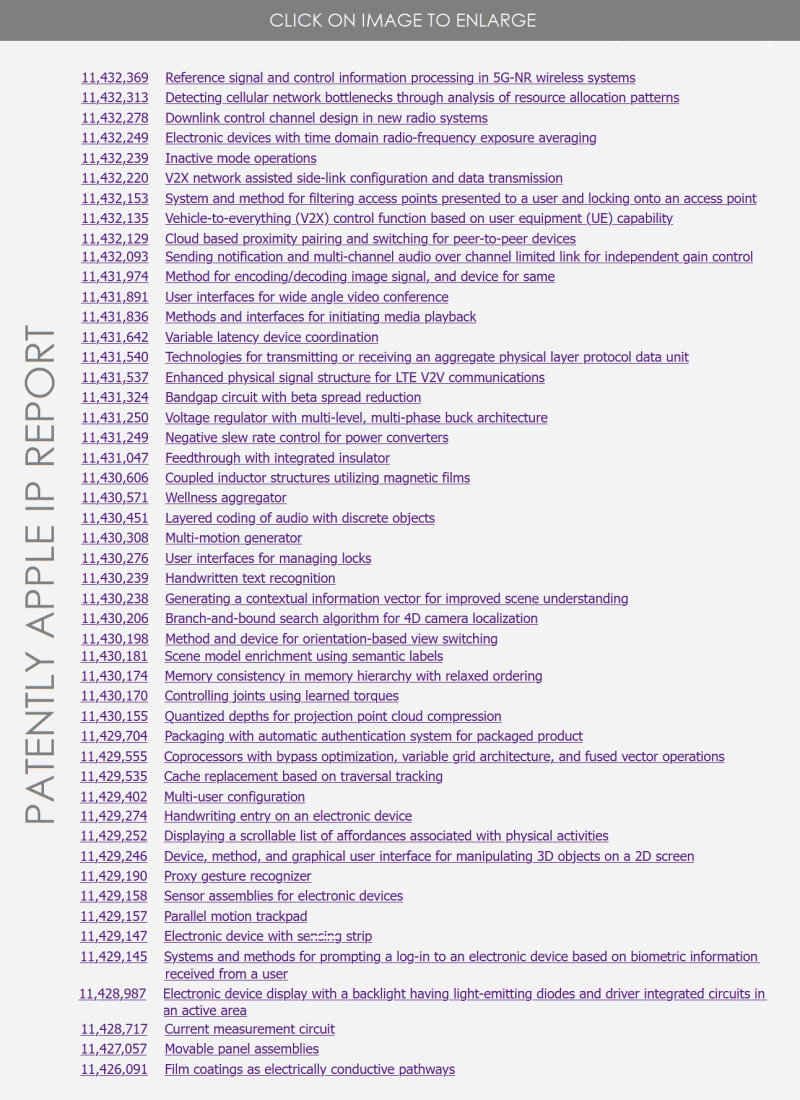