On Tuesday, the U.S. Patent and Trademark Office officially published a series of 60 newly granted patents for Apple Inc. In this particular report we briefly cover two patents. The first relates to Apple's future autonomous vehicle and the second relates to an ultrasonic water-agnostic touch detection sensor. And as always, we wrap up this week's granted patent report with our traditional listing of the remaining granted patents that were issued to Apple today.

In September 2020 Patently Apple posted a report titled "A new Project Titan Patent from Apple covers an Autonomous Navigation System that includes an 'Intention Recognition' Module." The patent relates to an autonomous navigation system of a vehicle which includes various dynamic elements, based on predicting trajectories of the vehicle and real-world dynamic elements based on recognizing contextual cues using a new "intention recognition' module. 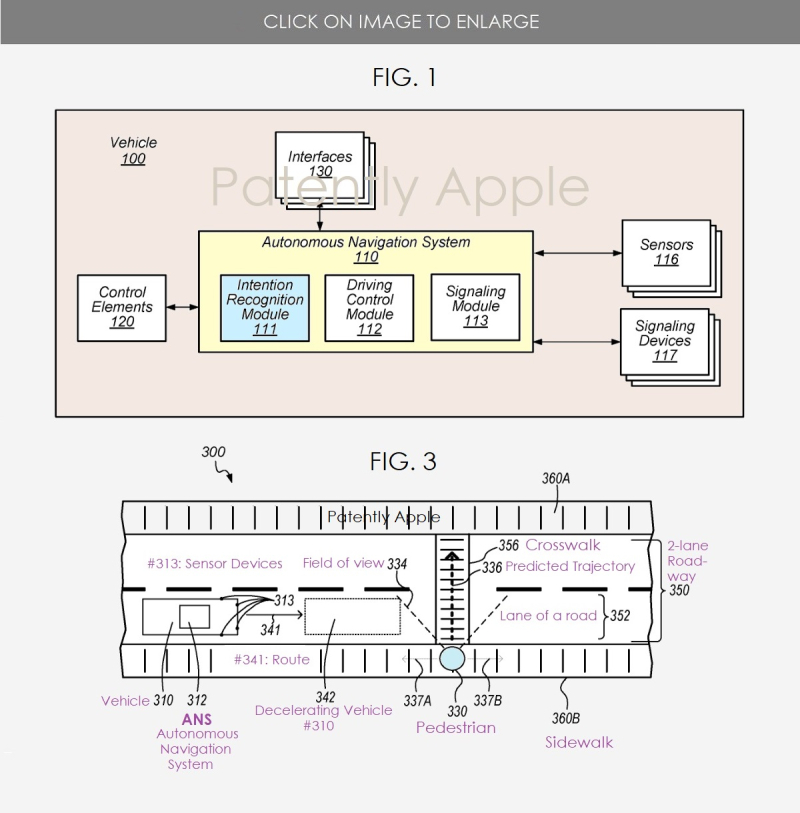 For a quick overview of the invention you could review our original Patent Application report here or review Apple's granted patent 11,423,665 here.

Earlier today Patently Apple posted a report titled "Apple wins a Patent for an Apple Watch that could better function in Wet Conditions using a Force Detection Assembly" that was primarily focused on Apple Watch. Yesterday Apple was granted a second patent about ultrasonic water-agnostic touch detection systems capable of detecting touches and also water on a detection surface for Mac and all mobile device displays. It's certainly an alternative design from the patent published earlier today.

In contrast, when water (or other liquid) is in contact with the sensing plate, compressional energy is absorbed and the reflection of the compressional wave can significantly decrease in amplitude, while little or no energy from the shear wave is absorbed, so the reflection of the shear wave can be received without a significant decrease in amplitude. 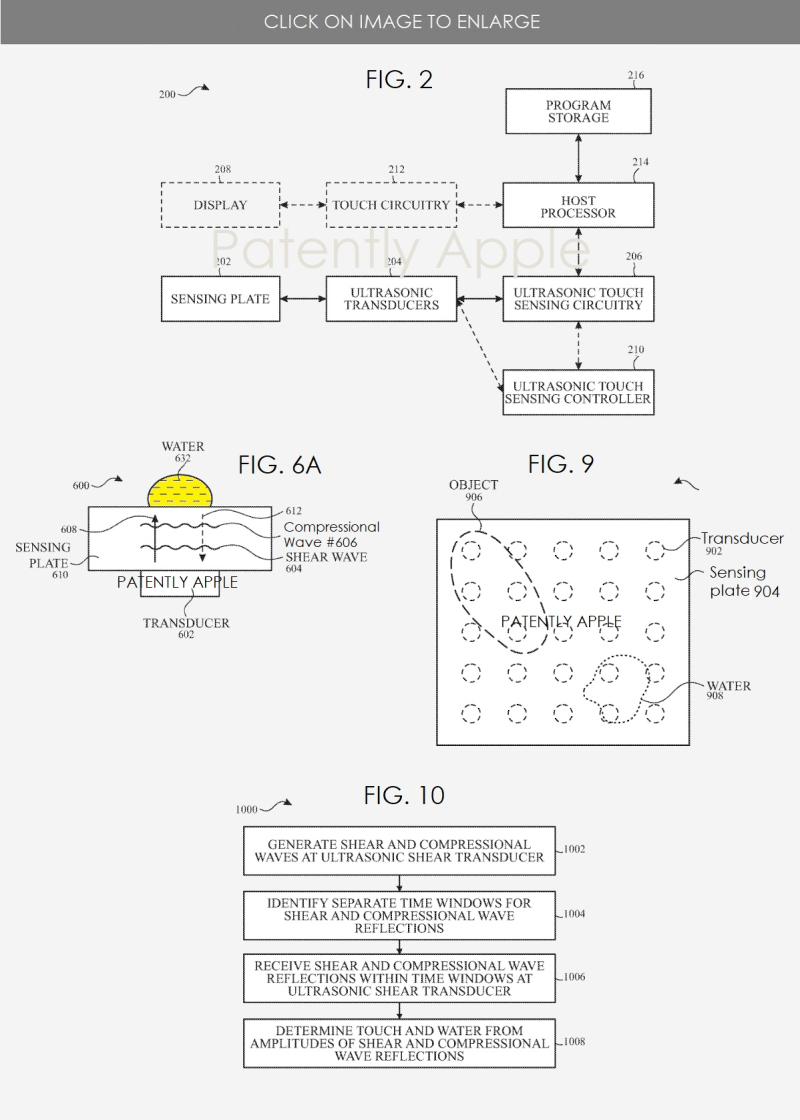 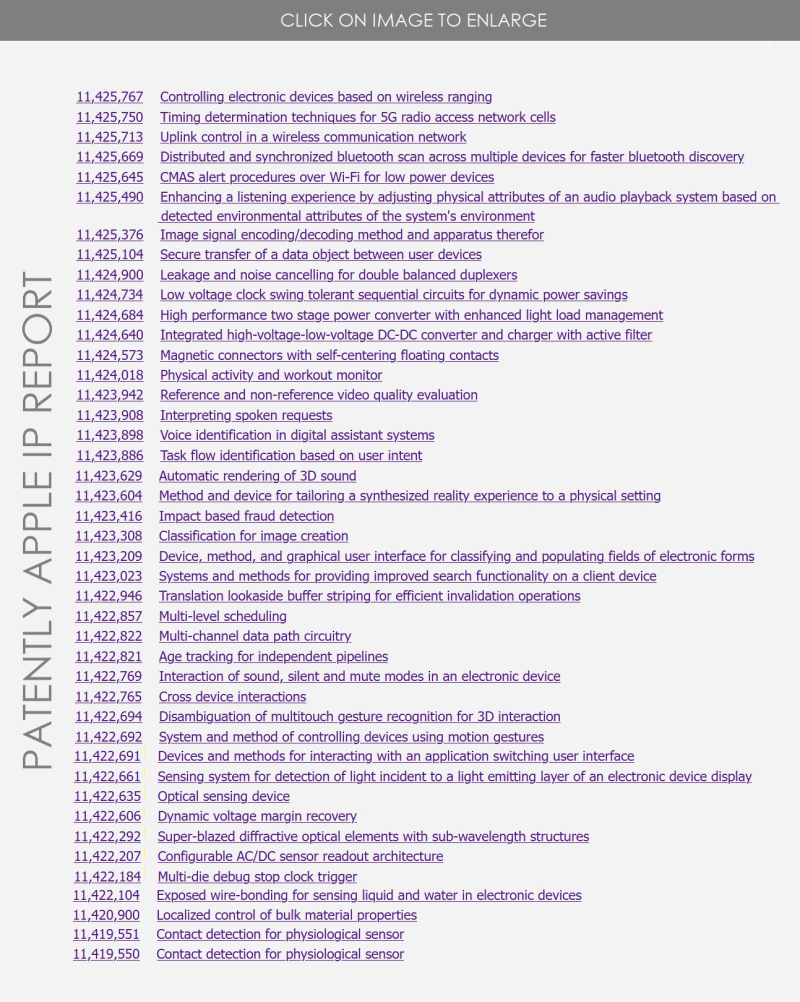