Apple's patent FIG. 34 below is a block diagram that shows an example of a future autonomous vehicle; FIG. 2 is a detailed side view of the vehicle body. 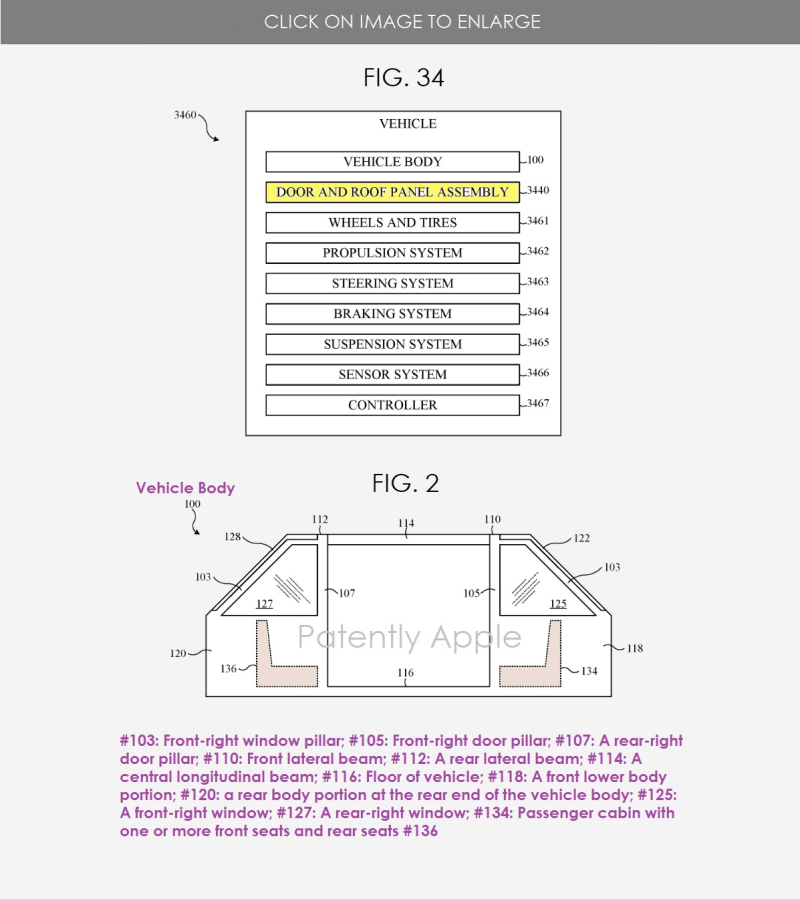 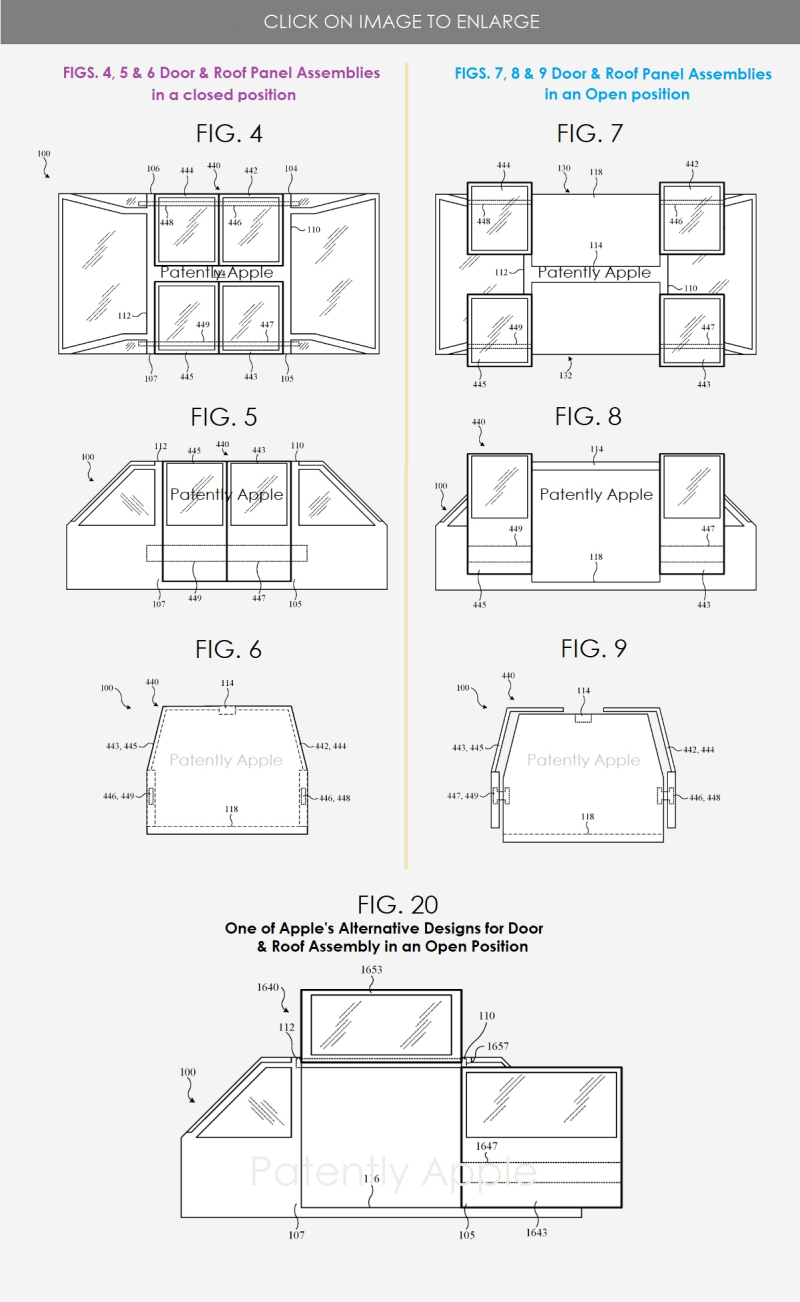 Apple's patent FIG. 20 above is just one of the alternative door and assembly designs illustrating a single sliding door opened to the right.

The patent does at times veer off to describe other aspects of these future autonomous vehicles. In one segment, Apple's patent states:

The controller may determine operating parameters, settings, and/or commands for components of systems of the vehicle using sensor outputs that are provided to the controller from the sensor system.