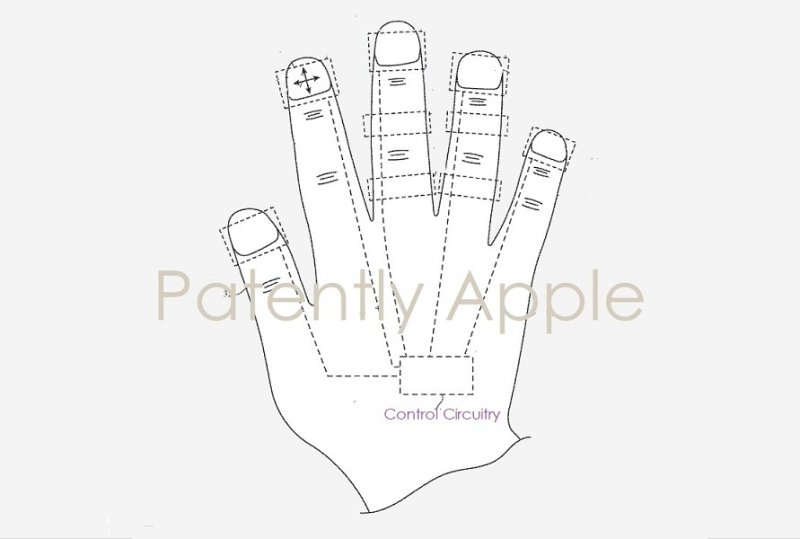 Today the U.S. Patent and Trademark Office officially granted Apple a patent that relates to finger sensor devices that will provide accurate hand feedback allowing users to work with content seen on the display of a headset using three-dimensional air gestures and more.

For example, the control circuitry may supply haptic output to a user's fingers based on wirelessly received information from the external device. The haptic output may correspond to virtual reality or augmented reality haptic output.

The finger-mounted units may each have a body. The body serves as a support structure for components such as force sensors, accelerometers, and other sensors and for haptic output devices. During operation, a user may wear the finger mounted units on the tips of the user's fingers while interacting with external objects.

The body of each finger-mounted unit may have a U-shaped cross-sectional profile that leaves the finger pad of each finger exposed when the body is coupled to a fingertip of a user's finger. The control circuitry may gather finger press input, lateral finger movement input, and finger tap input using the sensors and may provide haptic output using the haptic output device.

Apple's patent FIG. 1 below is a schematic diagram of an illustrative device such as a finger-mounted device; FIG. 2 is top view of a user's hand and illustrative finger-mounted device components on finger tips of the user's hand. Some or all of control circuitry #14 may be contained in units #22 or may be mounted in separate housing structures (e.g., part of a wrist band, a glove, a partial glove such as a fingerless glove or glove in which portions have been removed under the pads of a user's finger tips, etc.). 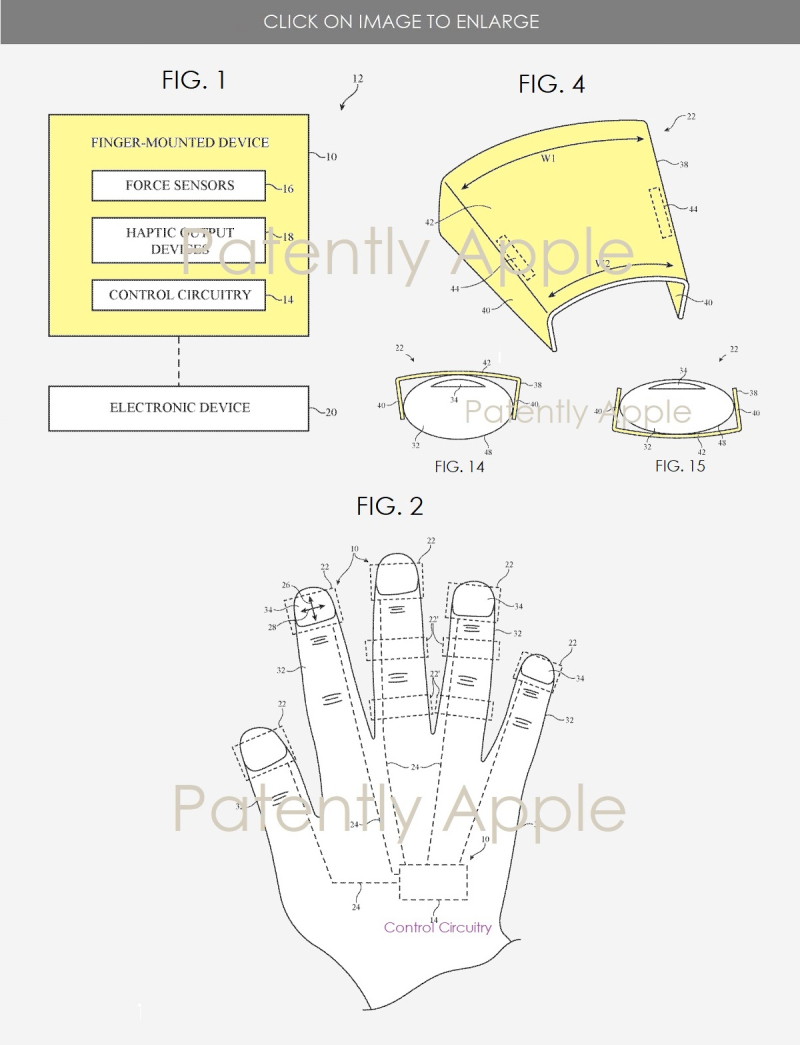 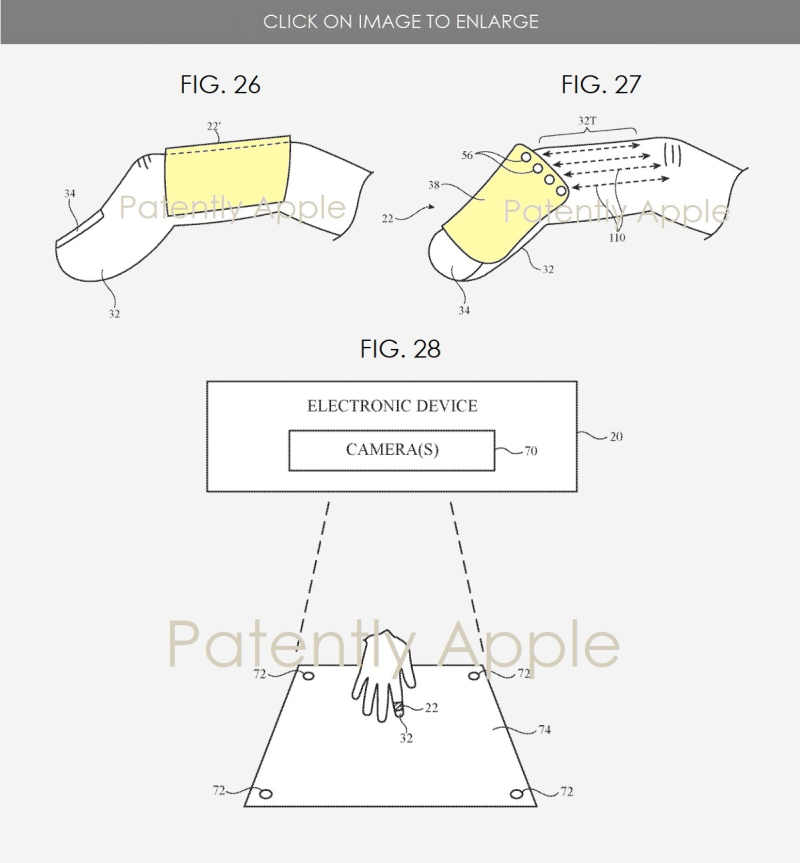 Apple's patent FIG. 3 is an alternative ring style device design. Apple notes that FIG. 3 may, as an example, be formed from a soft elastomeric material, fabric, or other flexible material that allows the user to feel surfaces through the ring (unit #22). If desired, sensors, haptic devices, and or other components may be mounted under the pad of finger #32 in locations such as location #36. 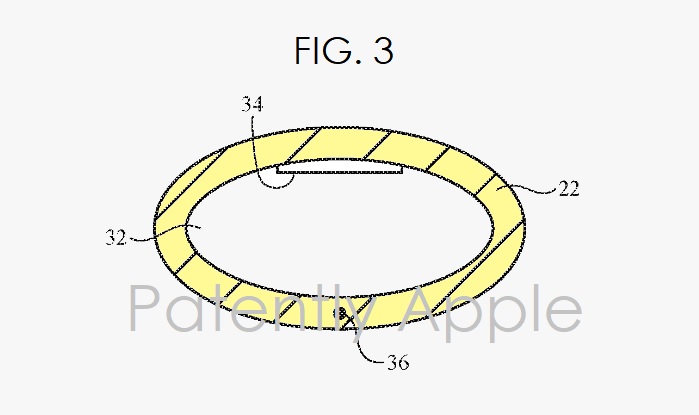 This is Apple's second patent win for this invention. Apple added 20 new patent claims to better define and protect the invention from competitors and patent trolls. Listed below are some of the key additions to Apple's invention: