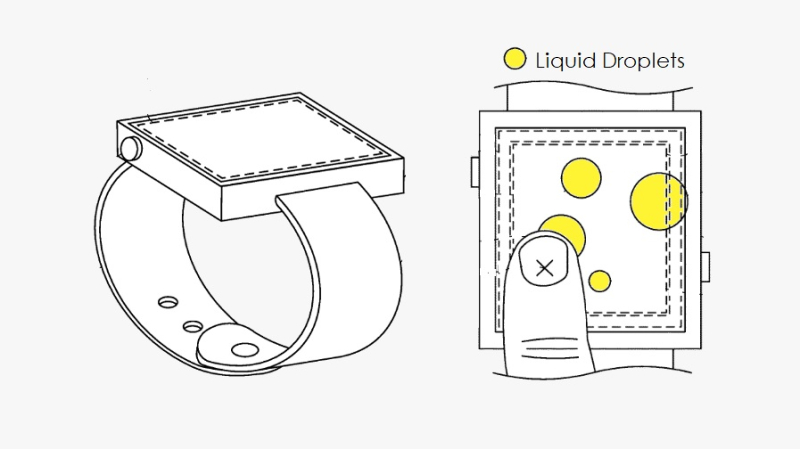 Apple notes that a device like Apple provides Touch input technology may include multiple electrodes that form several capacitors that define an electrostatic field. When a user touches a region of the touch input display, the electrostatic field is altered, as determined by a change in capacitance, in that region. The electronic device can determine the location of the user's touch input based on the capacitance change.

Alternatively, ungrounded water on the display may cause the touch input display to be non-responsive to a touch input from a user. In either event, the touch input capability of the electronic device is limited to other input mechanisms, such as buttons.

In Apple's patent FIG. 6 below we see a plan view that partially shows an Apple Watch (#100) with liquid droplets (#142a/b/c/d) partially covering the transparent layer #106. Traditionally, water droplets could be falsely read as user input. To get around this, Apple's patent discusses the use of 'Force Touch' being used on the Apple Watch transparent layer illustrated in patent FIG. 7. 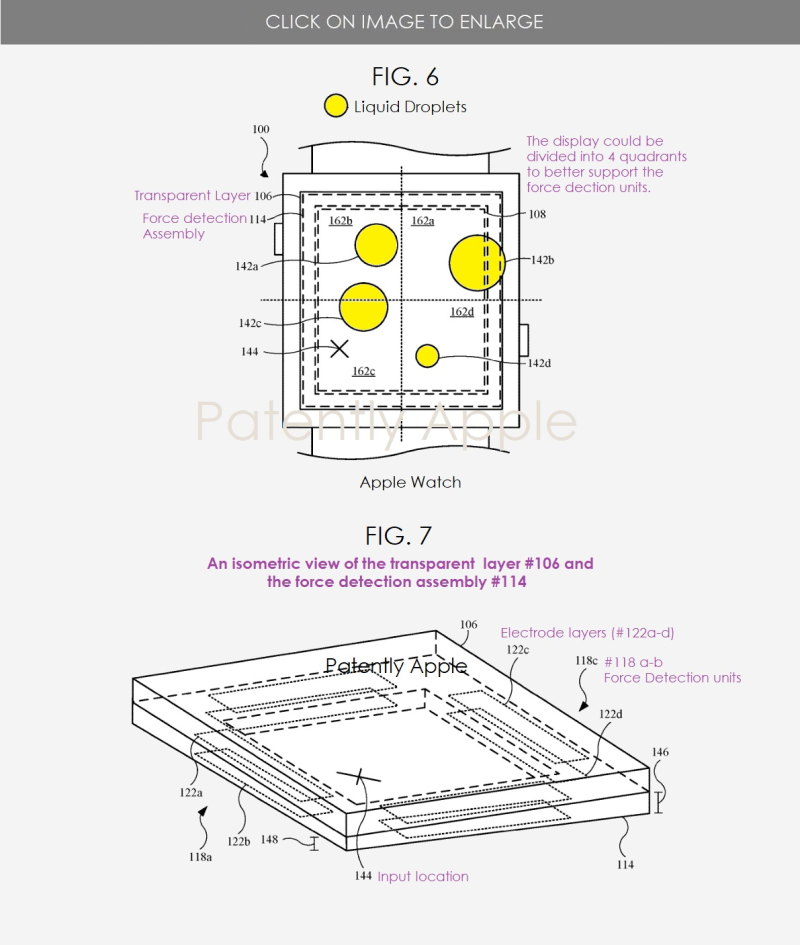 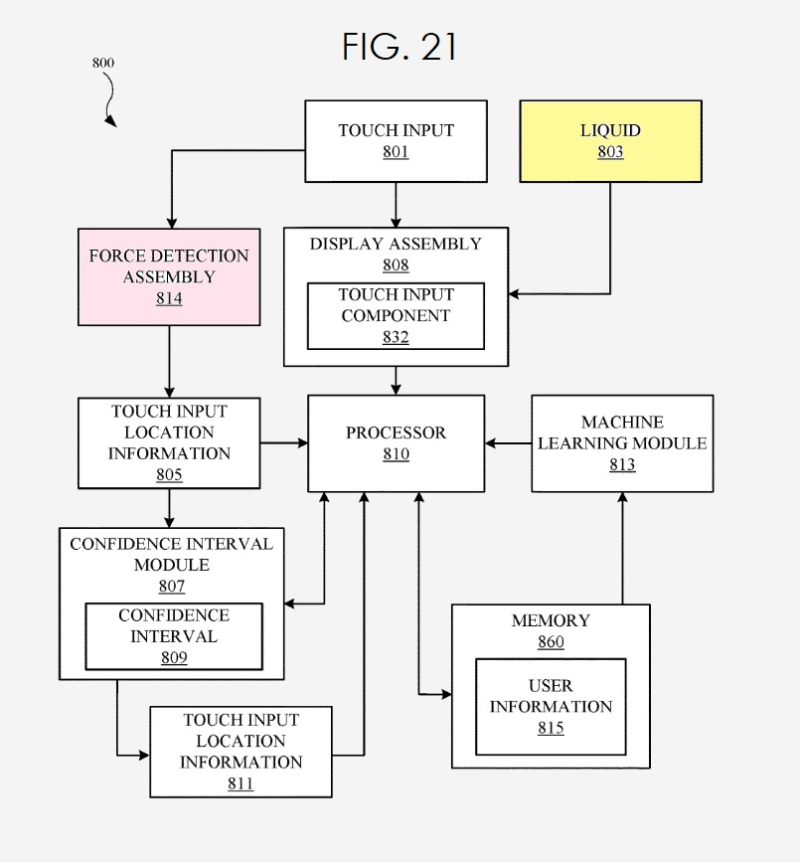