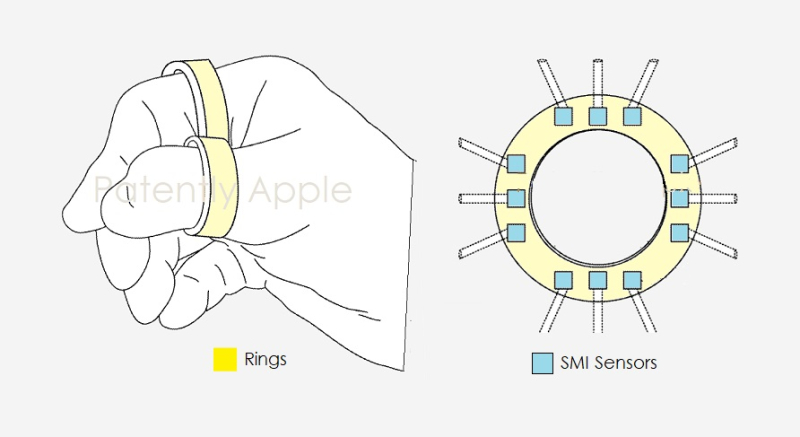 Today the U.S. Patent and Trademark Office officially granted Apple a patent that relates to a new self-mixing interferometry (SMI) sensor-based gesture input system. The majority of the invention relates to a smart ring being used alone or in pairs, with or without an Apple Pencil for AR, VR and MR applications.

In some applications, it is useful for a user to be able to provide input to a system by interacting with a surface (e.g., making a gesture on any random surface, such as a tabletop, wall, or piece of paper), or by making a gesture in free space. 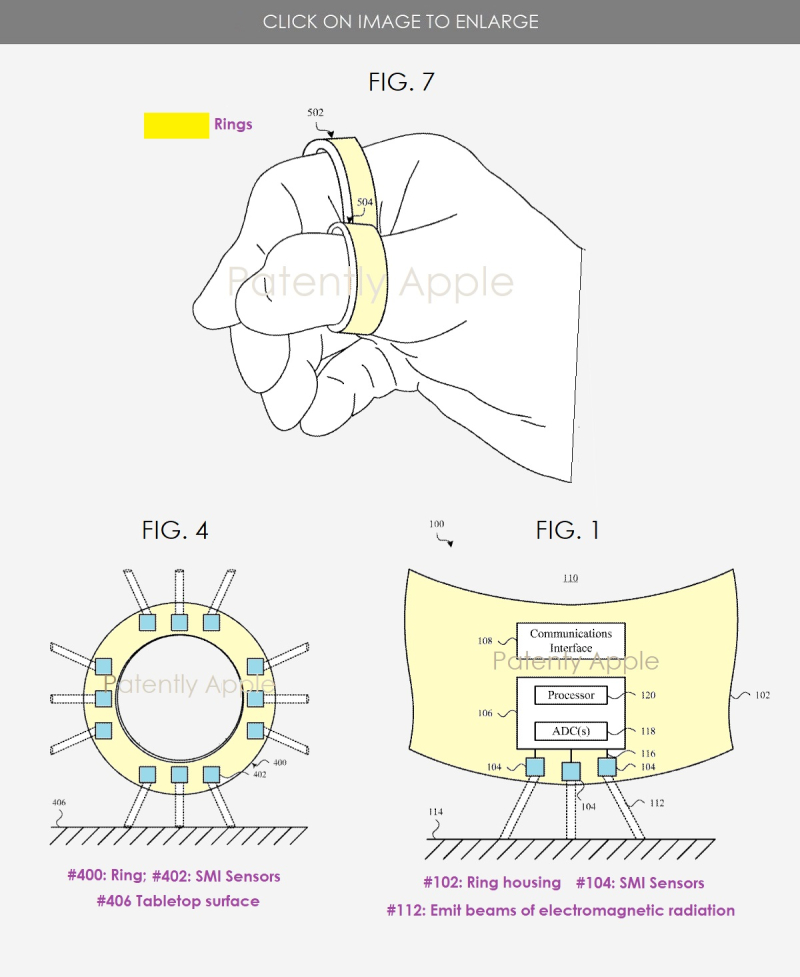 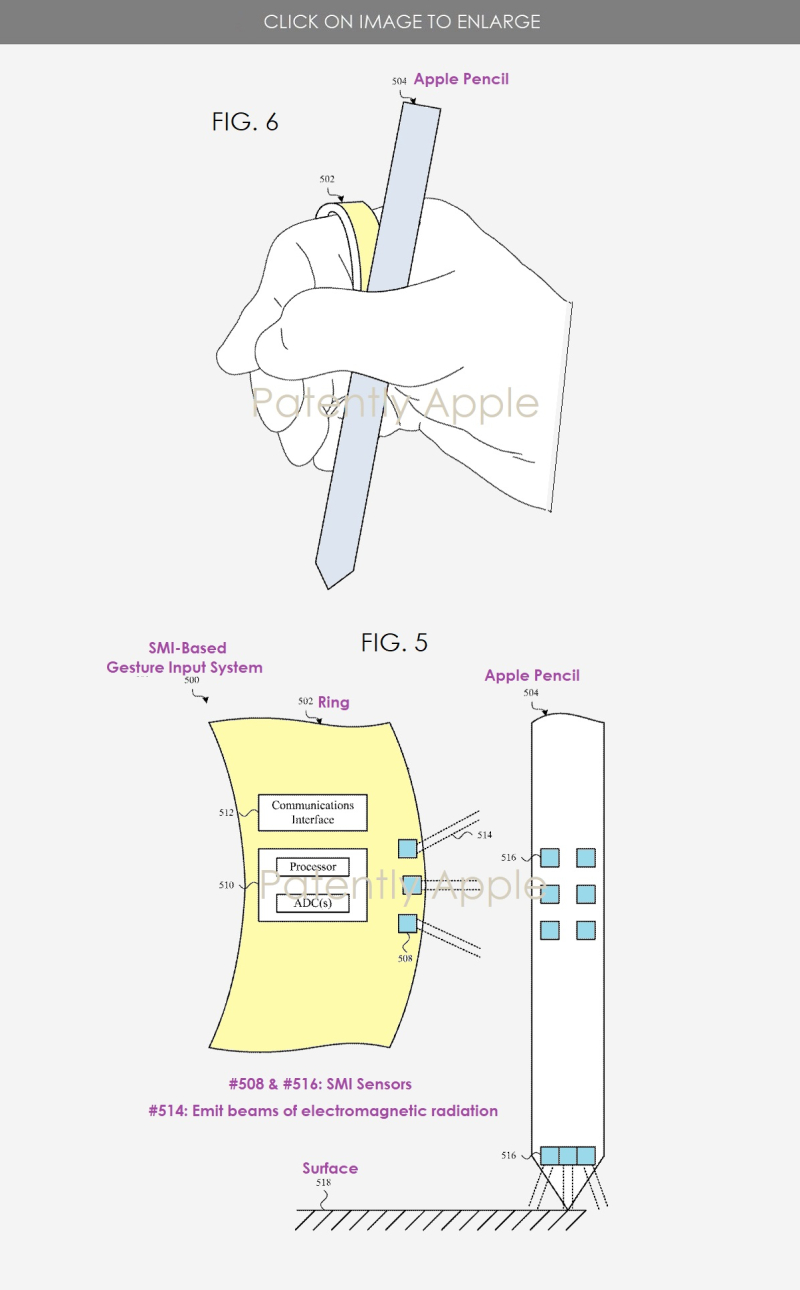 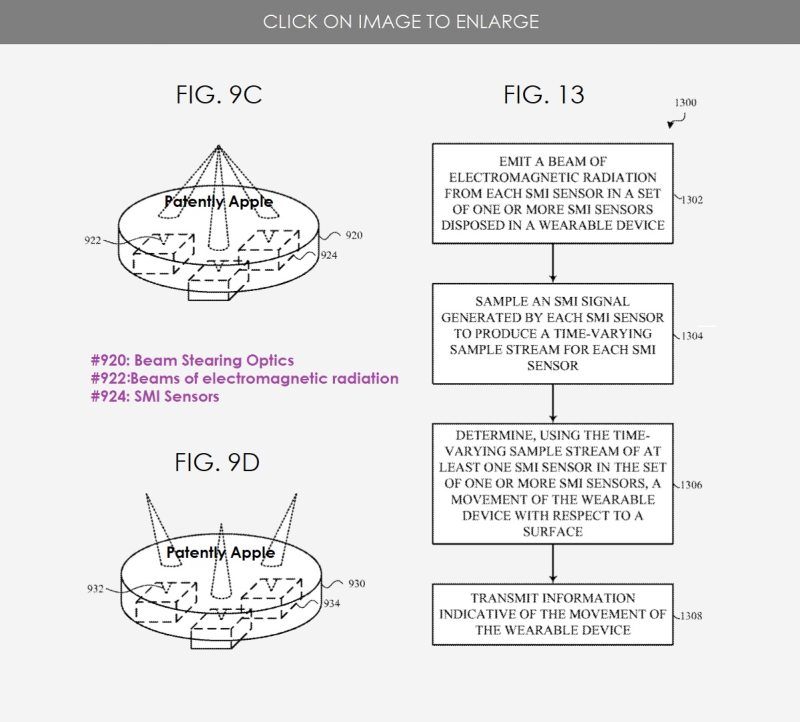