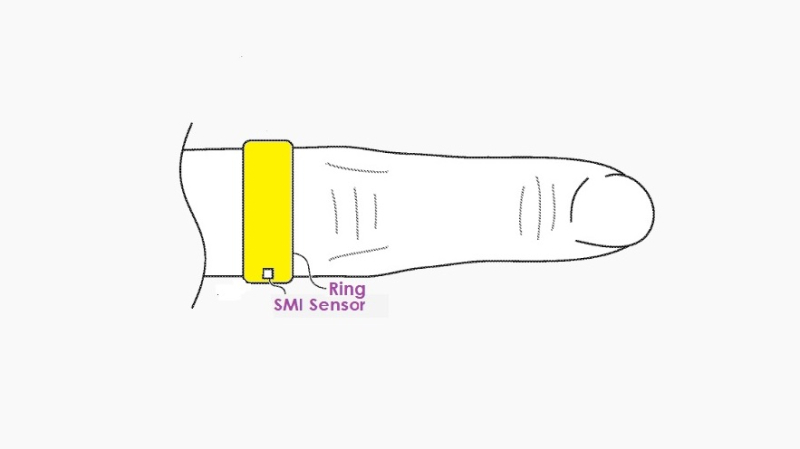 Today the U.S. Patent and Trademark Office officially granted Apple a patent that relates to wearable self-mixing interferometry (SMI) ring used to sense physiological conditions of a user, such as a heart rate, blood oxygen saturation, blood pressure and more. In some embodiments, the ring could support an OLED display with indicator lights. The ring could be a health device that's an alternative to Apple Watch to some degree. And while we're on the topic of health devices, Apple was also granted a patent for the ECG feature for Apple Watch.

Apple describes the ring as possibly providing input structures such as switches, buttons, touch screen inputs, voice inputs, and so on. For example, the wearable device (ring #102) including touch sensors and/or force sensors (e.g., integrated into one or more displays of these devices).

Further, the input structures of ring may detect force and/or touch inputs, whether static or motions, speed, direction, force, displacement, or other parameters of gestures applied to the input regions, including taps, swipes, multi-finger inputs, single- or multi-finger touch gestures, presses, and the like. Such user inputs may be used to control or modify the operation of the ring.

The core of the patent covers the self-mixing interferometry sensor(s) (SMI). The sensor may include an emitter positioned within the housing and configured to output coherent light toward a skin of the user when the housing is worn by the user. The sensor may also include a detector configured to detect a portion of coherent light reflected towards the sensor and generate electrical signals that indicate displacements of the skin based on the portion of coherent light. The electronic device may further include a transmitter operatively coupled with the sensor and configured to transmit physiological data based on the electrical signals. 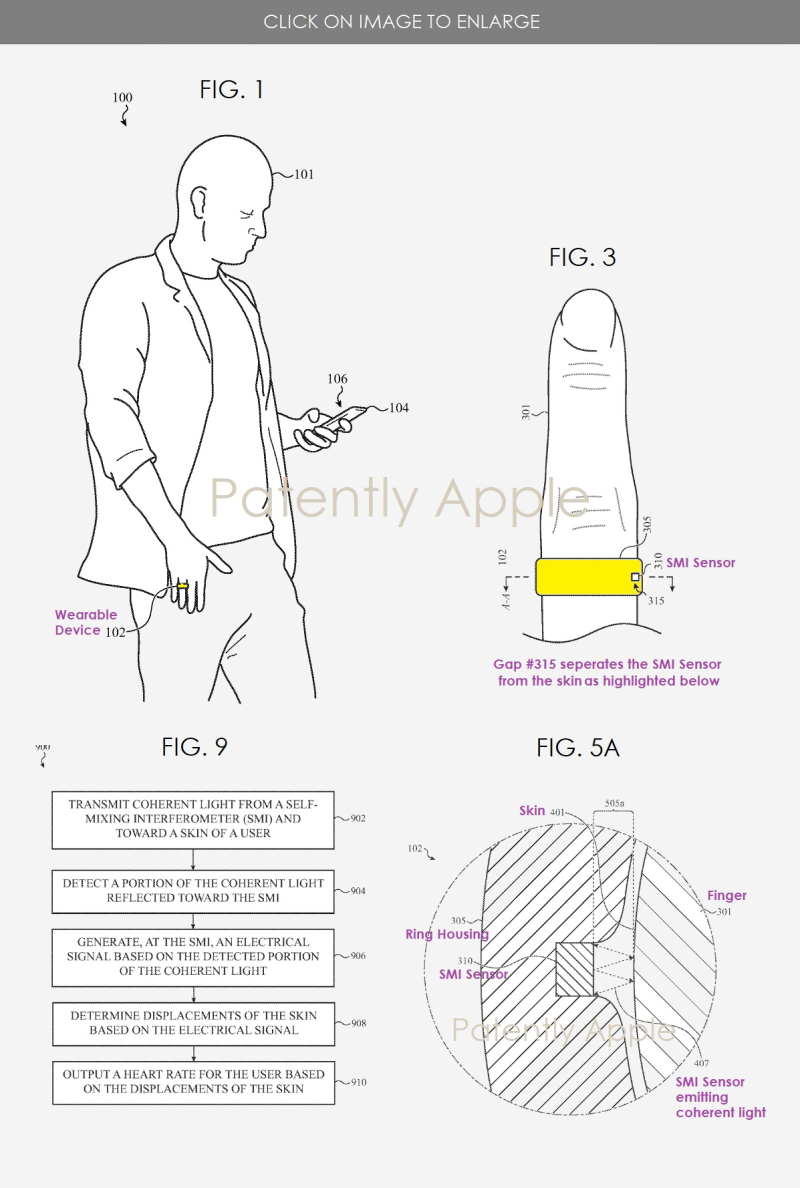 Apple's patent FIG. 5A above illustrates a detailed view of the positioning and interaction of the SMI sensor relative to a finger of a user; and FIG. 9 illustrates an example processes flow for using an SMI sensor to detect one or more physiological parameters of a user.

Coincidentally, Apple was also granted a pair of patents covering the Apple Watch ECG feature today under patent numbers #11,419,550 and 11,419,551. 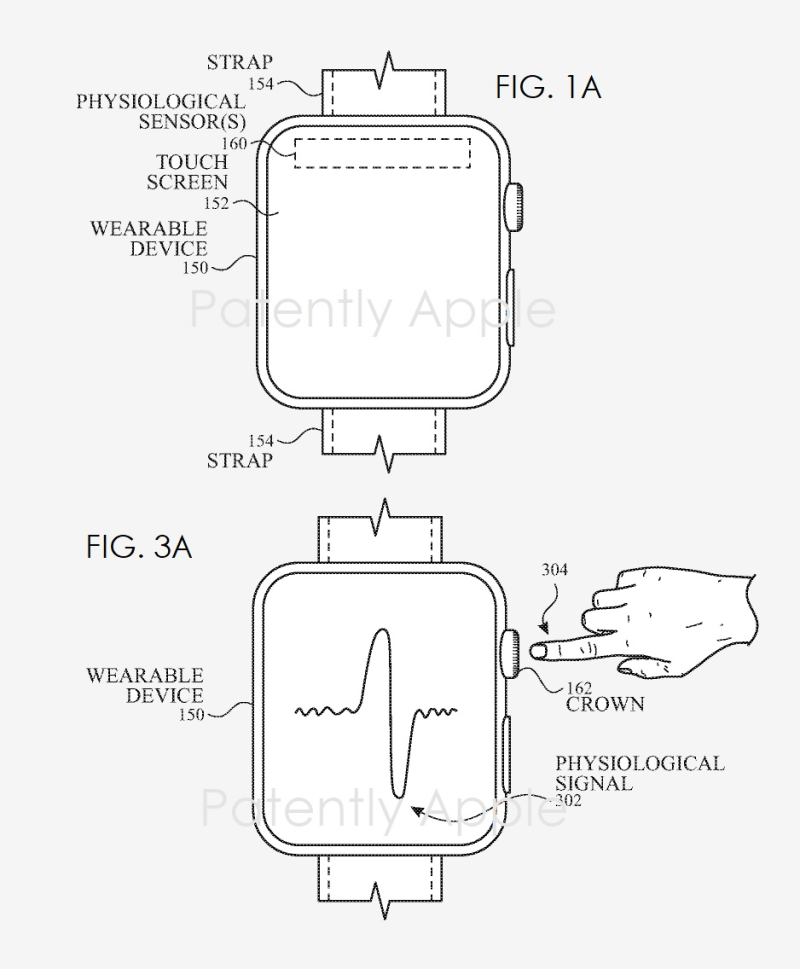