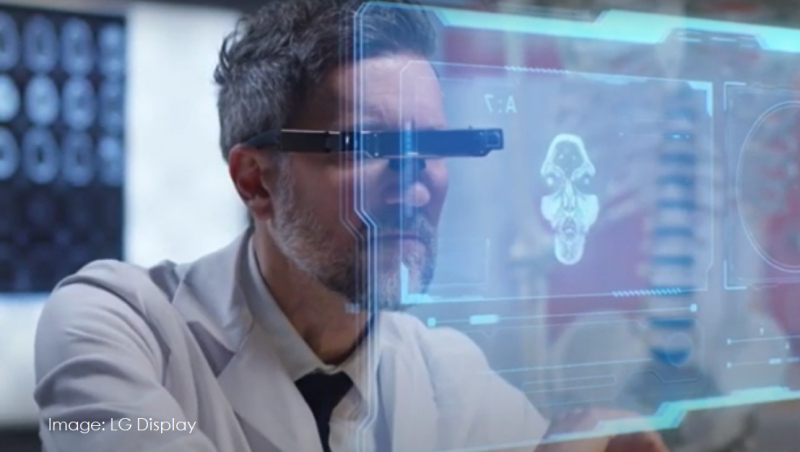 LG Display started developing OLEDoS for Apple but has now recently begun developing LEDoS technology as well. The company’s OLEDoS is expected to be used in Cupertino’s first mixed reality device that will debut next year.

The OLEDoS inside Apple’s HMD device will be supplied by Sony and the outer screen by LG Display which was first covered by Patently Apple in mid-July. Japan’s Sony is currently the leader in OLEDoS and it uses white OLEDs and red, green and blue color filters.

Now Samsung Display is aiming to supply its OLEDoS to parent company Samsung in 2024 with a resolution of 3,000 pixels per inch (ppi) and 10,000nit brightness.