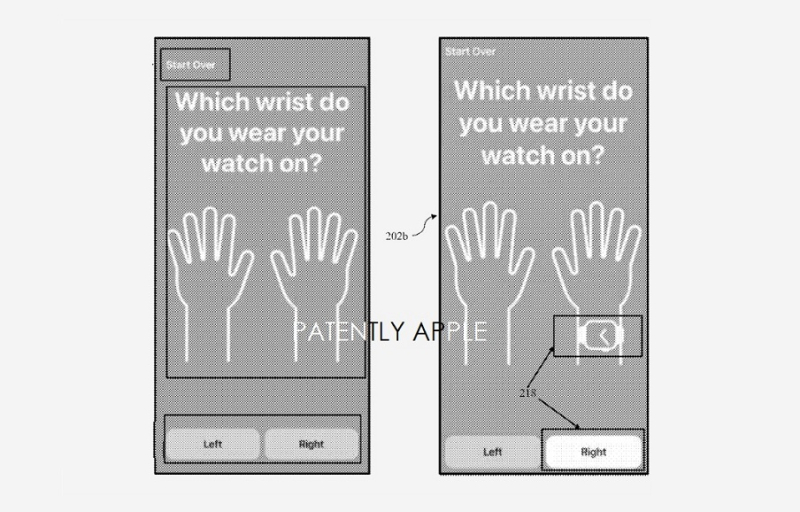 Today the US Patent & Trademark Office published a patent application from Apple that relates to a future Apple Watch performing touchless wrist measurement and, in particular, to systems, methods, and devices that determine a wrist measurement or watch band size using depth data captured by a depth sensor of an electronic device like an iPhone.

Apple notes that existing measuring techniques have various disadvantages with respect to measuring a person's wrist. Such techniques may require special measuring equipment such as a body measuring ruler or tape that require contact with the person's wrist and that may be cumbersome to use and subject to error.

Optionally, the depth map images may include depth values for portions of a hand, all of the hand, and/or portions of the arm above the wrist. In some implementations, guidance regarding positioning of the wrist is provided while the depth data is obtained by the depth sensor. 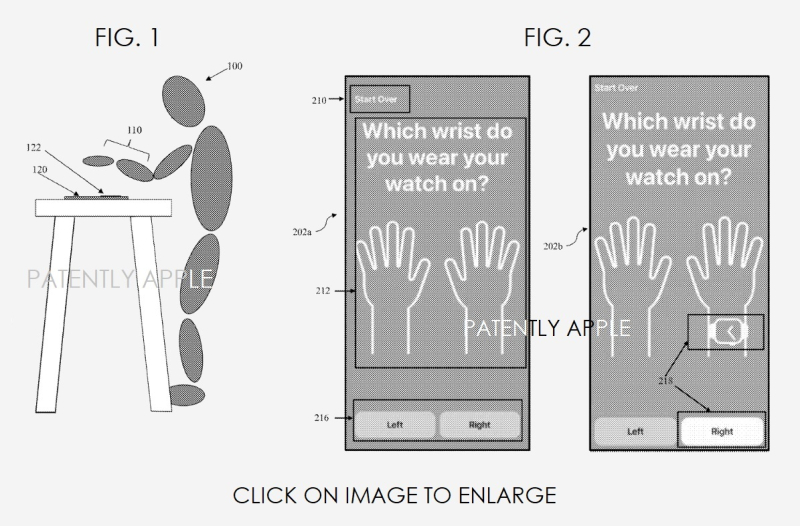 For example, the instruction area may say "center your right wrist palm down in the view below" and "position the solid dot inside to fill the hollow circle" (e.g., move the variable indicator relative to the fixed indicator). 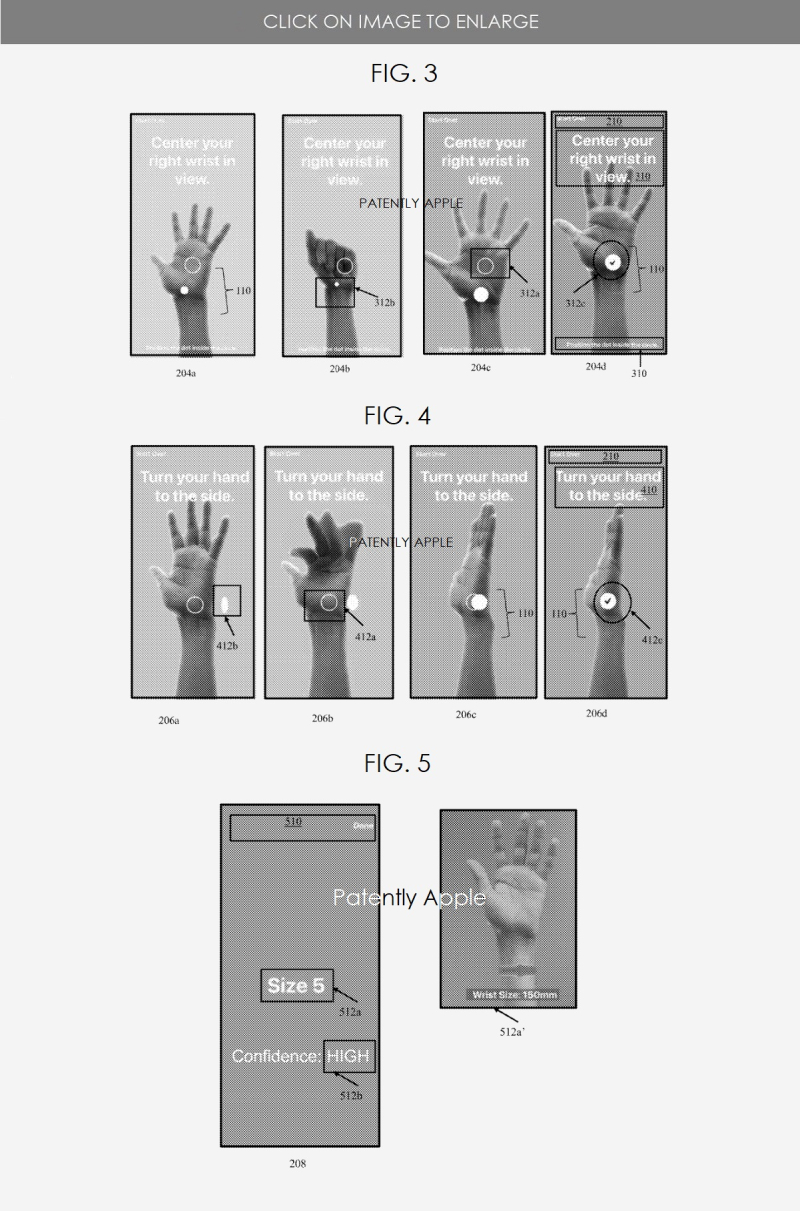 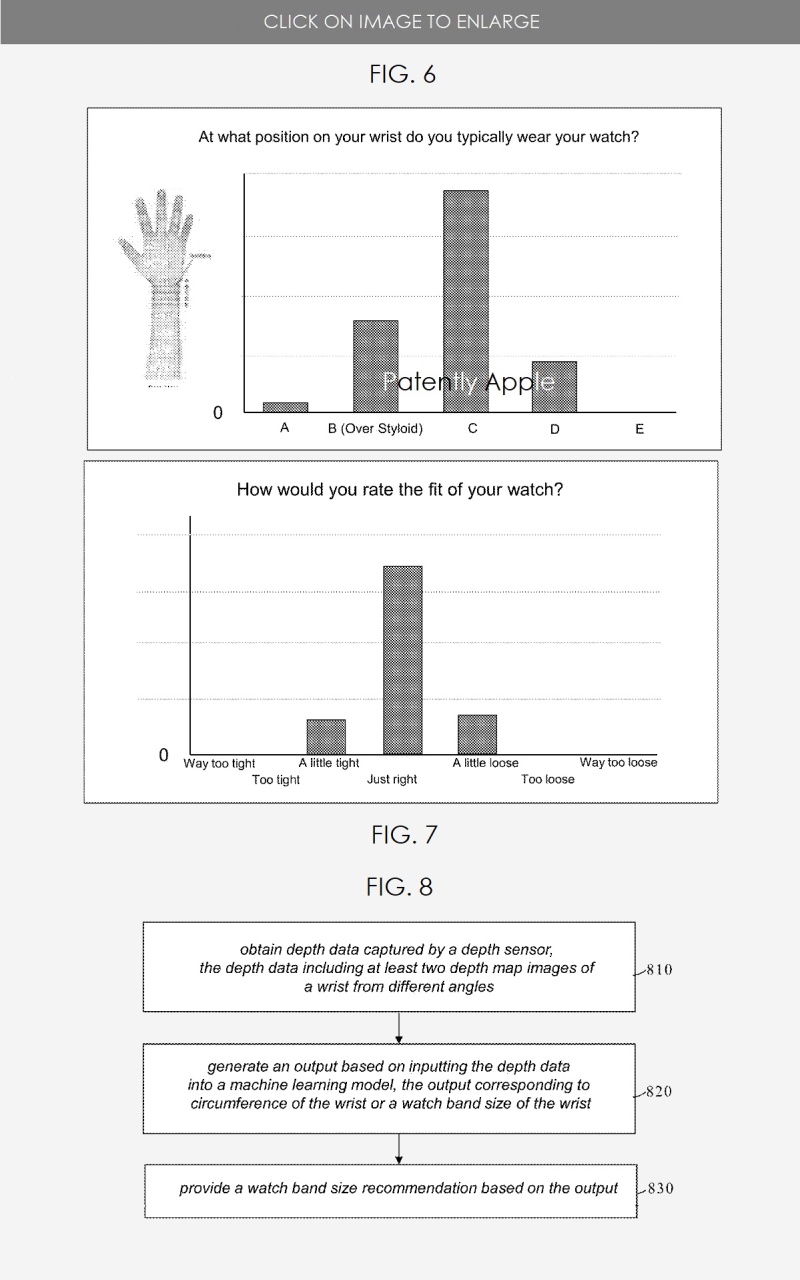 Apple's patent FIG. 8 above is a flowchart illustrating an exemplary method of determining a wrist measurement or watch band size using depth data captured by a depth sensor.