All major Apple Stores that are opening today include giant screens where Apple staff hold classes on a variety of topics such as photography or Apple iPad/Pencil drawing and so forth. Today the US Patent & Trademark Office published a patent application from Apple that relates to a possible next-gen tilted display system so that different content can be displayed in different configurations.

Apple notes in their patent background that displays are used to present visual content to users. In some applications, large display size is desirable. For example, it is sometimes desirable to present television content on large displays to facilitate viewing by large groups of people. At the same time, large devices can be visually intrusive.

In the untiled mode, the display panels of the tiling display system are moved apart. In this mode, each display panel can display different content such as different static images. 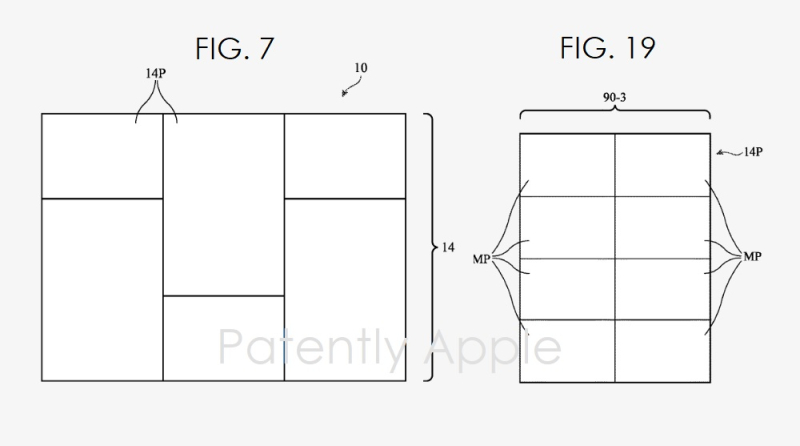