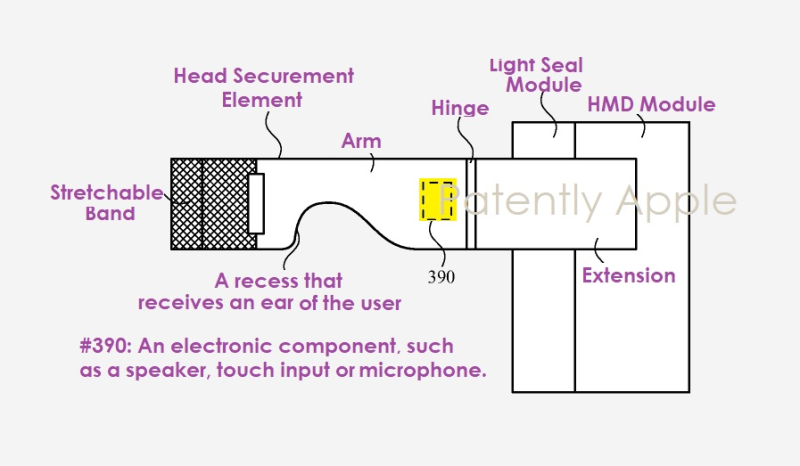 Apple’s first granted patent covers Head-mountable devices, such as head-mountable displays, headsets, visors, smartglasses, head-up display, etc., can perform a range of functions that are managed by the components (e.g., sensors, circuitry, and other hardware) included with the wearable device. 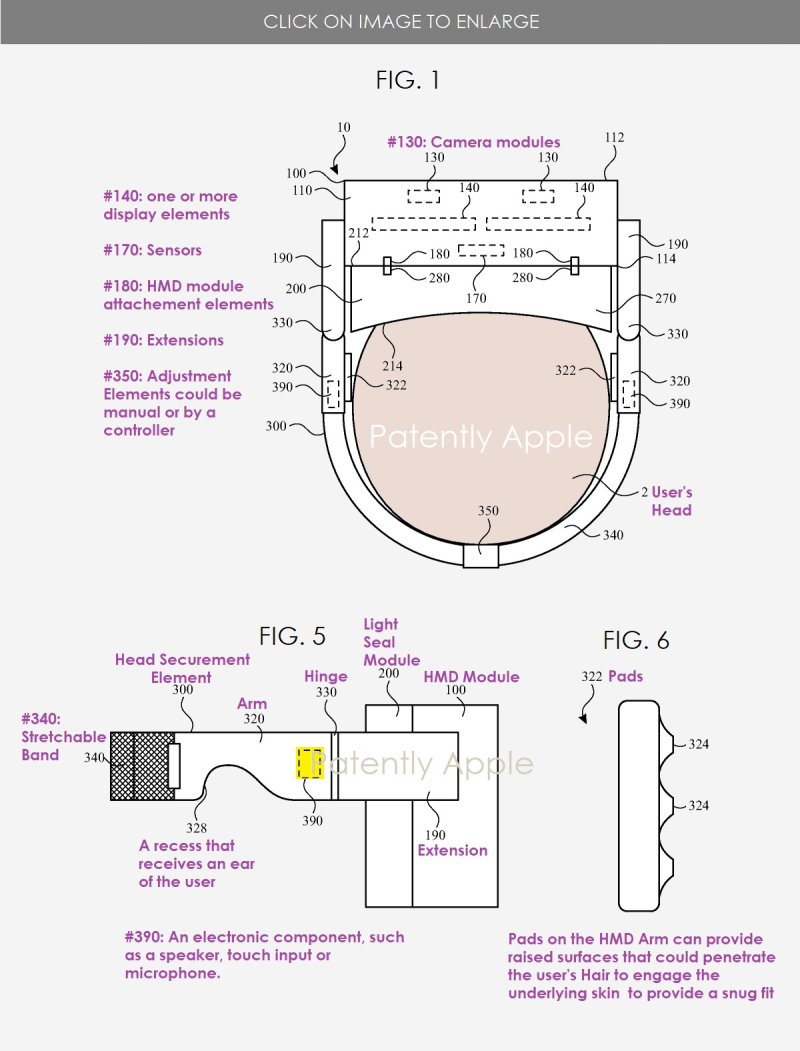 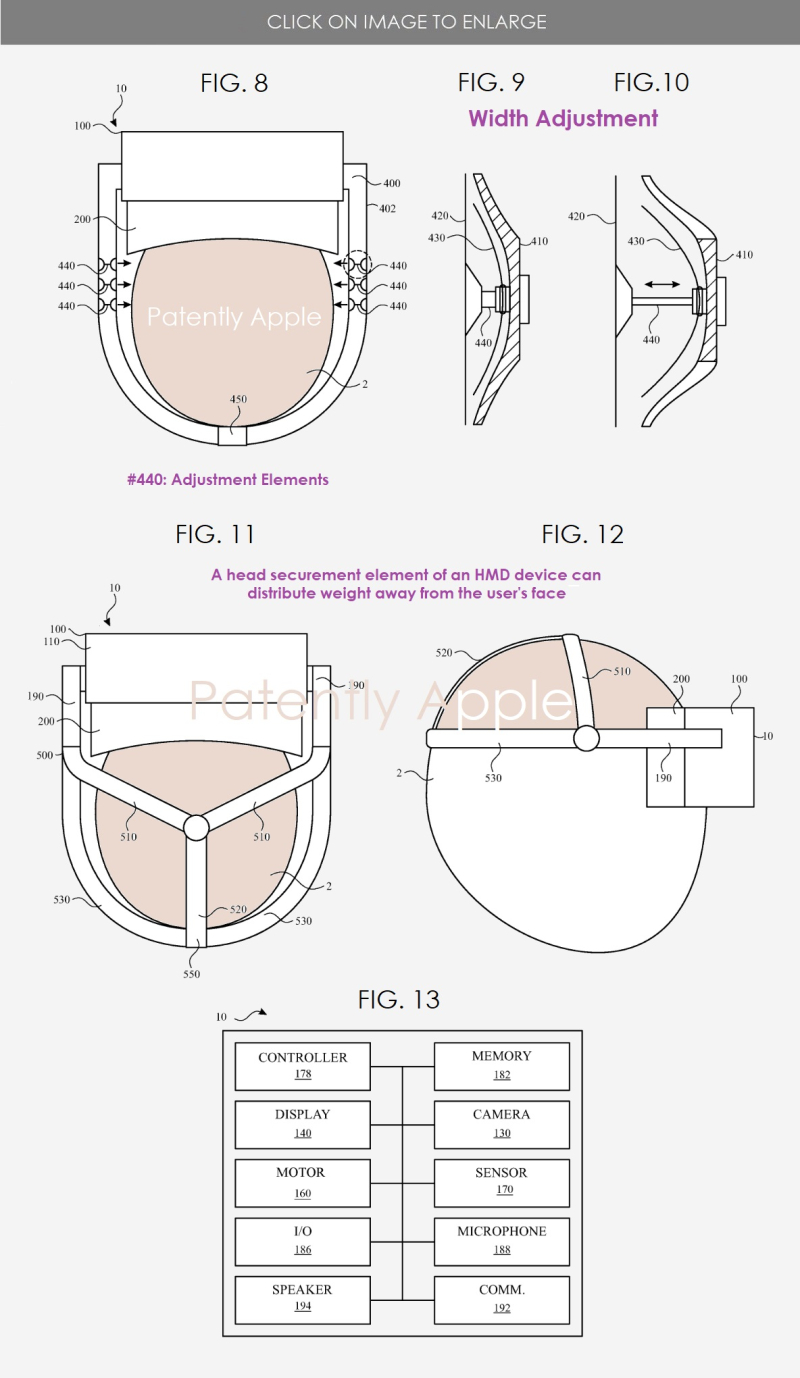 The head-mountable device 10 can include one or more sensors #170 (FIG. 13 above), as described herein. The head-mountable device 10 can include one or more other sensors. Such sensors can be configured to sense substantially any type of characteristic such as, but not limited to, images, pressure, light, touch, force, temperature, position, motion, and so on. For example, the sensor can be a photodetector, a temperature sensor, a light or optical sensor, an atmospheric pressure sensor, a humidity sensor, a magnet, a gyroscope, an accelerometer, a chemical sensor, an ozone sensor, a particulate count sensor, and so on. By further example, the sensor can be a bio-sensor for tracking biometric characteristics, such as health and activity metrics. Other user sensors can perform facial feature detection, facial movement detection, facial recognition, eye tracking, user mood detection, user emotion detection, voice detection, etc. Sensors can include a camera which can capture image-based content of the outside world.

Apple’s granted patent covers systems for a head-mountable device with an optical module that provides a display element that is moveable based on pressure and/or temperature changes within an enclosed chamber.

The control mechanisms can directly and/or indirectly alter one or more of the temperature, pressures, and/or volume of the enclosed chamber. As the conditions within the chamber are altered, an extendable member can expand and/or retract to move the display element towards and/or away from a user's eye. The mechanisms for controlling the position of the display element can be actively and/or passively controlled. 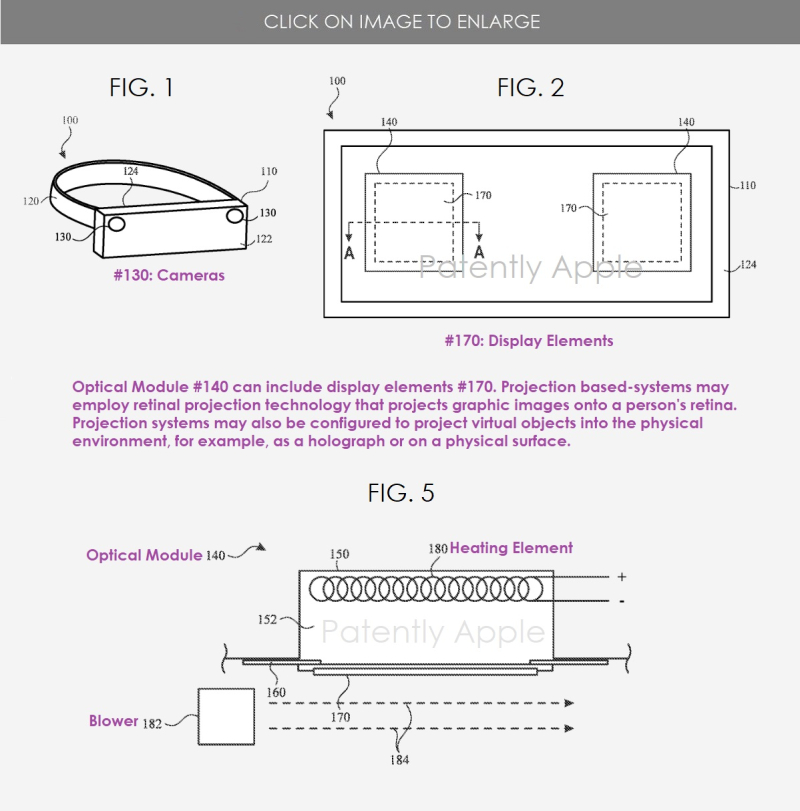 Apple’s patent FIG. 5 above illustrates a top schematic view of an optical module of the head-mountable device of FIG. 2 taken along line A-A and having an extendable member in a retracted configuration.