Home Archives Contact Us Subscribe Twitter MeWe Facebook Patently Mobile
Federal Judge approves a $14.8 Million Settlement against Apple in iCloud Class Action
One of the Inventors behind an Apple HMD designed for Autonomous Vehicles talks about the patent with Marques Brownlee 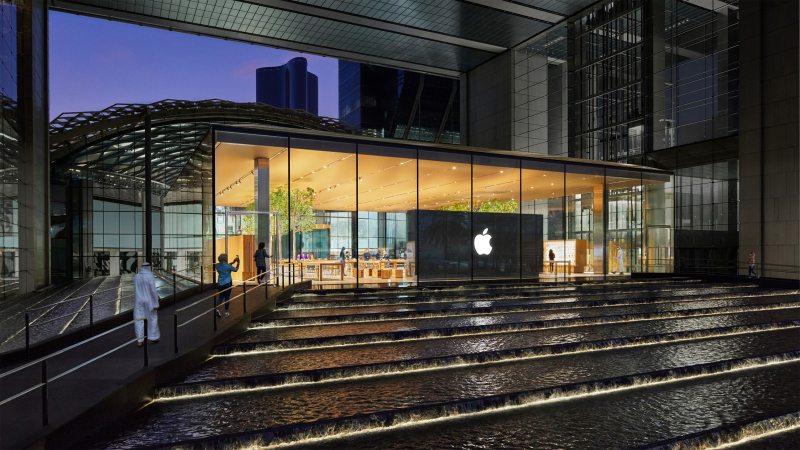 According to a new analytical report this morning, smartphone shipments in the Middle East and Africa (MEA) region fell 7.8% YoY and 10% QoQ to 38 million units in Q2 2022. Counterpoint’s Senior Analyst Yang Wang said that “The biggest drag on the market was, unsurprisingly, macro issues. Inflation induced by food and fuel shortages dampened consumer demand while declining domestic currencies against the US dollar reduced the purchasing power of consumers.”

Yet despite the decline in the MEA region, Apple’s shipments also grew 2% YoY, largely due to better distribution and product availability in GCC countries. The iPhone 13 series has the best-selling premium devices in the region since its launch. 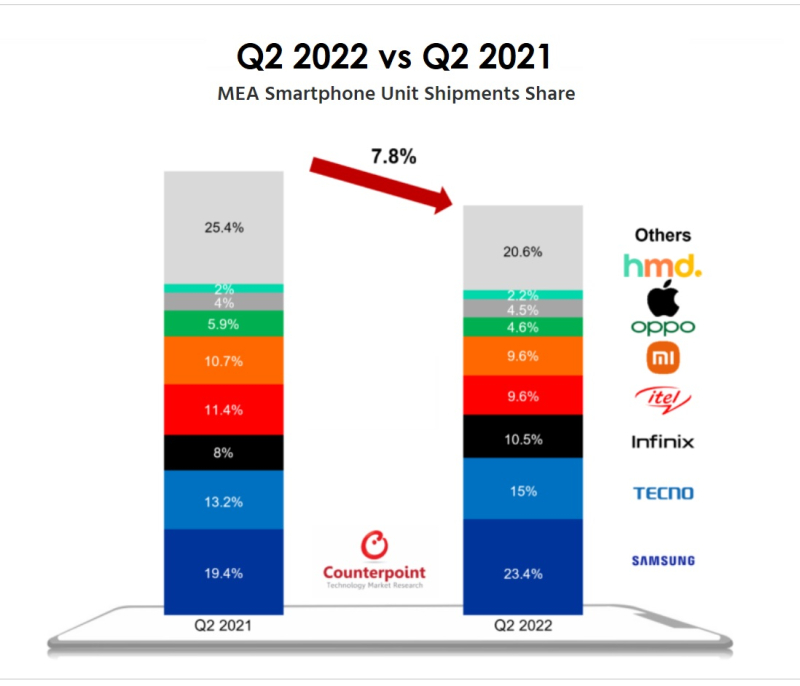 The market leader, Samsung, grew YoY from a relatively low base in Q2 2021 when it faced COVID-19 disruptions at its Vietnam production facilities. The new and revamped Galaxy A-series devices have performed well and were among the best-selling devices during Q2. Samsung’s shipments are expected to grow in H2 with the upcoming launch of its new generation of foldables and as end-of-year sales approach.