A Senior Needham and Company Analyst states that Apple and Amazon could destroy the Streaming Business, especially for Sports 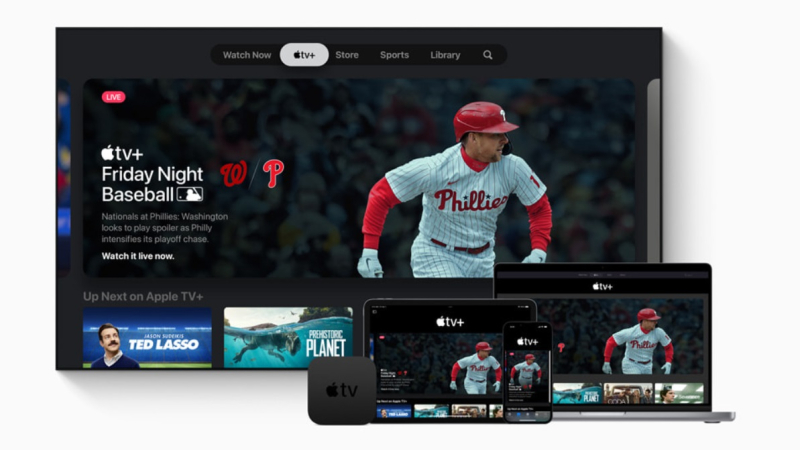 It’s being reported that Apple and Amazon have thrown billions of dollars at sports media rights over the last few months, outbidding traditional competitors and spiraling the streaming wars into its next stage of battle. One Wall Street analyst tells Yahoo! Finance that she believes the tech giants' spending sprees could potentially cannibalize the streaming industry.

Laura Martin, senior media and internet analyst at Needham and Company: "They can actually destroy the streaming business because they have other businesses that will actually make up profit or higher profit. iPhones are $1,300 these days. They can make profit on some other part of their business that justifies them spending this money on sports rights.”

The report added that “Amazon and Apple hold billions of dollars in cash on their balance sheet, and therefore the timeline for return investment, if there even is one at all, is vastly different than broadcasters and other streamers like Netflix, Martin argued in a recent note to clients. For Apple and Amazon, the spend isn’t about directly being paid back via subscribers, but the focus is on bringing more people into the various channels of the ecosystem.

Apple recently spent $2.5 billion for MLS streaming rights and is reportedly in talks to spend at least $2.5 billion annually on NFL Sunday Ticket.

And this fall, Amazon enters the first season of its 11-year, $11 billion bet on sports streaming with the NFL’s Thursday Night Football. Google and Amazon have also contacted America’s largest sports league about the Sunday streaming rights while streaming battles for international soccer and college football are taking place as well.”

In fact, The Athletic reported on Monday that Apple and Amazon are vying for the streaming rights for a Big Ten college football and basketball package. Back in June Patently Apple posted a report about Apple and Major League Soccer (MLS) announcing that the Apple TV app will be the exclusive destination to watch every single live MLS match beginning in 2023. In March, Apple surprised us with their “Friday Night Baseball” announcement.

The latest round of NFL broadcasting rights, which have been led by traditional tech giants rather than streaming conglomerates, has marked a material shift in the streaming wars from broadband dominance to a Silicon Valley-driven industry. Martin noted Apple and Amazon will be winners of the streaming wars because they have “virtually unlimited resources.”

Martin added, “They never have to get to profitability in their streaming business. Often they do these rights deals to drive iPhone sales or to drive prime sign-ups because that has doubled the average e-commerce sales.” For more, read the full Yahoo! Financial report