While Apple’s Global PC Shipments took a Sharp Dive in Calendar Q2, their iPhone managed to Grow in China despite a general Downturn 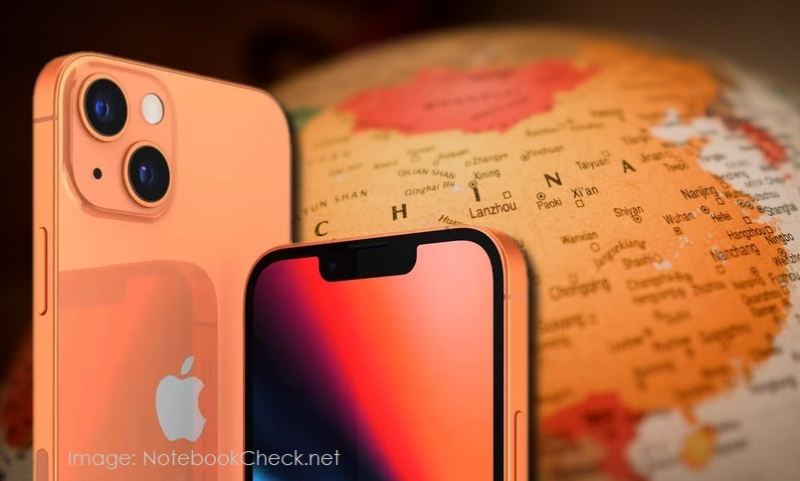 It’s being reported this morning that global PC shipments fell 11.1% YoY in Q2 2022 to reach 71.2 million units and record the largest YoY decline since Q2 2013, according to Counterpoint data. The Q2 2022 decline was largely due to lockdowns in China’s Shanghai and Kunshan, which hit the PC supply chain. However, as the OEMs’ inventory continues to accumulate amid lackluster consumer demand globally, we believe supply issues will likely get resolved in the second half of this year.

According to Counterpoint, “The macroeconomic turbulence continues to impact worldwide consumption momentum. Regional conflicts as well as global inflation have resulted in a downward sloping demand and consumer spending. Enterprises too are putting off their new purchases and device upgrades, though the orders from the commercial segment have remained more solid compared to the consumer segment. 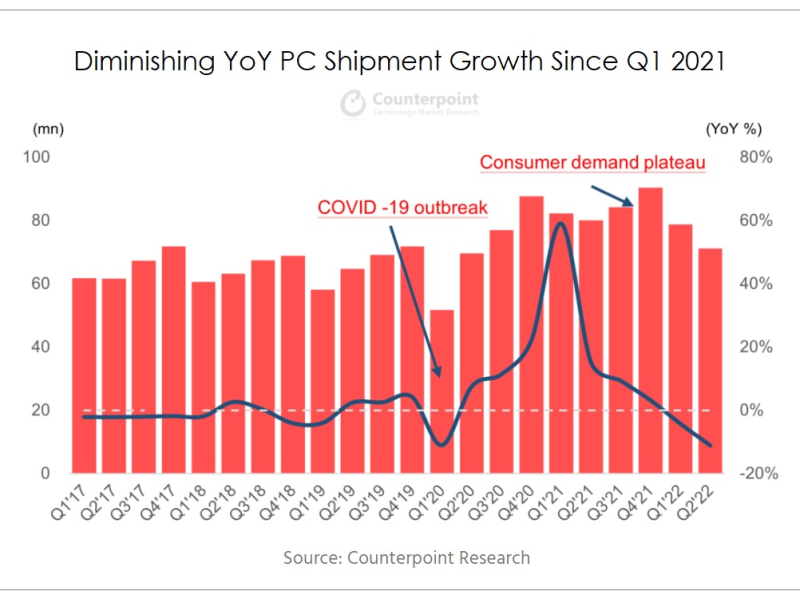 Apple reported a sharp decline of 20% YoY in its Q2 shipments (Apple’s Fiscal Q3) largely due to supply chain disruption at Quanta’s manufacturing lines in China. The consumers too were waiting for a new MacBook series equipped with M2 chips. As a result, Apple lost its fourth place in the global PC rankings for Q2 2022.” For more on this, read the full Counterpoint report.

In a second report by Counterpoint this morning, they point to China’s smartphone sales hitting a new low in Q2, 2022, with Apple and Honor being the only OEMs to buck that trend.

China’s smartphone sales hit a fresh low in Q2 2022 to reach less than half of the sales of the historical peak in Q4 2016. The last time the sales were lower than this point was nearly a decade ago in Q4 2012, when the iPhone 5 was introduced.

Apple took fourth place in Q2 with a 15.5% market share and  delivered 1.4% growth Year-over-Year. Compared to most of the competition, Apple did exceedingly well. To start off Q3 on the right foot, Apple announced iPhone 12 Pro discounts in China starting Friday. 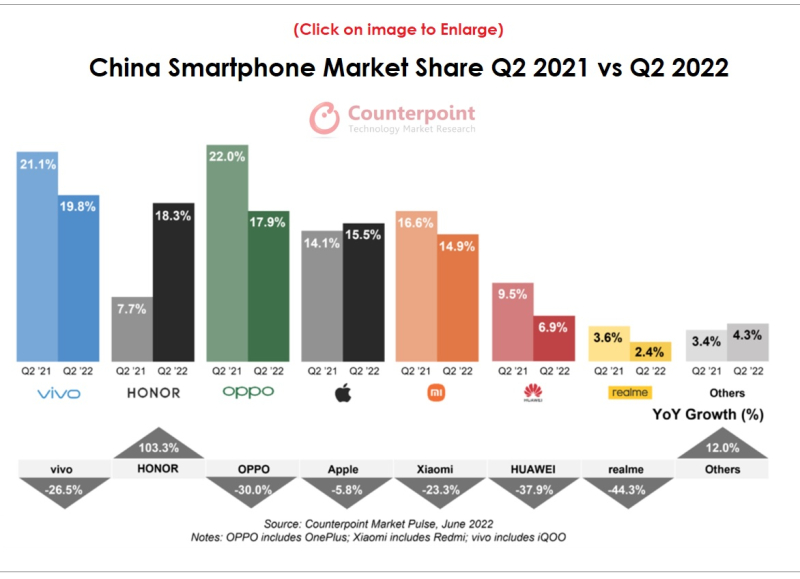 Research Analyst Mengmeng Zhang said that Apple still saw comparatively good performance thanks to the shining sales of the iPhone 13 series in Q2 2022.