Home Archives Contact Us Subscribe Twitter MeWe Facebook Patently Mobile
Ming-Chi Kuo Reiterates Apple’s use of Pancake Lenses for their HMD while pointing to an economical second-gen HMD and more
While Sony & LG Display will be Apple’s initial suppliers for microLED displays for HMDs, Samsung could be next to enter Apple’s Supply Chain 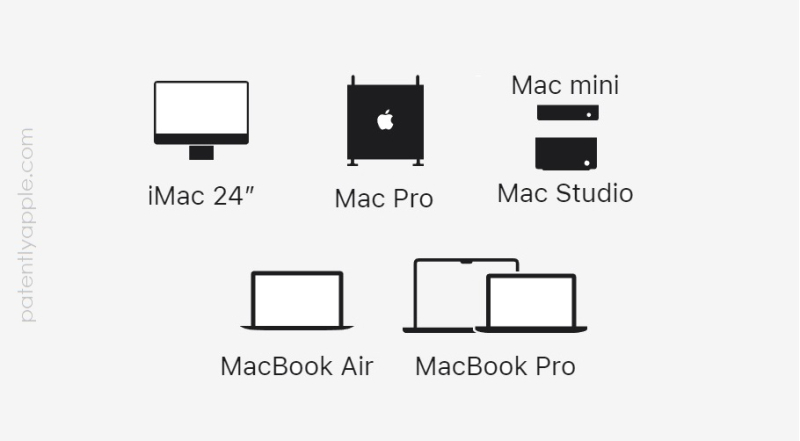 Worldwide shipments of traditional PCs declined 15.3% year over year to 71.3 million units in the second quarter of 2022 (2Q22), according to preliminary results from IDC. Apple was particularly hit hard as customers are watiing for the new MacBook Air to ship in calendar Q3 (July).

Apple’s new M2 MacBook Pro only began shipping in late June and reviews for the M2 MacBook Pro weren’t that enthusiastic either. And lastly, the new Mac Studio seems to be too high a price for most and did nothing for the quarter.

Not being able to ship the new M2 MacBook Air in Q2 hurt Apple’s statistics, falling 22.5% and placing them in a statistical tie for the fifth position with ASUS. Apple’s PC shipments should improve for Calendar Q3 (fiscal Q4) with the new MacBook Air. 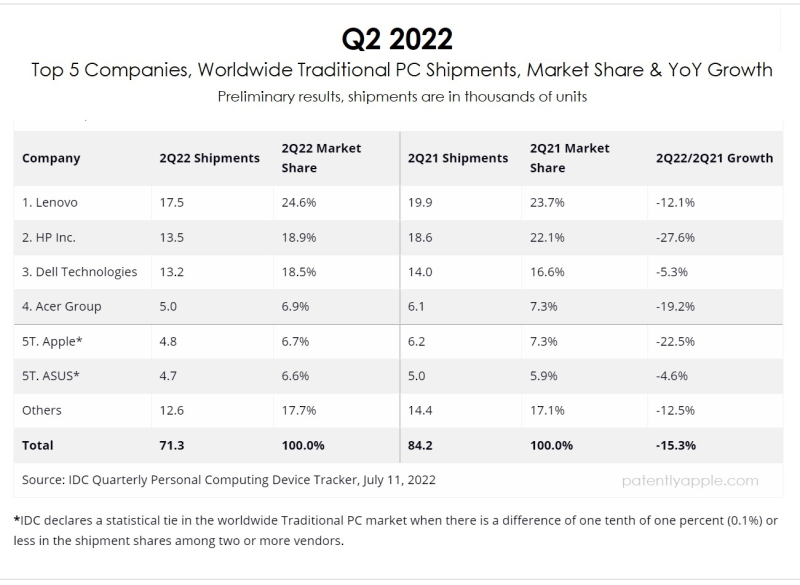 Jitesh Ubrani, research manager for IDC's Mobile Device trackers: "Fears over a recession continue to mount and weaken demand across segments. Consumer demand for PCs has weakened in the near term and is at risk of perishing in the long term as consumers become more cautious about their spending and once again grow accustomed to computing across device types such as phones and tablets. Meanwhile, commercial demand has been more robust although it has also declined as businesses delay purchases."

For more on this, read the full IDC report.