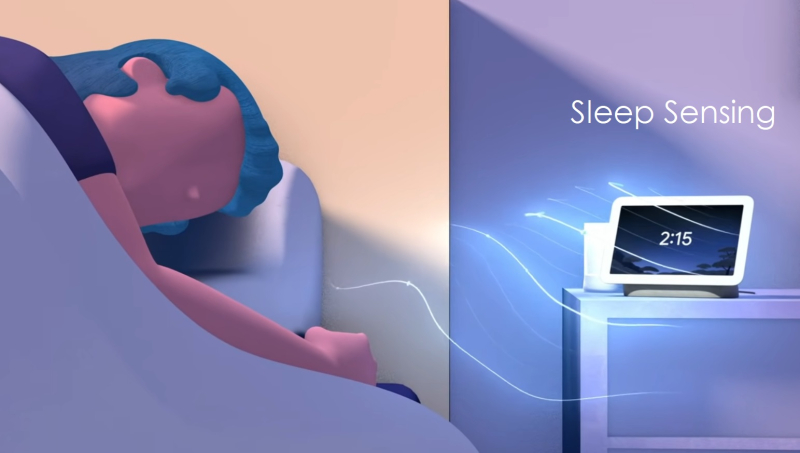 Apple acquired Beddit back in 2017 and has been filing patents since that time to advance sleep monitoring systems (01, 02, 03 and 04). In 2020, Apple introduced Sleep Tracking with iOS 7. Apple recognized early on that sleep monitoring could play an important part of their new focus on personal health care. In fact, Apple refers to ‘Sleep’ 38 times in their latest report titled “Empowering people to live a healthier day” that they released yesterday.

While Apple took the lead in researching and developing sleep features and future products, it was only a matter of time until their competitors would jump in on the sleep monitoring bandwagon.

Google entered the sleep monitoring system market last year with their ‘Nest Hub.’ Google’s Sleep Sensing uses Motion Sense (powered by Soli low-energy radar technology) to analyze how the person closest to the display is sleeping, based on their movement and breathing — all without a camera or wearable. The video below explains Sleep Sensing.

Google’s patent notes that a smart home device, such as a smartphone, tablet computer, home assistant device, may have integrated low-power radar circuitry or be connected with an external radar device. Such low power radar circuitry may have many uses. Possible uses can include measuring vital signs of a user, tracking sleep patterns of the user, or both.

Traditionally, to measure vital signs of a user, a sensor needs to be in contact with the user's skin, such as a chest-band or wrist-band (like Apple’s Beddit system). However, by using radar, it can be possible to identify large movements of the user that are indicative of sleep patterns and, in some circumstances, small movements of the user that are attributed to vital signs, such as the user's breathing and the user's heartrate.

For example, when a user goes to bed, she may already be in the habit of leaving the smartphone charging on a stand or connected with a wired charger wire nearby. In this way, with little to no adjustment of the user's routine, the user may be able to reliably gather vital signs and sleep tracking data while the user is sleeping.

The motion indicative waveform data may be further processed using machine-learning, such as a neural network, to classify whether the user was generally still or moving when the motion indicative waveform data was captured. This data may be used to perform sleep tracking and determine whether vital signs, such as heartrate and breathing rate, were gathered while the monitored user was generally still. 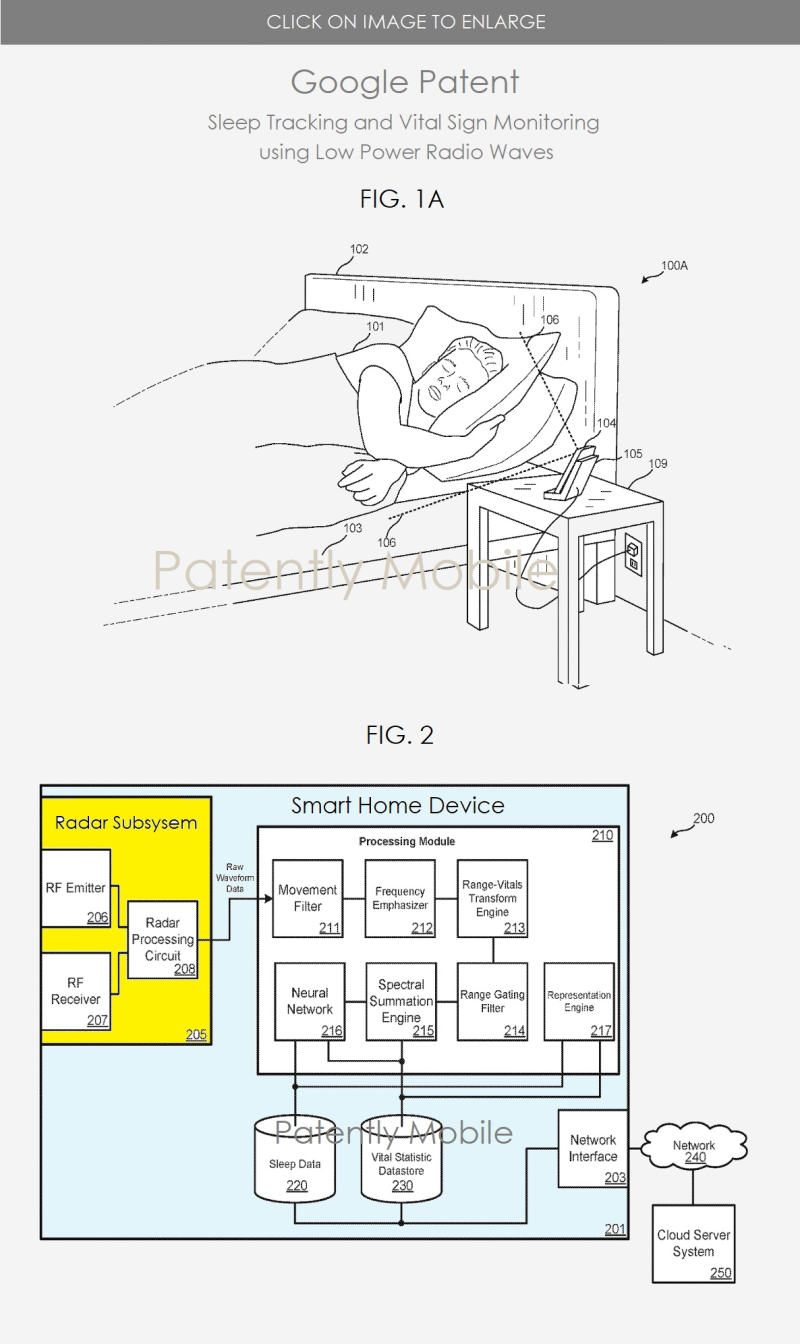 Google’s patent FIG. 2 above illustrates an embodiment of a sleep tracking and vital sign monitoring system #200.

Although Google believes its non-contact radar system is superior to Apple's Beddit system, no comparison of the two systems have been published to date. It would be interesting to see a detailed comparison to know which system actually delivers more accurate sleep tracking data to users.