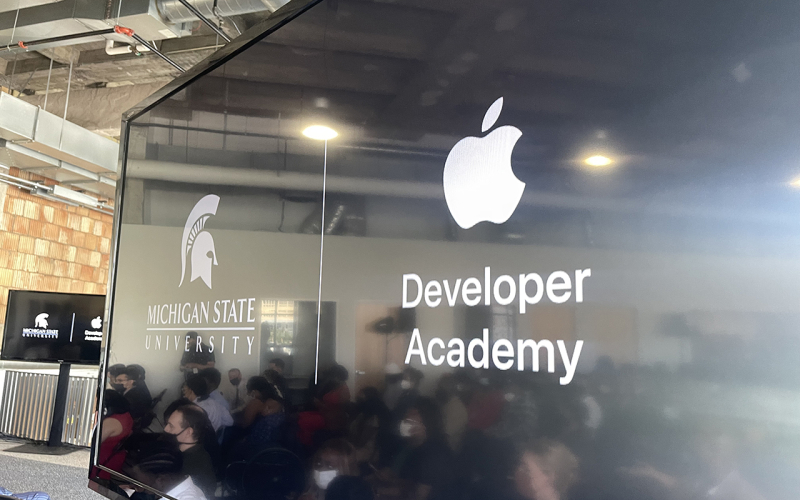 In October, Patently Apple posted a report titled “This week Apple welcomed the inaugural class of developers and entrepreneurs to its Apple Developer Academy in Detroit.”

Last week the first students graduated from the Detroit Apple Developer Academy.  These graduates could be the newest developers of future everyday apps you use on your smartphone.

“This is the first time Apple is doing this in North America. To be a part of the first graduating class is really is a great accomplishment,” graduate Aaron Preston said.

After 10 months, the 33-year-old has graduated from the free Detroit Apple Developer Academy and is ready to pursue a career in gaming.

“I’m a gamer and ever since I was little I wanted to learn how to make them,” Preston said.

For the full video and news on this, read the full report here.