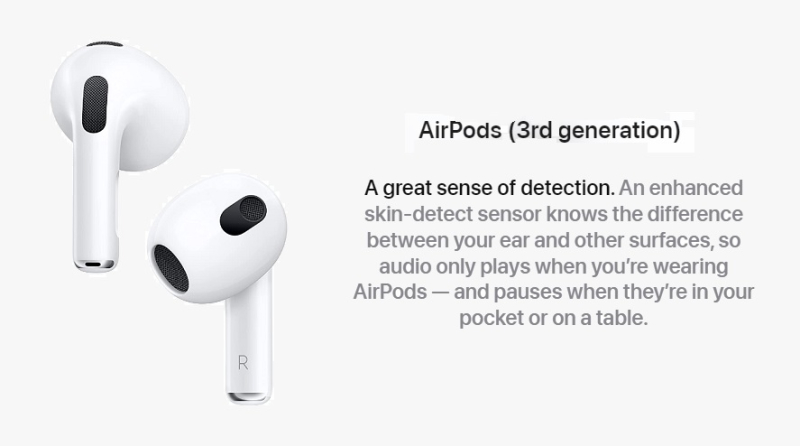 Apple introduces new Skin-Detect Sensors with their 3rd gen AirPods as listed on their sensors list. In Apple’s October 2021 press release about their 3rd gen AirPods they singled out this new sensor: “A new skin-detect sensor accurately discerns if AirPods are in the ear — versus in a pocket or on a table — and pauses playback when removed. To help with sound clarity, beamforming microphones block out ambient noise and focus on the user’s voice, while users can also enjoy a hands-free experience by simply saying ‘Hey Siri’ for requests.”

Obviously, Apple’s patent filing is now considered a patent fulfilled. Yet engineers and techies like to know what’s behind an invention, and this is what our report is about.

A skin sensor may use optical measurements to detect the presence of skin adjacent to an electronic device. Actions may be taken by the device in response to detection of the presence of skin. For example, in a pair of earbuds, the initiation of audio playback and the pausing of audio by the earbuds may be controlled based on whether the skin sensor detects skin, indicating that the earbuds are being worn in a user's ears.

The spectral response of human skin is characterized by peaks and valleys. for example, the reflectivity of human skin is relatively high (e.g., about 50-60%) at a wavelength of 1065nm and is relatively low (e.g., about 5-10%) at a wavelength of 1465nm. As a result, the presence of skin can be monitored by a sensor that emits light at 1065nm and 1465 and that measures the amount of light reflected from a target object at these wavelengths.

With an illustrative arrangement, the ratio R of reflected light at 1065nm to reflected light at 1465nm can be monitored and compared to a threshold TH (e.g., 2.0 or other suitable value). When the ratio R is less than TH, it can be concluded that the target object is not skin. When the ratio R is greater than TH, it can be concluded that skin is present. To help avoid false positives in the presence of non-skin objects, it may be desirable to control the light output from the skin sensors. In particular, false positives may be suppressed by narrowing the angular spread of emitted light. This may help avoid tilt dependencies in the skin sensor readings. 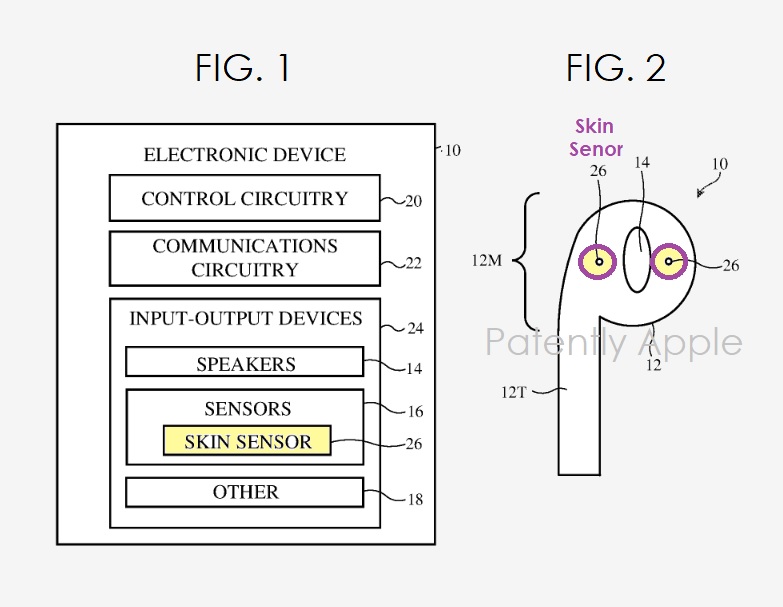 Xiaoyang Zhang: Senior Display Engineer. His former employer was Goertek Electronics where he worked on the R&D and mass production of microdisplay and optics module for AR/VR HMDs.