Home Archives Contact Us Subscribe Twitter Facebook Patently Mobile
An Arm of Foxconn has acquired a stake in a Chinese Chip Maker that Apple may use for iPhone Memory
Apple TV+ Releases their Second Powerful trailer for “Five Days at Memorial,” a limited series that premiers on August 12 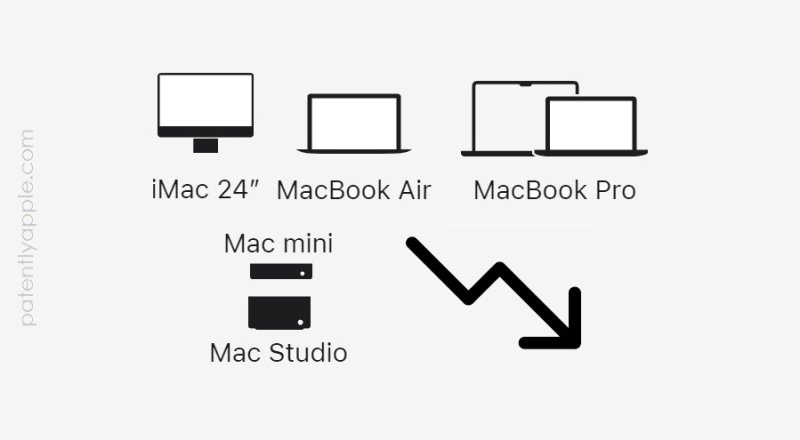 Apple’s Worldwide PC shipment statistics for Q2 2022 has become one of the worst messes that I’ve ever seen. You could understand that statistical reports could deviate 2-5%, but the latest IDC and Gartner reports had a 31% spread. IDC claimed Apple’s shipments were down 22.5% while Gartner claimed Apple had 9.3% growth. Now a third report on Q2 2022 PC Shipments has been published by Canalys that may shed a little light on the matter.

As you could see in Canalys chart below, Apple didn’t even make the top five PC Vendors list. All five vendors were in negative territory for the quarter. 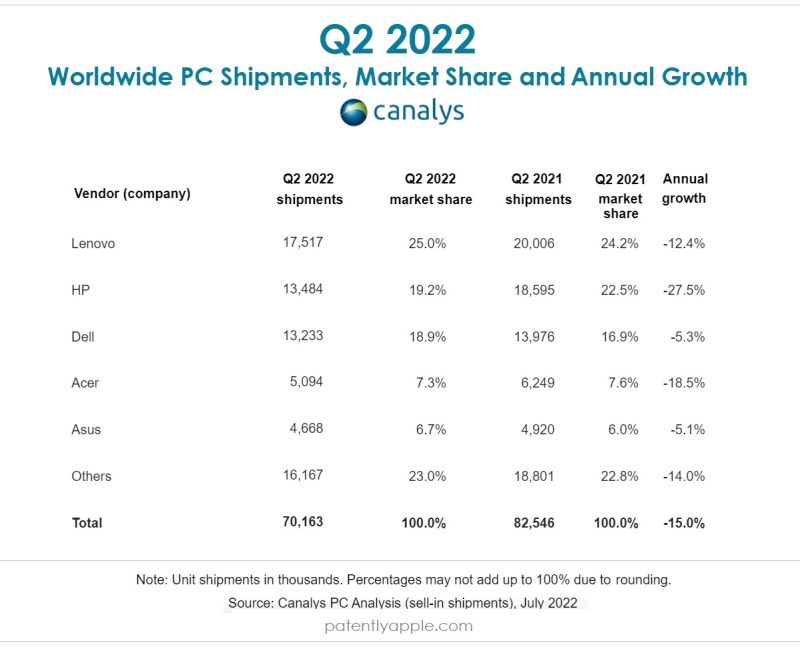 Canalys reports that “The second quarter of 2022 brought major disruption to the PC market, as COVID lockdowns in China stymied manufacturing. The latest Canalys data shows total shipments of desktops and notebooks fell 15.0% annually to 70.2 million units, the lowest level since a similar disruption occurred in Q1 2020.

Notebook shipments fell 18.6% in Q2 2022 at 54.5 million units, down for a third consecutive quarter as education procurement remained muted compared with the same quarter a year ago. Desktops fared better, posting modest growth of 0.6% to 15.6 million units.” For more on this, read the full report by Canalys.

In Monday’s report I noted that “We may have to review a third report on PC shipments for Q2 2022 to get a better feel for which of the two reports, IDC or Gartner, were more accurate.” Today’s Canalys report, if anything, strongly supports the IDC report was indeed more accurate than Gartner's with Apple’s PC shipments in negative territory for Q2.