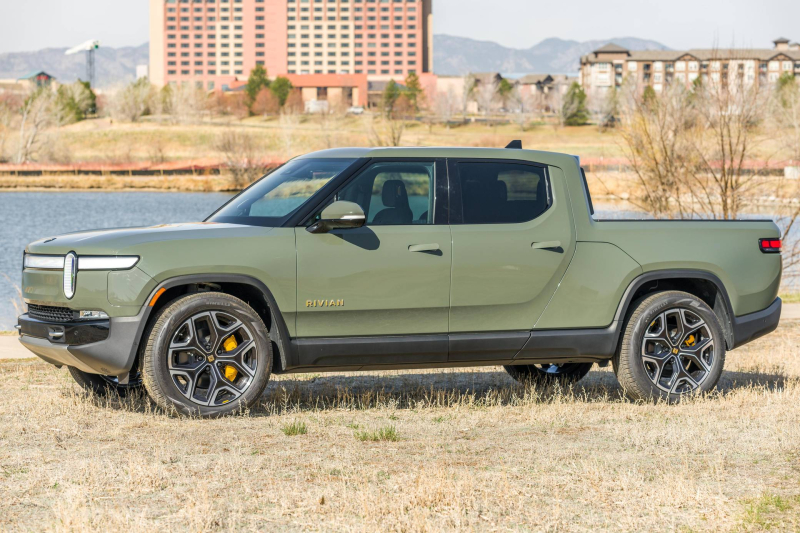 Over the past few years, Patently Apple has covered 127 patents regarding Apple’s Project Titan, an electric vehicle project that also covers autonomous vehicles. Apple has hired many high profile automotive professionals such as Desi Ujkashevic with 31 years experience at Ford and Dr. Manfred Harrer, head of chassis development at Porsche and one of the best engineers at Volkswagen. These aren’t software engineers but rather engineers in vehicle hardware systems.

Rivian’s founder and CEO R.J. Scaringe is also in attendance at the so-called summer camp for billionaires for the first time and has been one of the stars of the conference.

Scaringe brought two EVs with him: the R1T and Rivian’s sport utility vehicle, the R1S. Dozens of attendees were seen inspecting the two cars, which were parked for much of the last three days on the lodge’s front drive. Scaringe was seen showing Home Depot Inc. co-founder Ken Langone around one of the vehicles. For more, read the full Bloomberg report.

Obviously Cook testing out the EV vehicle by Rivian is interesting. Though it could have simply been a test drive just for fun, or a way for Cook to open a dialog with Rivian’s CEO R.J. Scaringe on possible future projects.