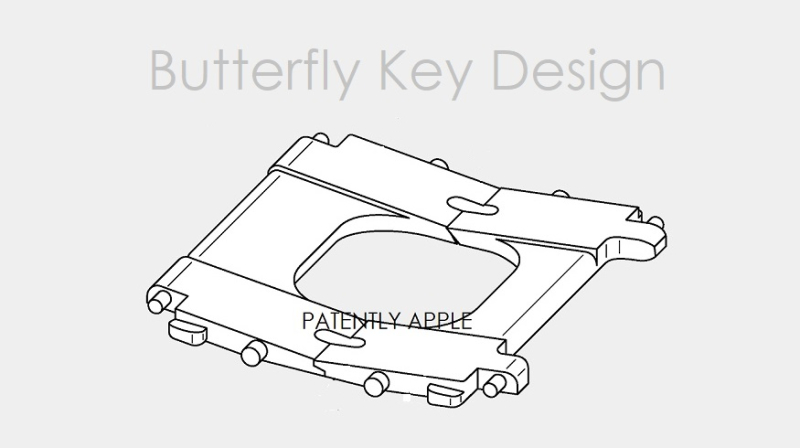 It’s being reported this morning that Apple has agreed to pay $50 million to settle a class-action lawsuit by customers who claimed it knew and concealed that the "butterfly" keyboards on its MacBook laptop computers were prone to failure.

The proposed preliminary settlement was filed late Monday night in the federal court in San Jose, California, and requires a judge's approval.

Customers claimed that MacBook, MacBook Air and MacBook Pro keyboards suffered from sticky and unresponsive keys, and that tiny amounts of dust or debris could make it difficult to type.

Apple was hit with a series of class actions on this subject in 2018. Patently Apple covered at least two of class action lawsuits here: 01 and 02. More than likely all class actions were rolled into one and the settlement covers all cases.

Interesting timing considering that Apple was just granted a new Keyboard design concept patent with dynamically adjustable keys that will give customers a customized keyboard feel.