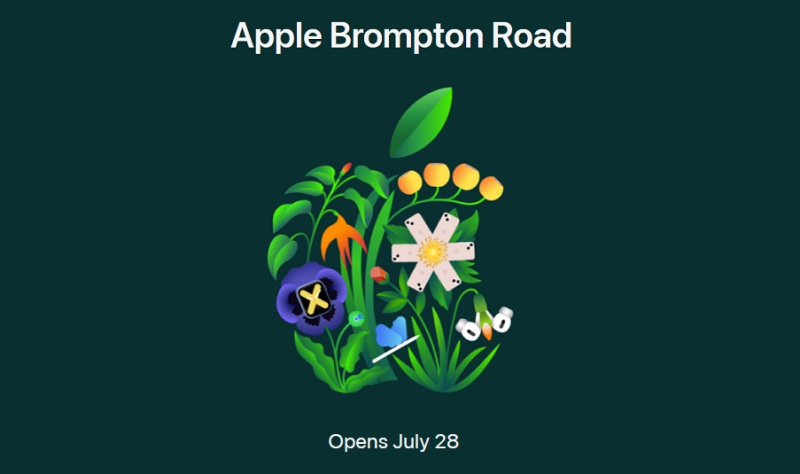 Apple officially announced this morning that they’ll be opening their newest store on London’s iconic Brompton Road, a moment away from Hyde Park next Thursday, July 28. The store is close to high retail stores like Harrods, Burberry, Chanel, Gucci and others. This will mark Apple’s third store in London.

To celebrate the store’s opening, Apple has a lineup of free music, art, and wellness sessions taking place at the store between July 28-31. Live performances and Q&As are scheduled over the weekend, and there will be a “fantastical AR realm” for visitors to experience inside the store, along with a special guest DJ set on July 28. Below is a map for locals or those travelling to London. 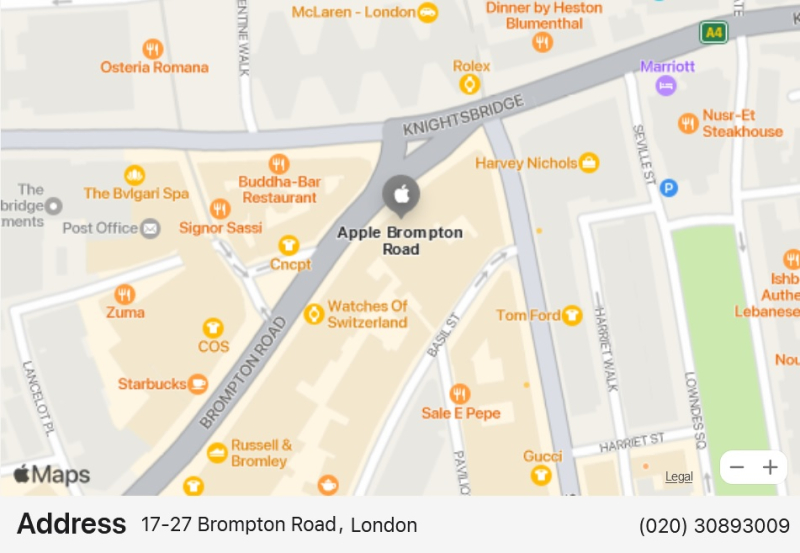 In other Apple Store news, the U.K.’s Daily Mail reported yesterday that at 1:10pm Sunday afternoon, the Metropolitan Police were called to the scene of the Apple Covent Garden Store,

One witness who saw the incident from another floor of the store said customers also had their phones and belongings 'snatched from them.'

It is understood they stole tablets, iPhones, bags and laptops from the store on The Piazza, Covent Garden. The video below shows the robbers splitting up as they left the store.

For more on this, read the full Daily Mail report.