Apple is considering the use of Horizontal Cavity Surface-Emitting Lasers (HCSEL) for Under Display Biometrics for Apple Watch, iPhone+ 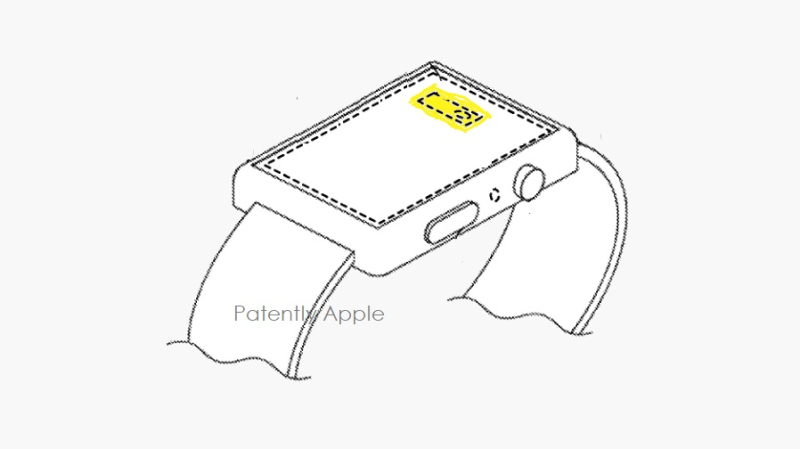 Today the US Patent & Trademark Office published a patent application from Apple that relates to lasers, photodetectors and more importantly to Horizontal Cavity Surface-Emitting Lasers (HCSEL) that could be placed under the display of a future iPhone or Apple Watch for biometric purposes and more.

Apple’s patent is a highly sophisticated filing that engineers in this field could appreciate. The patent covers a hybrid type of device referred to as horizontal cavity surface-emitting laser (HCSEL) that may combine the advantages of an edge-emitting lasers (EEL) and a VCSEL, offering spatially coherence, fixed beam polarization, and high brightness/output power while still preserving the vertical emission property.

Apple’s patent FIGS. 10A And 11A illustrate an iPhone and Apple Watch with an array of Horizontal Cavity Surface-Emitting Lasers (HCSEL) positioned under the display that could be used for the purposes of biometrics (Face or Touch ID) and other features including the detection of “particulate matter,” monitoring air quality and more. 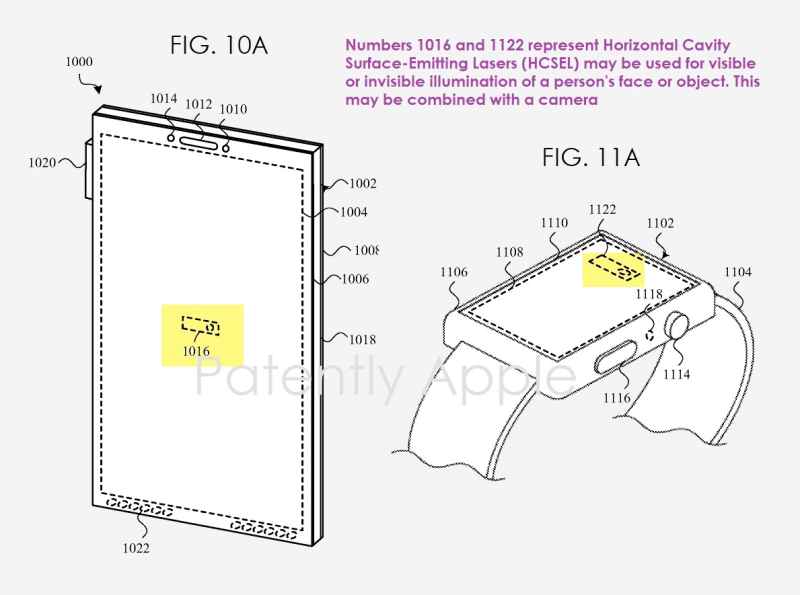 Apple further notes that in some cases, one or more of the cameras, components, and/or I/O devices (#1016) may include one or an array of HCSELs or optoelectronic devices.

The HCSELs of the optoelectronic devices may have laser resonant cavities that extend largely parallel to the output surface of the display (#1004), but emit light through or adjacent the display. Such HCSELs or other optoelectronic devices may be used for visible or invisible (e.g., infrared) illumination of a person (e.g., a face) or an object; as spatially or temporally shaped/modulated light sources for range finding, depth imaging, optical touch sensing, fingerprint sensing, or bio-authentication; and so on.

In some cases, the front-facing camera #1010, I/O devices #1016, and/or other sensors of the device may be integrated with a display stack of the display and moved under the display.

For the technical side of things, review Apple’s patent application 20220224077. Considering that this is a patent application, the timing of such a product to market is unknown at this time. Apple's second related patent 20220224078, titled "VCSEL with integrated electrodes," could be reviewed here.