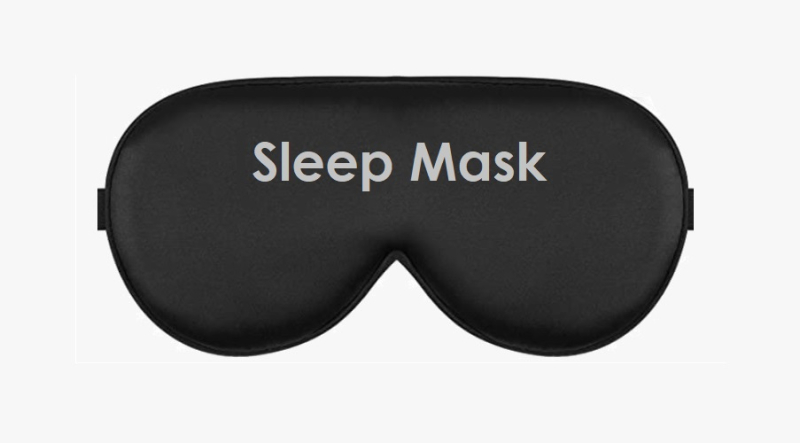 Apple acquired Beddit back in 2017 and has been filing patents since that time to advance sleep monitoring systems (01, 02, 03 and 04). In 2020, Apple introduced Sleep Tracking with iOS 7. Apple recognized early on that sleep monitoring could play an important part of their new focus on personal health care. In fact, Apple refers to ‘Sleep’ 38 times in their latest report titled “Empowering people to live a healthier day” that they released last week.

Today the US Patent & Trademark Office published Apple’s second patent relating to an all-new AirPods Family device concept that they refer to as a “Sleep Mask.”

The device includes a fabric that covers the user's eye area to promote relaxation and sleep while they listen to their favorite music. In addition, the associated AirPods integrated into the fabric of the device is packed with biometric health sensors including sensor monitoring eye and brain activity. The new device is like a next-gen smart eye mask.

Headphones may be worn by people who desire to listen to audio content. Headphones may not, however, be sufficiently comfortable for napping or wearing for long periods of time.

Apple's invention covers an all-new AirPods family device that is primarily formed with a soft fabric that sits over the user's eye and nose area.

In Apple's patent FIG. 1 below they illustrate the face of the device that's made with fabric. The device #10 may include conductive strands or metal traces on a substrate such as a printed circuit or fabric layer that form signal paths for carrying electrical signals (e.g., wires in fabric 30 and/or attached to a surface of fabric #30). 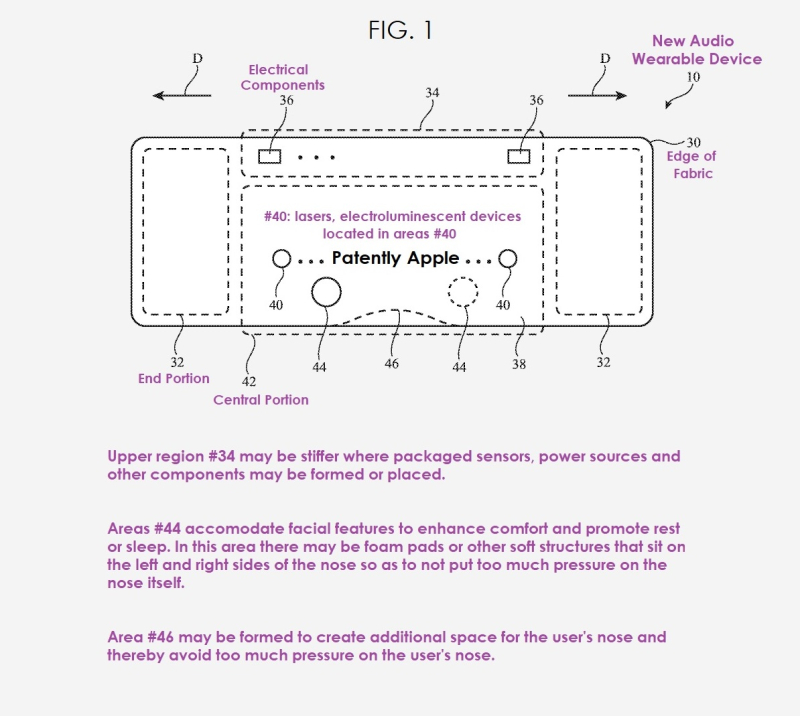 Apple's patent FIG. 5 below illustrates a top view of user #71 and device #10 showing how device may be worn by user. As shown in FIG. 5, the device may stretch across the face of user's head #70, covering the user's eyes #72. 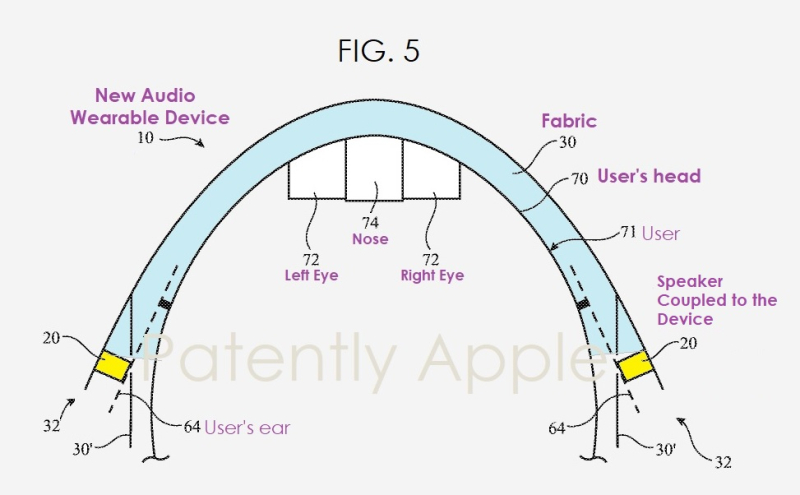 The device may also cover some or all of the user's nose #74. By blocking the eyes, the device may allow a user to sleep or rest even when ambient lighting conditions are bright.

In addition, the device may also include pressure sensors (e.g., force sensors that can detect pressure on the side of a user's head when the user is resting against a pillow), humidity sensors, temperature sensors, moisture sensors, and/or other sensors.

Apple’s secondary patent on this device published today covers the addition of 20 new patent claims to better protect the invention from competitors and patent trolls. Below are four of the twenty new patent claims: