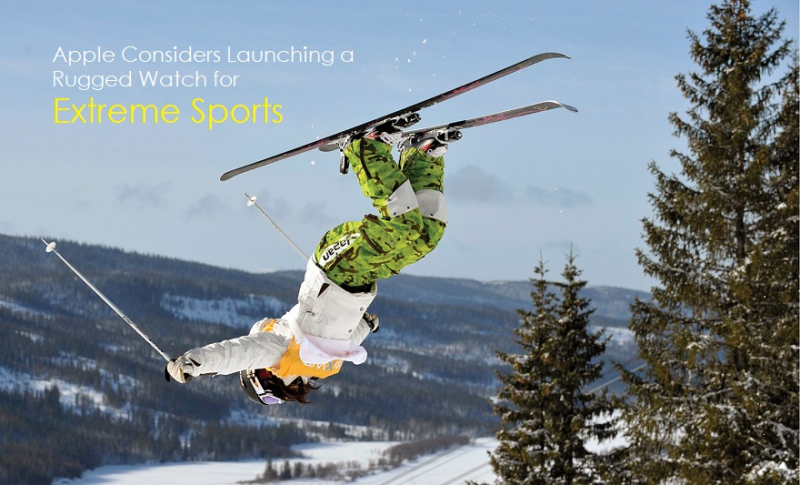 On Wednesday Patently Apple posted a report titled “A Rumor of a new Ruggedized Apple Watch aimed at Extreme Sports Enthusiasts Resurfaces with new details.” The new Apple Watch will offer extra-impact resistance and protection with a few new specifications laid out in our Wednesday report. Today we’re learning that the new Apple Watch is likely to gain new branding.

While Gurman thinks that Apple Watch Pro will win the day, it would be more dramatic and descriptive to use something like the Apple Watch Extreme.

Gurman’s Power On newsletter further noted that “That expansion into a higher-end Apple Watch that sits above the standard model follows a long history of Apple widening its product portfolio with pro models. The MacBook Pro, iPad Pro, iPhone Pro and AirPods Pro are just a few examples. In the case of the Pro products, except the earbuds, Apple differentiates with better performance and screens plus, of course, a higher price.

That smartwatch will be designed to appeal to extreme sports athletes and anyone who might otherwise buy a high-end Garmin sports watch for intense workouts. He also thinks that its bigger screen, larger battery and metal design will make it attractive for anyone who simply wants the most advanced Apple Watch.

The timing of the new Apple Watch is interesting considering that Samsung is set to launch a new watch that will offer a higher-end look with a titanium case, a more rugged design, a larger display that will be branded the Samsung Galaxy Watch Pro 5. Another reason for Apple not to copy the “Pro” branding that Samsung uses. The Samsung Watch Pro rumor also includes an LTE version versus Apple’s cellular. For more, subscribe to the Gurman’s Power On Newsletter.