Home Archives Contact Us Subscribe Twitter MeWe Facebook Patently Mobile
Apple’s ‘Continuity Camera’ Demo at WWDC22 was a great Rumor-Free Surprise that Advances the Webcam Experience for Macs
Rumor: Apple to use microOLED displays for its 1st-Gen MR Headset from Sony and LG Display for its 2nd-Gen Device 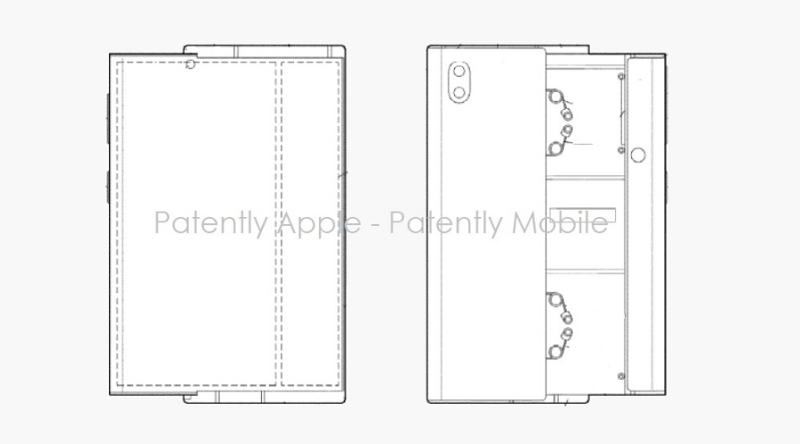 In May Patently Apple reported on a rumor that Samsung was preparing to introduce the world’s first-to-market ‘Slide-Out’ Smartphone later this year. On June 2 we followed-up with a Samsung patent report presenting 10 patent application filed covering future smartphones with slidable, rollable, scrollable displays to illustrate Samsung’s dedication to this new form factor.

Today, our report covers yet another round of 10 newly published Samsung patents from WIPO, focused on all aspects of their next-gen slidable form factor. That’s 20 new patents on this form factor in the last three weeks.

Is it a sign that Samsung is in fact planning to launch their first Galaxy Slide smartphone later this year? Well, that’s what the rumor in May forecasts. While patents never reveal a release date, the sheer number of patents running up to a product release could be telling, but never a guarantee. Below is the latest list of Samsung patents that we’ve linked to so that curious techies could check out some of the concepts and features the company is considering. 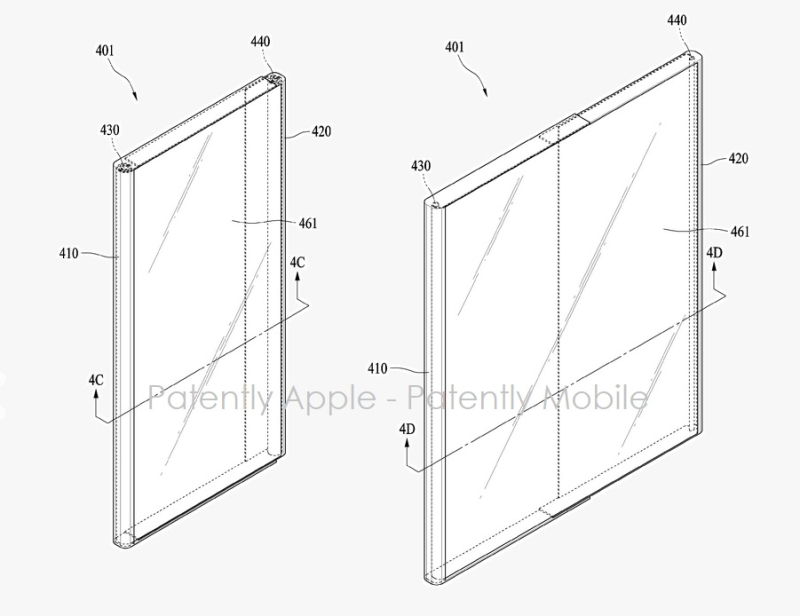 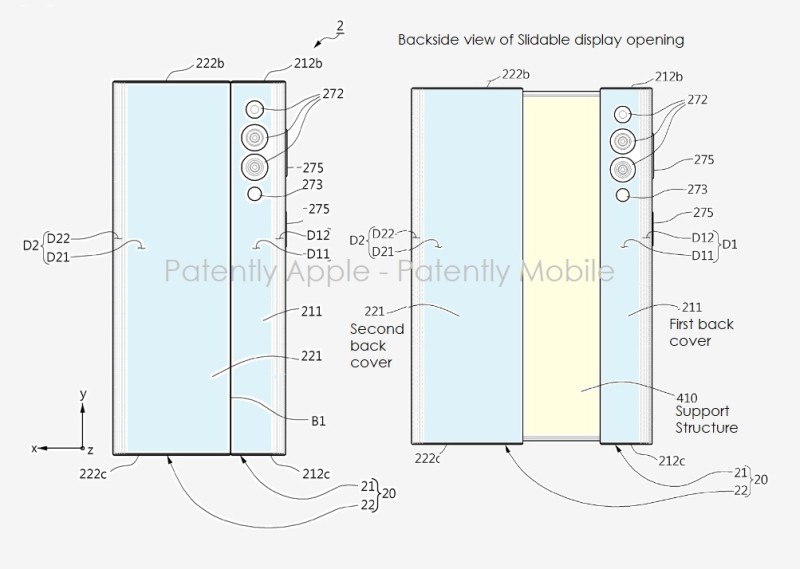 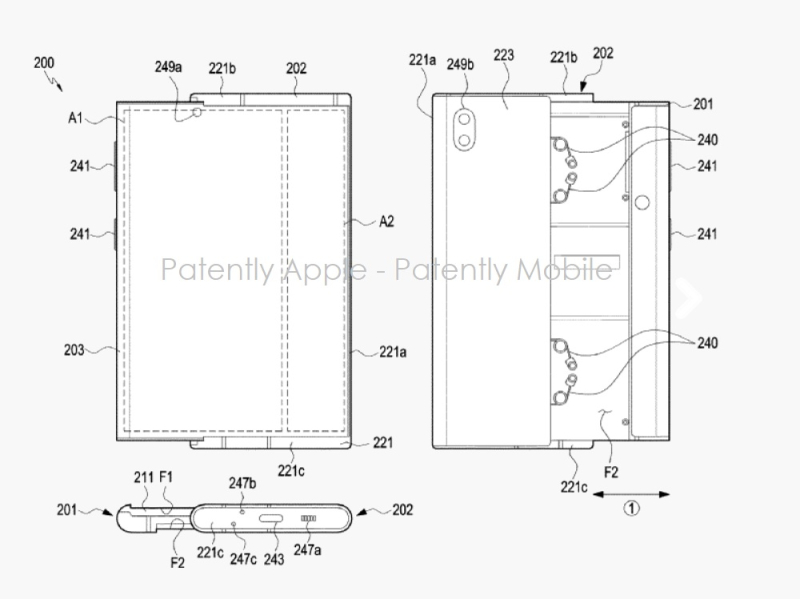 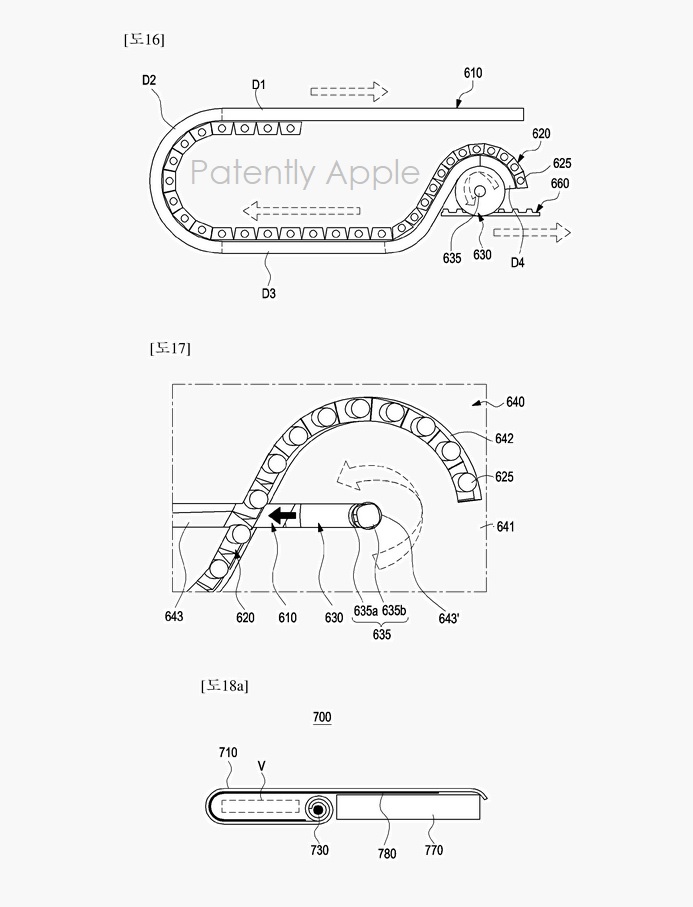 As a reminder, Patently Apple has covered a few scrollable display patents from Apple (01 02, 03 and 04), though it doesn’t appear to be a priority with them at this point in time. Until Samsung or another competitor can prove that the slidable-display form factor is a winner with consumers, Apple is likely to remain on the sidelines and continue to file patents in an evolutionary manner until needed.