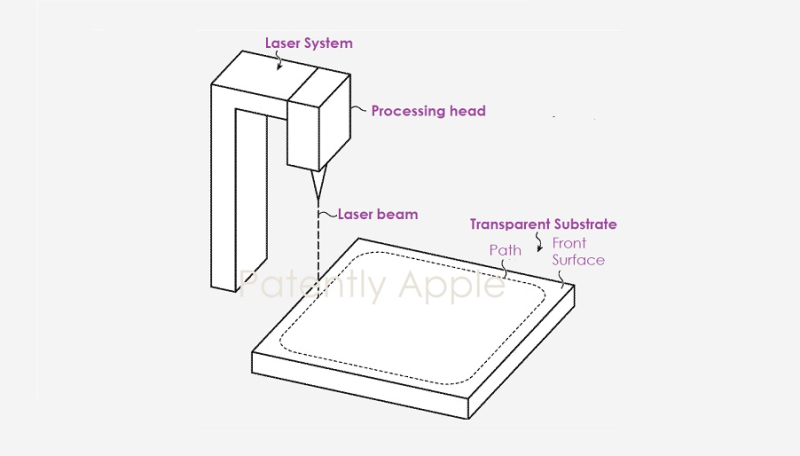 Today the US Patent & Trademark Office published a patent application from Apple that relates to techniques for making glass components for electronic devices. More particularly, the present embodiments relate to techniques in which a fluid such as a liquid metal or a molten salt is used to shape a glass workpiece. Devices made this way could include a HomePod, Home Control device, an iMac, MacBook, iPad or iPhone. 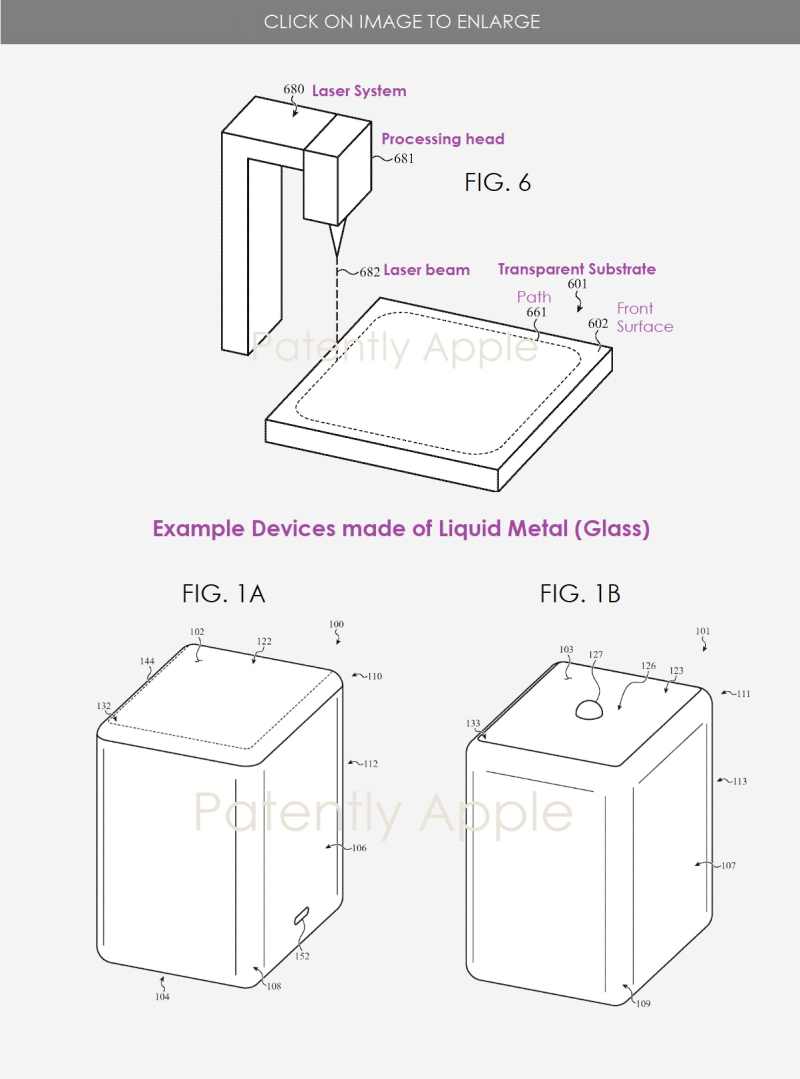 Apple’s patent FIGS. 1A-B are just two simple device examples of three-dimensional glass components that may be a glass cover member or a glass housing.

Apple’s invention is extensively covered over two patents: (#1: 20220193825) “Laser-Based Cutting of Transparent Components for an Electronic Device,” and (#2: 20220194841) “Fluid Forming a Glass Component for a Portable Electronic Device.”

For those that are interested, the US Patent Office also published Apple’s patent application 20220197493 titled “Handwriting Entry on an Electronic Device,” which covers Scribble, the Apple Pencil feature. 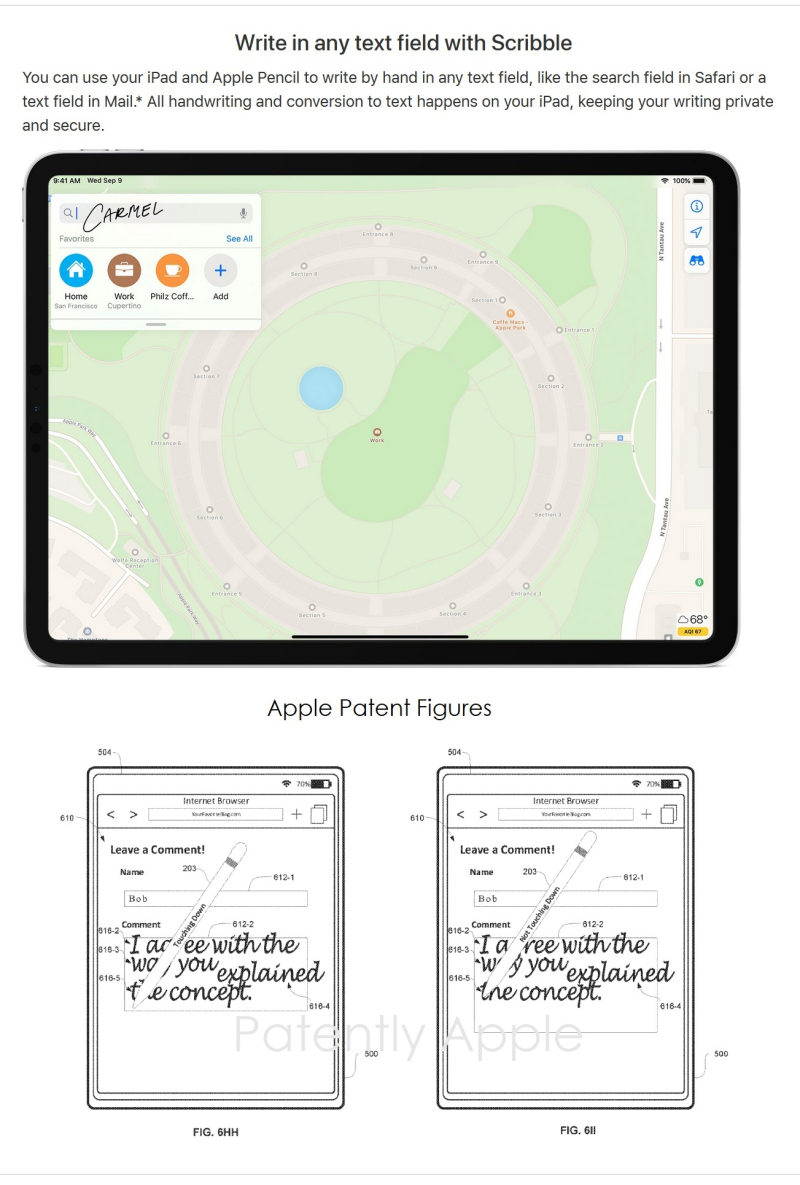