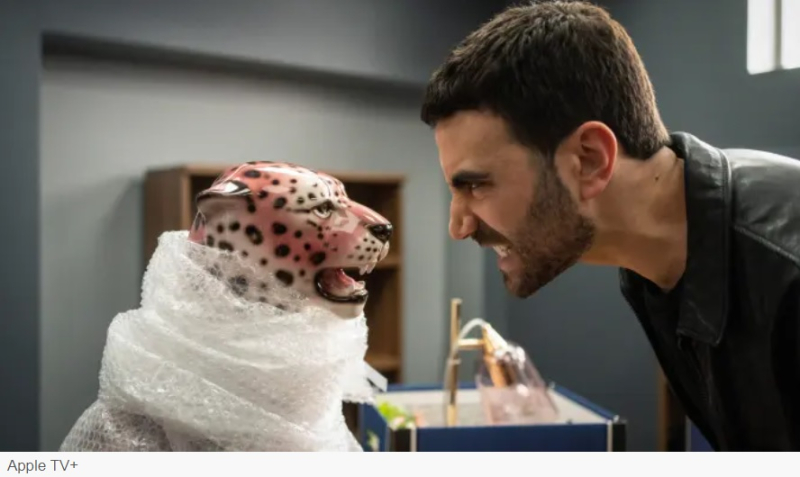 Playing Roy Kent on Ted Lasso hasn’t just given Brett Goldstein the biggest success of his career, with an Emmy award and tons of acclaim to boot; the hot-tempered but bookish star-player-turned-coach role has given TV viewers one of the most indelible characters of our time. As a co-producer, writer and executive story editor on the show, Goldstein is a major part of its international success. His next project sees him re-teaming as EP and writer with Ted Lasso co-producer Bill Lawrence for Shrinking, another Apple TV+ series, about a grieving therapist played by Jason Segel, co-starring Harrison Ford.

The rest of the Deadline report is an interview with Brett Goldstein about Ted Lasso. Below is just part of that interview.

DEADLINE: The show addresses masculinity in ways that we don’t usually get to see, especially in how it involves Roy and Ted. When did you know that the show would connect with people?

GOLDSTEIN: Well, I didn’t know it would be a success, I can say that. And I didn’t know people would connect with it. But I did know that the intention was clear from the beginning in what we were doing, and it came from Jason [Sudeikis] all the way down. So, in terms of when did we know that, we knew that from the beginning. That was baked into the concept. It was about trying to put these things into the world. We never were approaching it as just funny lines. It always had built into it this other stuff.

DEADLINE: It started off as an NBC promo clip and became an Emmy-winning comedy series—does the success of the show still blow you away?

GOLDSTEIN: I’ve said it before, I promise I’m not being humble, or fake humble, or whatever. I honestly didn’t think anyone would watch this show. It was Apple TV, it was new. I thought most people didn’t even know how to access the thing, let alone watch anything on it. I thought, No one is going to watch this. We’ve made this really special thing for us, and no one will ever see it. And I also didn’t know if it would connect. It was half-English, Half-American, and those things often don’t work, and football rarely works on screen. There were so many things that were like, this might not work. I genuinely didn’t think anyone would watch it, so this whole thing is… It’s extraordinary, it’s fucking mad. It’s insane.

DEADLINE: It’s been said the show was only meant to be three seasons—could the success of it lead to more?

GOLDSTEIN: That’s entirely up to Jason. In terms of what we write, we’ve written this like it’s the end. If there were to be more, obviously we could write more, but the story that we’re telling is the three-act story that we were always going to tell, and it ends. I don’t want to spoil it, but most of the characters die by the end [deadpans]. It’s a real ending. It’s a dramatic ending. For more of this interview, go to Deadline. 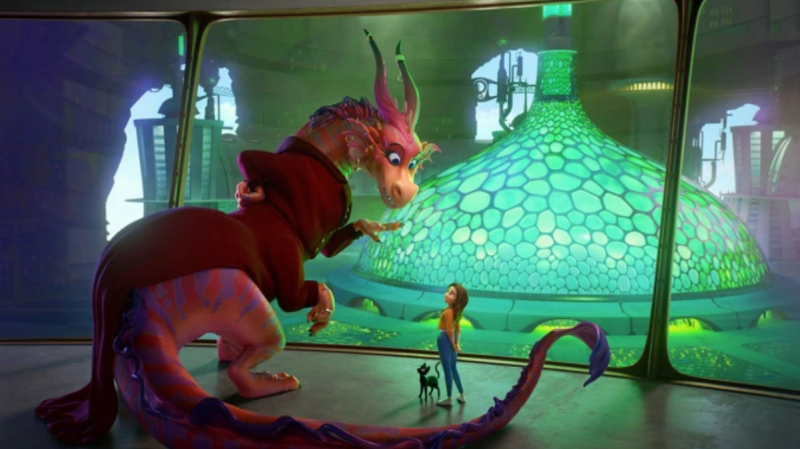 In other Apple TV+ News today, Director Peggy Holmes led a presentation of new footage from Luck, the first animated feature from Apple Original Films and Skydance Animation as part of their overall deal, Tuesday at the Annecy International Animation Film Festival. You could read all about it at The Hollywood Reporter.