In Q1-22, Apple’s iPad led the U.S. Market while Macs held the Highest Growth in PCs 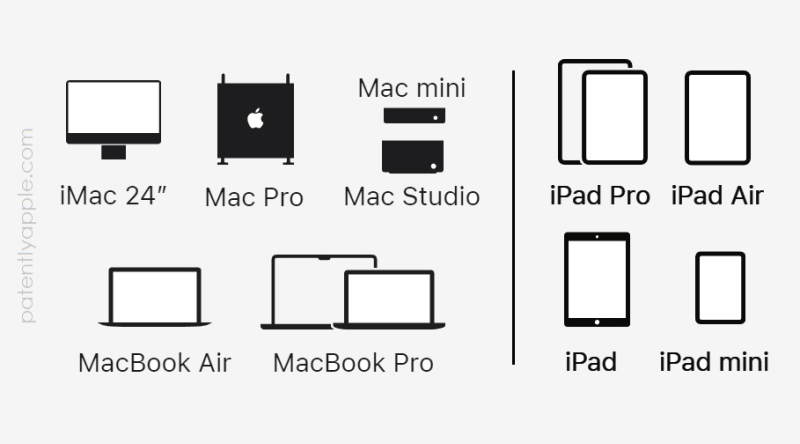 In April Patently Apple posted a report on Q1-22 PC Shipments Globally and a new analytical report is now covering Q1-22 PC and tablet shipments in the U.S. The report notes that US PC shipments (desktops, notebooks and workstations) reached 19.5 million units in Q1 2022, down 14% year on year. Yet Apple bucked that trend by delivering 18% growty, the highest growth of any PC Vendor in Q1 as presented in the chart from Canalys below. 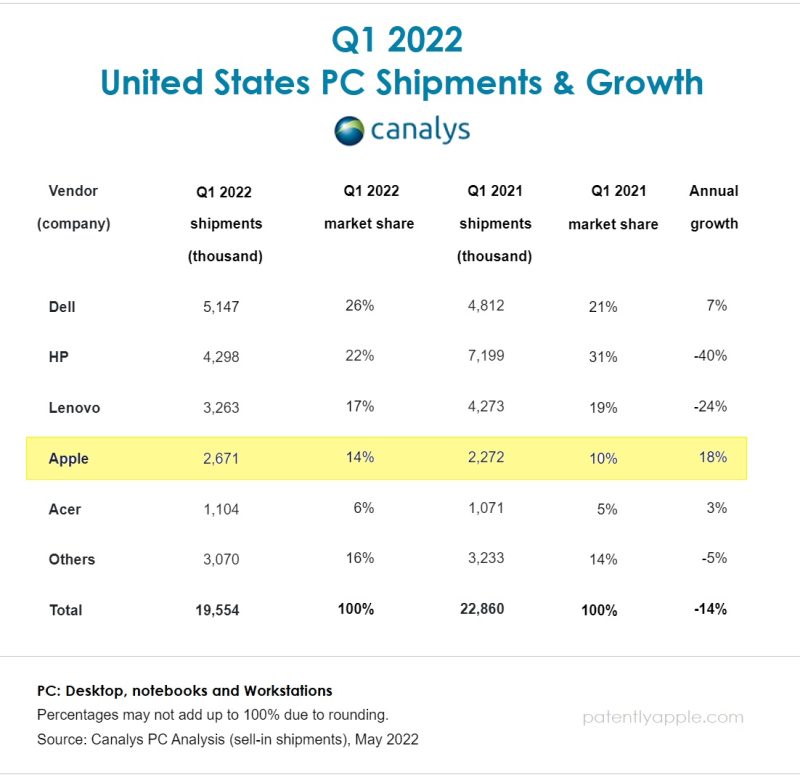 Canalys reported that “Apple grew an impressive 18%, bucking the trend of softness in consumer demand as its M1-powered MacBook lineup has proved to be a strong driver in convincing users to refresh their devices.”

A new MacBook Air launched at WWDC22 today could boost Q2 shipments, if Apple is able to actually begin shipments in June. We’ll hopefully know more on that later today.

Canalys added that “The US market remains a priority for many vendors, so while short-term supply may be constrained, it will be to a lesser extent than in other regions.”

Tablet shipments remained healthy in Q1, growing 5% year on year as backlog orders from a supply-deprived holiday season in 2021 spilled over. Even with severe component restrictions, Apple continued to lead the tablet market with 4.5 million units shipped, taking a 38% market share with 2% growth. 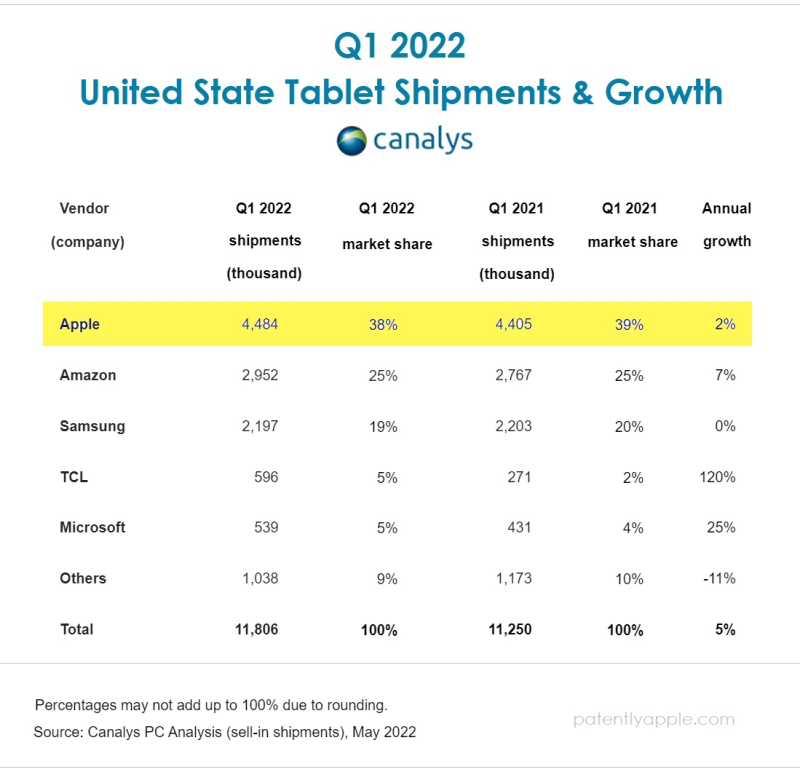 Amazon was able to surpass Samsung for second place with their cheap tablet marketing for simple web browsing and consumer Amazon books and streaming service content. According to tom’s guide review of Amazon’s Fire Tablets in May they note: “Just don’t come looking for much in the way of apps, as it shares the common Fire tablet weakness of not having easy access to the Google Play Android app store.”

For more data on Apple’s competitors, read the full report by Canalys.

While on the topic of statistics for Macs and iPads, a new report by ARN in Australia, provides us with an overview of Apple devices Down Under. Telsyte research showed that Apple iPads took 53.6% of tablets sold in 2021.

For Macs, Telsyte research didn’t provide hard statistics but rather noted that Macs grew by 17% in 2021. Yet without comparative stats, it’s rather a useless statistic.

The report went on to state that “36 per cent of Australians planning to purchase a computer in 2022 are considering Apple devices with the M1 system-on-a-chip, which first launched in 2020 on Macs and is now included on select MacBook and iPad models. This continues the trend seen in 2020, which saw Apple Mac sale demand up by 16 per cent in part due to interest in the M1 chip.”