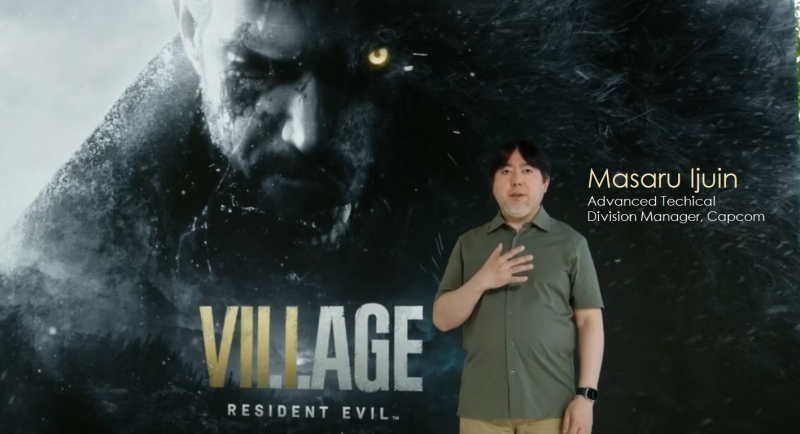 At WWDC22 this morning, Jeremy Sandmel, Senior Director of Apple Software spoke about the advances in Metal 3. At one point Sandmel highlighted Apple’s new “Fast Resource Loading API,” that minimizes wait time by providing a more direct path from the storage to the unified memory system so the GPU can more quickly access high-quality textures and buffers without waiting.

Sandmel added that “Metal 3 and Apple Silicon enable even more immersive visuals, faster performance, and quicker loading. This really is a new day for Gaming on the Mac. But don’t take our word for it. Let’s hear from the team leader that has created the acclaimed game ‘Resident Evil Village,’ that coming to the Mac later this year.”

In April 2022, Patently Apple posted an IP report titled Apple is Showing Strong Interest in Developing their own set of Game Controllers, as a Second Major Patent has been Discovered.” Clearly Apple is planning to advance their gaming reach into the realm of high-end PC gaming as witnessed by Capcom’s manager showing Resident Evil Village coming to Macs. It’s the hope of many in the Apple community to also see the Apple TV box come in a pro version for high-end gaming with an M2 chip to take on the Xbox and PlayStation 5.