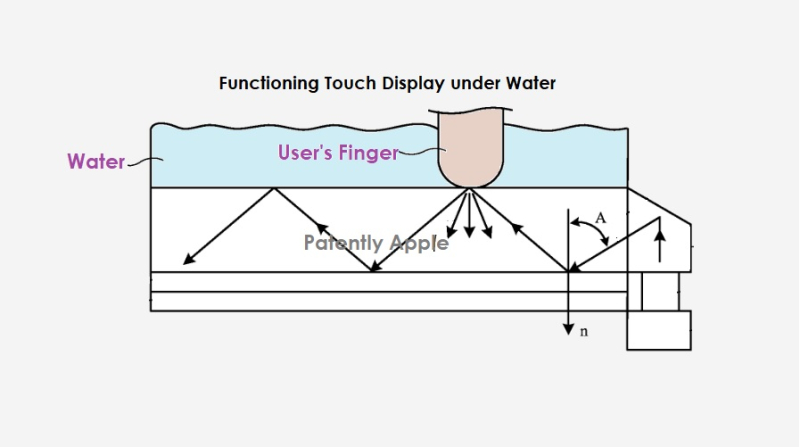 The U.S. Patent and Trademark Office officially published a series of 62 newly granted patents for Apple Inc. today. In this particular report we briefly cover a functioning touch display of an Apple Device under water and a new blood oxygen measurement system using a multi-sensor approach. And as always, we wrap up this week's granted patent report with our traditional listing of the remaining granted patents that were issued to Apple today. 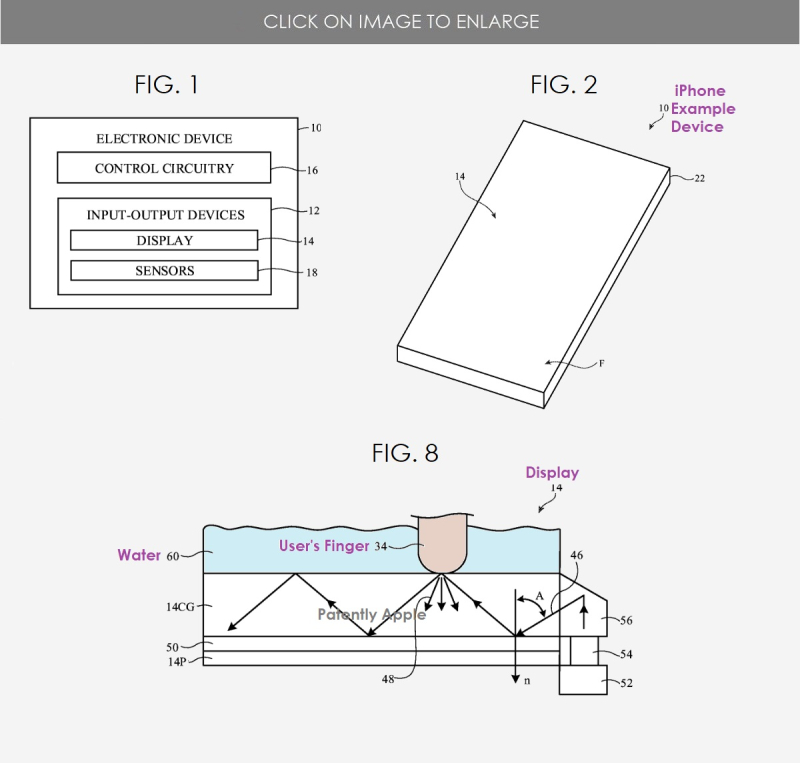 Appel’s patent FIG. 8 above is a cross-sectional side view of an illustrative optical touch sensor arrangement based on total internal reflection.

For details of this technical patent, review granted patent 11,353,994.

Today Apple was granted a new patent covering a method for accurate blood oxygen saturation measurement. Apple’s patent presents us with a more complicated multi-step method of taking a blood oxygen on Apple Watch which could very well translate to a more accurate blood oxygen reading – or, it’s a patent to put their competition off-course.

With that said, below you’ll see a method that places the user’s finger between two sets of sensors which would seem to be able to provide users with a more accurate reading in contrast to today’s single sensor that’s set at the bottom of Apple Watch in contact with the user’s wrist. 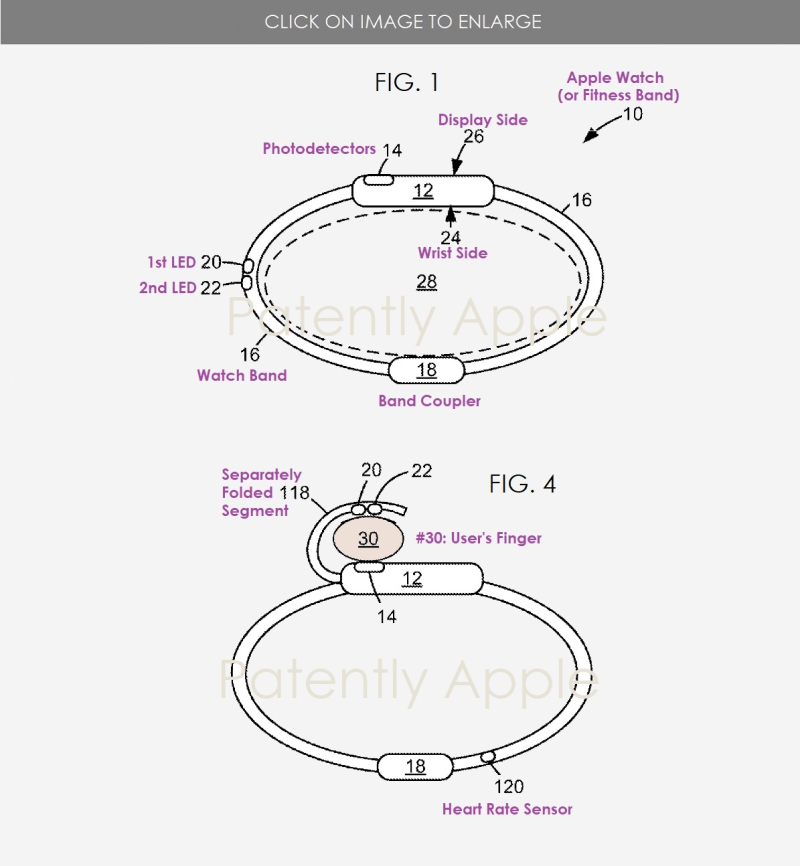 Apple’s patent FIG. 4 above illustrates a user’s finger (#30) interfaced with an Apple Watch in a configuration to measure blood oxygen saturation via measurement of light absorption by the finger. In the illustrated configuration, one side of the finger has been placed into contact with the one or more photodetectors (#14) and the separately foldable segment (#118) folded to place the first LED #20 and the second LED #22 into contact with the finger opposite to the one or more photodetectors #14.

You’ll also note that in this invention, Apple has decided to add a Heart Rate Sensor in a future Apple Watch Band. 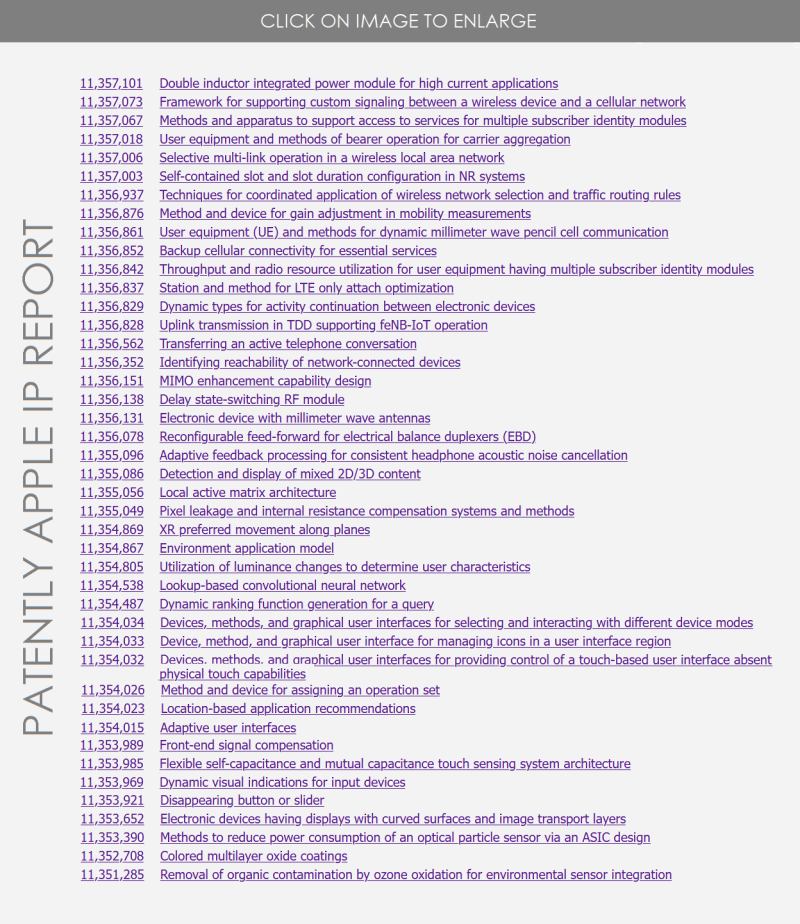