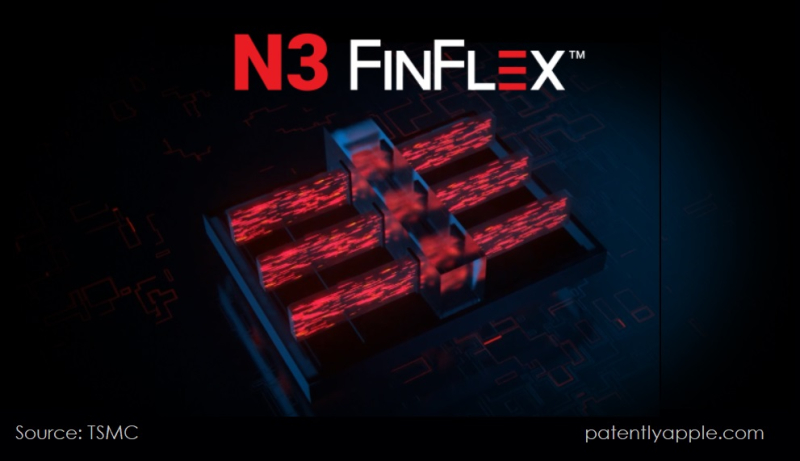 On April 24, Patently Apple posted a report titled “A new report claims that an iPhone with a 2nm Processor could be Disappointingly Delayed to between 2025 and 2026.” In mid-2021, it was reported by Nikkei Asia that TSMC was given the approval to begin the new facility that start production of 2nm in 2024.

Late yesterday TSMC showcased the newest innovations in its advanced logic, specialty, and 3D IC technologies at the Company’s 2022 North America Technology Symposium, with the next-generation leading-edge N2 process powered by nanosheet transistors and the unique FINFLEX™ technology for the N3 and N3E processes making their debut.

Dr. C.C. Wei, CEO of TSM: “We are living in a rapidly changing, supercharged, digital world where demand for computational power and energy efficiency is growing faster than ever before, creating unprecedented opportunities and challenges for the semiconductor industry. The innovations we will showcase at our Technology Symposiums demonstrate TSMC’s technology leadership and our commitment to support our customers through this exciting period of transformation and growth.”

N2 Technology - TSMC’s N2 technology represents another remarkable advancement over N3, with 10-15% speed improvement at the same power, or 25-30% power reduction at the same speed, ushering in a new era of Efficient Performance. N2 will feature nanosheet transistor architecture to deliver a full-node improvement in performance and power efficiency to enable next-generation product innovations from TSMC customers. The N2 technology platform includes a high-performance variant in addition to the mobile compute baseline version, as well as comprehensive chiplet integration solutions. N2 is scheduled to begin production in 2025. However, depending on conditions, that could push Apple’s future iPhone with 2nm into 2026.

With N7 chips already in production for both CoW and WoW, support for N5 technology is scheduled for 2023. To meet customer demand for SoIC and other TSMC 3DFabric™ system integration services, the world’s first fully automated 3DFabric factory is set to begin production in the second half of 2022.