Home Archives Contact Us Subscribe Twitter MeWe Facebook Patently Mobile
Apple’s Chip Supplier TSMC has been the Third Largest Patent Applicant in the U.S. since 2019
In Q1 2022, Apple led the Smartwatch Market Worldwide by a Wide Margin with consumers buying into Apple’s focus on Health Features 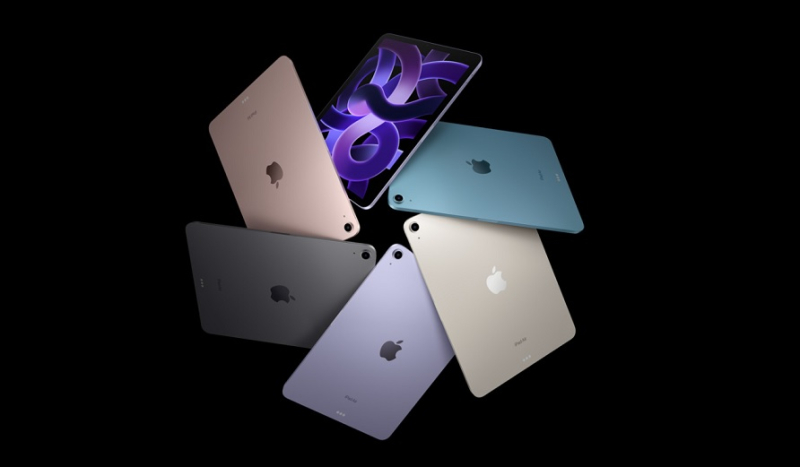 In mid-May Prime Minister Pham Minh Chinh visited with Apple’s CEO Tim Cook to discuss cooperation in trade, investment and finance as the driving force for a robust US-Vietnam Comprehensive Partnership. Today, it’s being reported on by Nikkei Asia that Apple has reportedly moved some iPad production to Vietnam for the first time.

China’s BYD, one of the leading iPad assemblers, has helped Apple build production lines in Vietnam and could soon start to produce a small number of the iconic tablets there.

Apple is asking suppliers outside of the lockdown-affected areas to help build up a couple of months’ worth of component supplies to ensure supply continuity over the next few months. The requests apply to all of Apple’s product lines – iPhones, iPads, AirPods and MacBooks – sources said.

The US tech titan has even helped some suppliers shoulder the additional logistics costs of airfreight and land transportation to ensure materials vital for production arrive on time.

Despite the raft of restrictions, Foxconn has managed to continue operating its most important factories as normal, with steps leading up to the production of new products proceeding as expected.

While iPhones are now manufactured in India, the iPad will be the second major Apple product line to be assembled outside China.

Coincidentally the shut down in Shanghai has officially ended today. After two months of frustration, despair and economic loss, Shanghai’s draconian COVID-19 lockdown ended at midnight on Wednesday morning, prompting celebrations tempered with fear that an outbreak could return.

Most of Shanghai’s 25 million residents can now freely leave home, return to work, use public transport and drive their cars – a moment that for many in China’s largest and most cosmopolitan city felt like it would never arrive.

While there wasn’t a specific mention in the report of Apple suppliers like Quanta reopening, it’s implied with restrictions lifted. This will definitely put production back on track for MacBooks that will be updated next week.