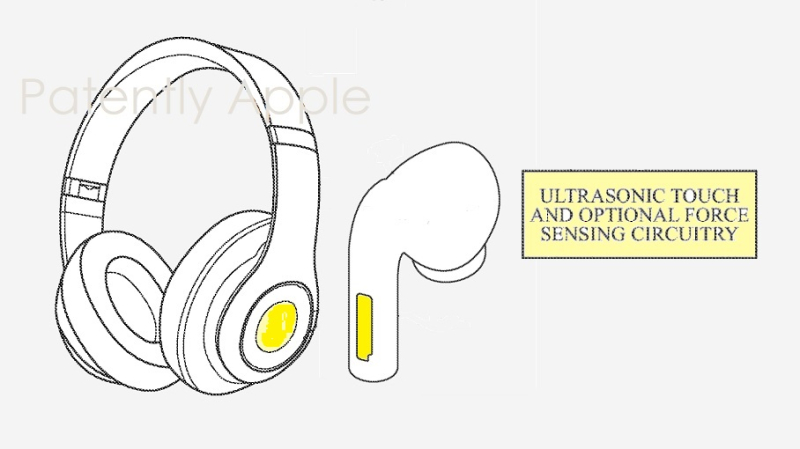 Today the US Patent & Trademark Office published a patent application from Apple that relates to more advanced ultrasonic touch sensors for future versions of AirPods Max and AirPods Pro to better perform in wet conditions and when wearing gloves in the winter.

Accordingly, some examples in the patent filing are directed to improving the accuracy of ultrasonic touch sensing via the reduction, elimination and/or rejection of parasitic ultrasonic reflections. 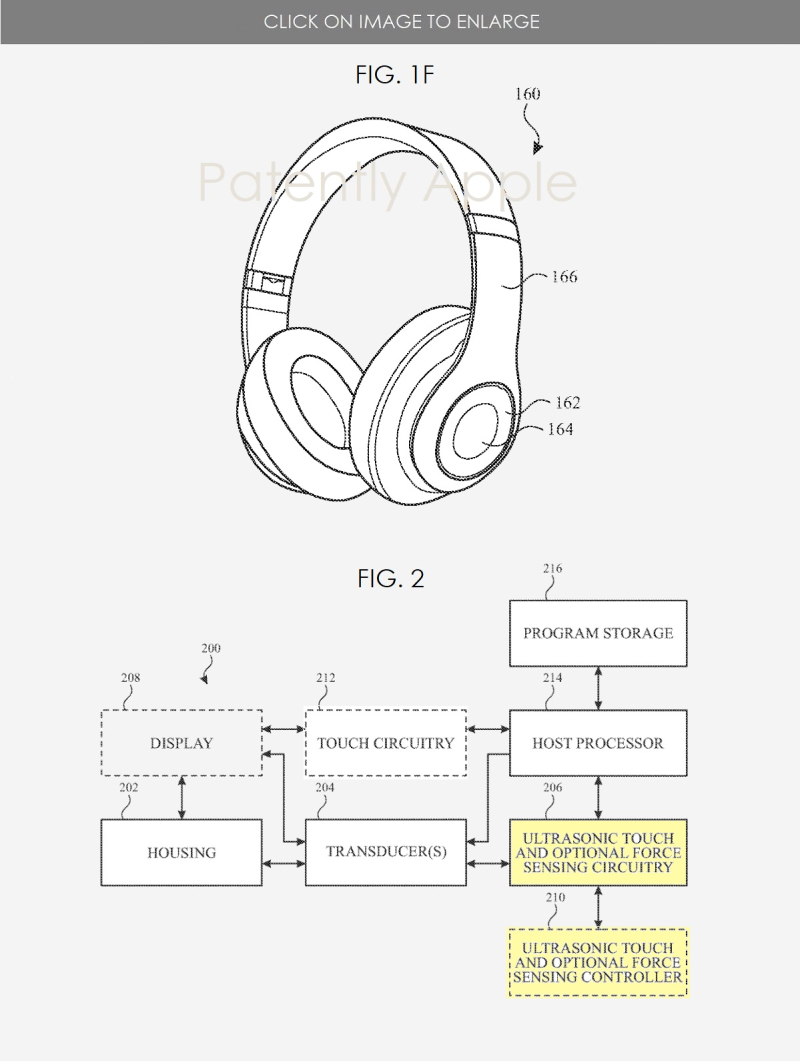 Apple’s patent FIG. 16B below illustrates AirPods with an integrated ultrasonic touch and force sensing module located within a cylinder; FIG. 15A illustrates an ultrasonic phased array #1556 formed from transducers (#1510a-1510d) operating in a pulse/echo or TOF configuration in the presence of user finger #1506 and also in the presence of an unintended touching object such as an ear or cheek #1538. 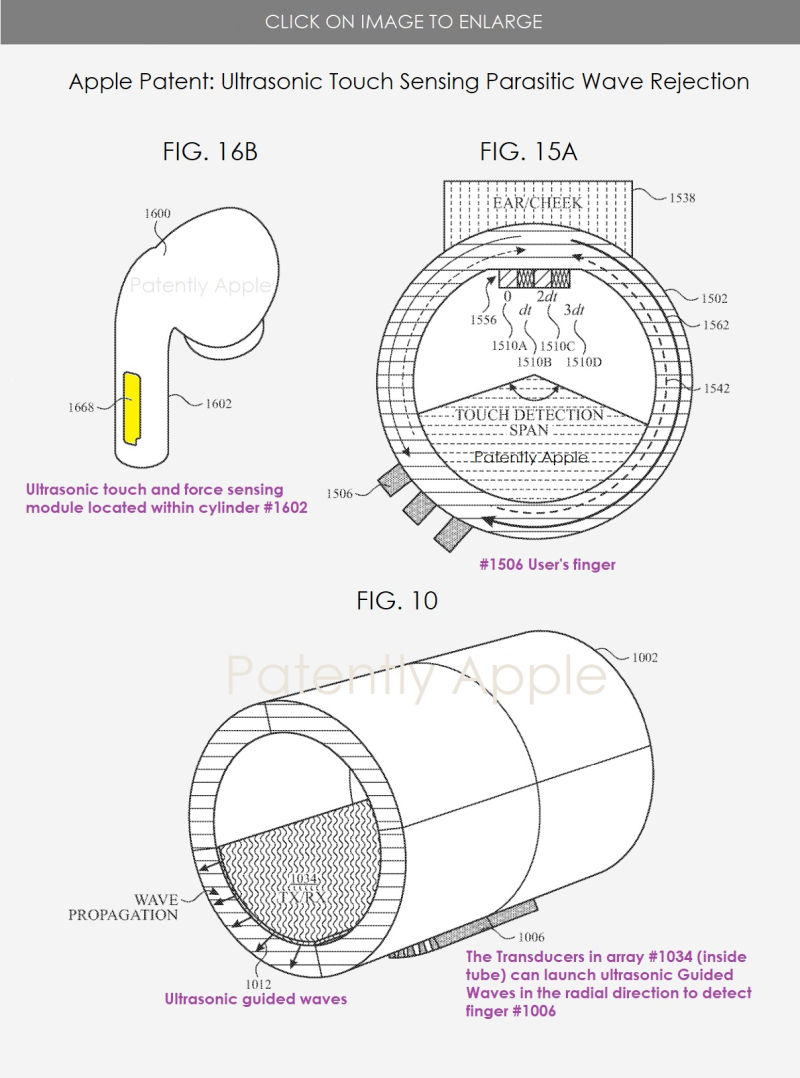 To review more of the details of Apple's patent application number 20220206630, click here.