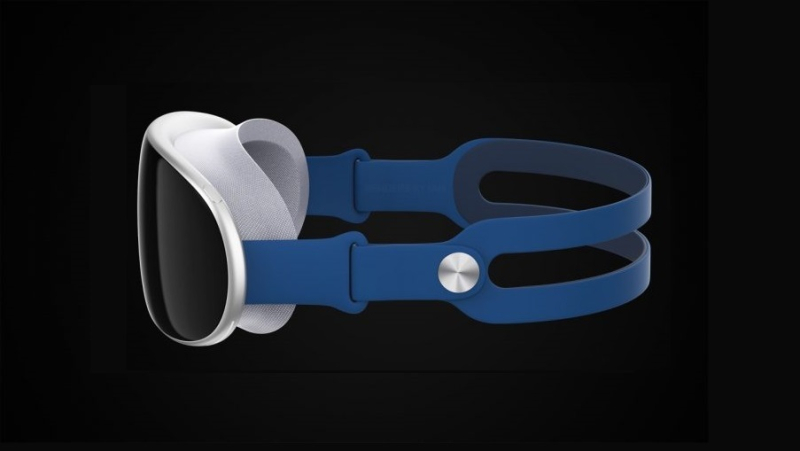 Apple’s patent FIG. 1 below depicts a simplified architecture (#100) related to an immersive teleconferencing and telepresence system. It will be noted that this use case is described with respect to a conference call with two remote individuals #105a and #105b. In other embodiments the architecture may include more or fewer individuals.

Specifically, in FIG. 1, a group of colleagues may be having a meeting in a conference room (#110). The room may include a conference table (for physically present participants), a 360° camera, and a view screen. Specifically, the camera may include a plurality of individual cameras or lenses which are able to capture video at different angles or fields of view relative to the camera. 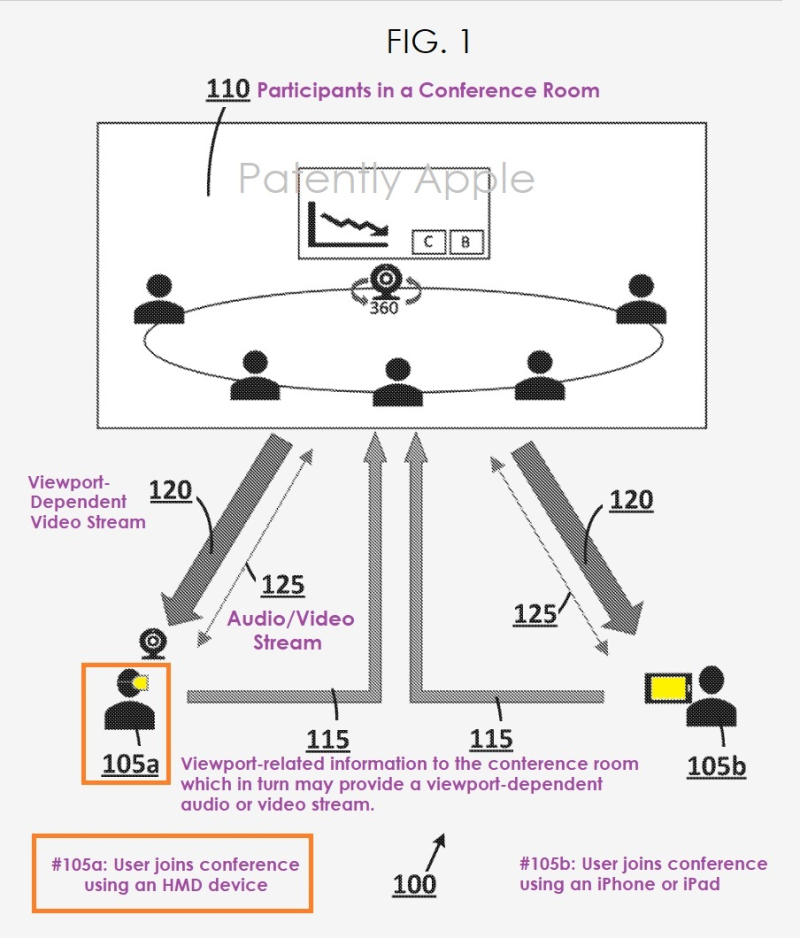 Individual #105b in patent FIG.1 above may also enjoy a 360-degree view of the conference room on the screen of their mobile phone by turning the phone, and may further use their mobile camera for capturing his own video.

In this use case, individuals #105a and #105b may be able to see the screen in the conference room #110 as part of the 360-degree video. They may also have the option to bring into focus one or more of the various incoming video streams (e.g., presentation or the other remote participant's camera feed) using their own display devices.

Ozgur Oyman, Apple’s Engineering Manager, Video Technologies, is listed as the sole inventor on this patent application. Prior to coming to Apple, Mr. Oyman was a Member Board of Directors at VR Industry Forum focusing on VR content production, distribution and security. Prior to that, Mr. Oyman spent 15 years at Intel as a Principal Engineer with over 200 patents to his credit.