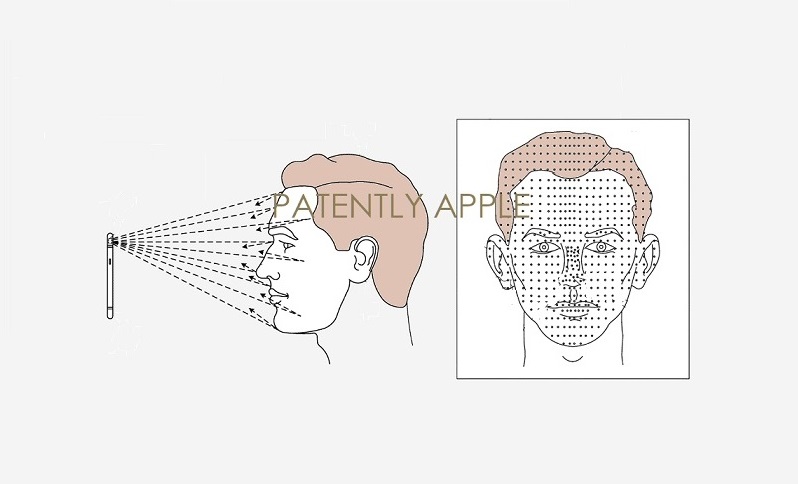 Today the US Patent & Trademark Office published a patent application from Apple that relates to optical devices and systems, and particularly to optical elements based on metamaterials and methods for production of such optical elements used in the iPhone’s Face ID projection system, the dot projector specifically.

Apple notes that optical pattern projectors are used in a variety of applications with one of them being their TrueDepth projection system. For example, in some depth mapping devices based on structured light, a projection module projects a pattern of spots onto a target scene, and an image of the projected pattern is processed to find the depth coordinates of the points in the target scene.

Apple’s latest invention addresses this problem by using a single optical element, based on metamaterials that are deposited on a single transparent substrate, to perform both the focusing (for example, collimation) and patterning functions:

The two metasurfaces may be formed respectively on opposing surfaces of the substrate, or they may be formed one over the other on the same surface. 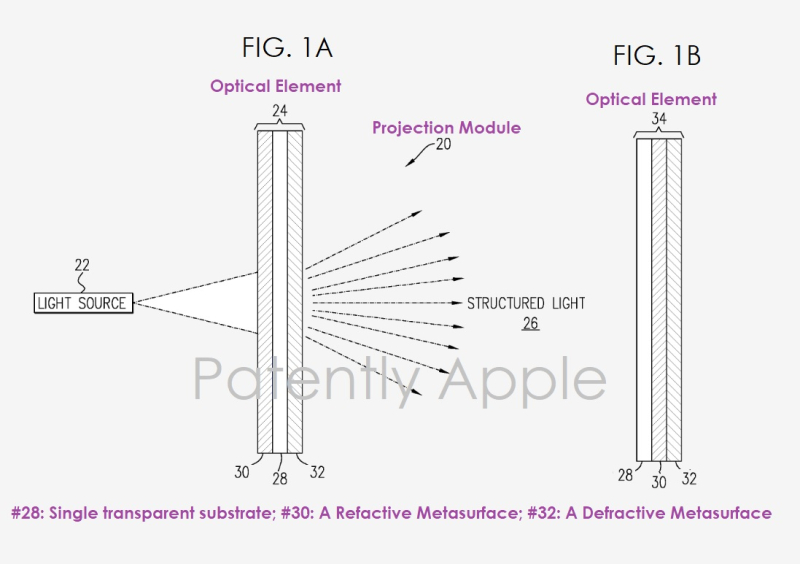 To review the technical aspects of this invention, review Apple's patent application number 20220179125.