Apple and the U.S. Chamber of Commerce have sent Letters to the U.S. Chair Committee with Dynamically opposing views on the ‘American Data Privacy and Protection Act’ 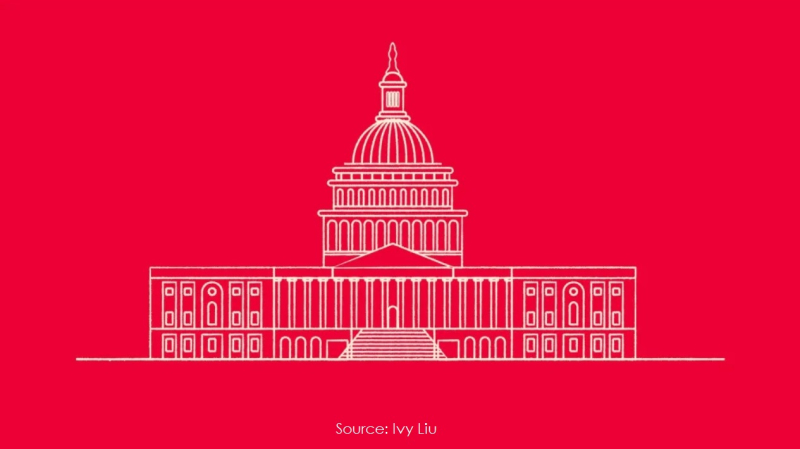 Friday has become interesting with two major opposing views emerging on the topic of the proposed “American Data Privacy and Protection Act.” On one side there’s Apple’s CEO Tim Cook in favor of the act while we have the U.S. Chamber of Commerce opposing the current state of the legislation. Both letters sent to the Honorable Maria Cantwell, Chair Committee on Commerce, Science, and transportation, United States Senate, have been made public and presented below.

The Position of the U.S. Chamber of Commerce

“The U.S. Chamber of Commerce strongly urges Congress to pass durable, bipartisan national privacy legislation that protects all Americans equally. We are concerned, however, with attempts to rush through legislation that would encourage an unmanageable patchwork of laws and abusive class action lawsuits through private rights of action.

The goal should be for Congress to provide consumers meaningful, consistent, and robust data protection. This is not possible without a thoughtful national law. A recent study revealed that a 50-state privacy patchwork could cost the U.S. economy $1 trillion, $200 billion of which would hit small businesses. Such a privacy patchwork creates consumer confusion and places small businesses at a disadvantage by forcing compliance with a complex set of data regulations. Strong national privacy legislation can help avoid this problem.

More than 130 countries have enacted general privacy protections, and five state legislatures have passed comprehensive data protection bills. Although the Chamber does not support all aspects of these bills and laws, they all provide consumer protections Congress can draw upon to establish a national privacy framework.

It is important to note that a private right of action for privacy is not included in any of these state laws, nor is it part of the European Union’s General Data Protection Regulation. A national data protection law including a private right of action would encourage a cottage industry of attorneys filing abusive lawsuits to obtain mandated fees, create further confusion as privacy rights are interpreted on a district basis, and hinder data-driven innovation. A national law should be enforced by the Federal Trade Commission with adequate funding and due process protections as well as state attorneys general.

Congress can and should engage in a deliberative, bipartisan process to find consensus on the types of data practices to regulate, thereby giving consumers long lasting protections. The Chamber, however, at this time will strongly oppose legislation that fails to provide meaningful preemption or any proposal that creates a blanket private right of action.

We believe Congress should not miss the opportunity to enact national privacy legislation. We encourage your Committees to provide the bipartisan leadership necessary to achieve this goal. The Chamber and other key stakeholders stand ready to assist in this important effort.

Thank you for your ongoing work on privacy legislation. Apple continues to support efforts at the federal level to establish strong privacy protections for consumers, and we are encouraged by the draft proposals your offices have produced.

We recognize that there are outstanding issues to be resolved, but the areas of agreement appear to far outweigh the differences. Your drafts would provide substantial protections for consumers, and we write to offer our strong support towards achieving this shared goal. With your work, coupled with President Biden's call to better protect children’s privacy, it appears Americans are closer than ever to obtaining meaningful privacy protections.

While Apple will continue to innovate and develop new ways to protect user data, only Congress can provide strong privacy protections for all Americans. The continued absence of this important legislation will unfortunately perpetuate a patchwork approach to privacy rights that leaves too many without the rigorous standards we hope to see as a result of your hard work.

We strongly urge you to advance comprehensive privacy legislation as soon as possible, and we stand ready to assist in this process in the days ahead.” You could read more on this at MacRumors.

The two opposing views shows that the “American Data Privacy and Protection Act” isn’t going to be an easy one to get passed prior to the mid-term elections.

On Wednesday Patently Apple reported on Apple’s CEO’s being interview by TIME 100 wherein he spoke on Privacy. At one point Cook stated that it was wrong for “a company, on an uninformed basis, just vacuum up your data.”