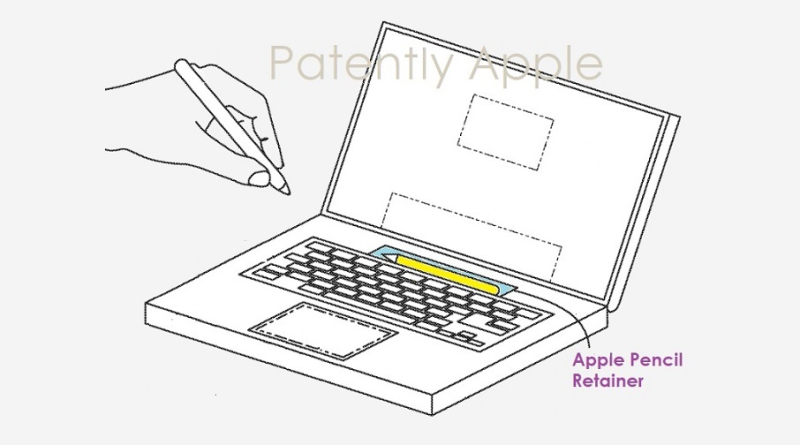 Today the US Patent & Trademark Office published a patent application from Apple that relates to a new input device system for a possible future MacBook. More particularly, the patent relates to incorporating an Apple Pencil that is removably mounted to a MacBook keyboard. While the Pencil is in its built-in retainer it could act as a mouse to move a cursor, scroll, zoom and more. Uniquely, a high-end lighting system is built-into the retainer and the Apple Pencil wherein the Pencil can replace the top F-Key row with the functional key symbols illuminated on Apple Pencil with full functionality. 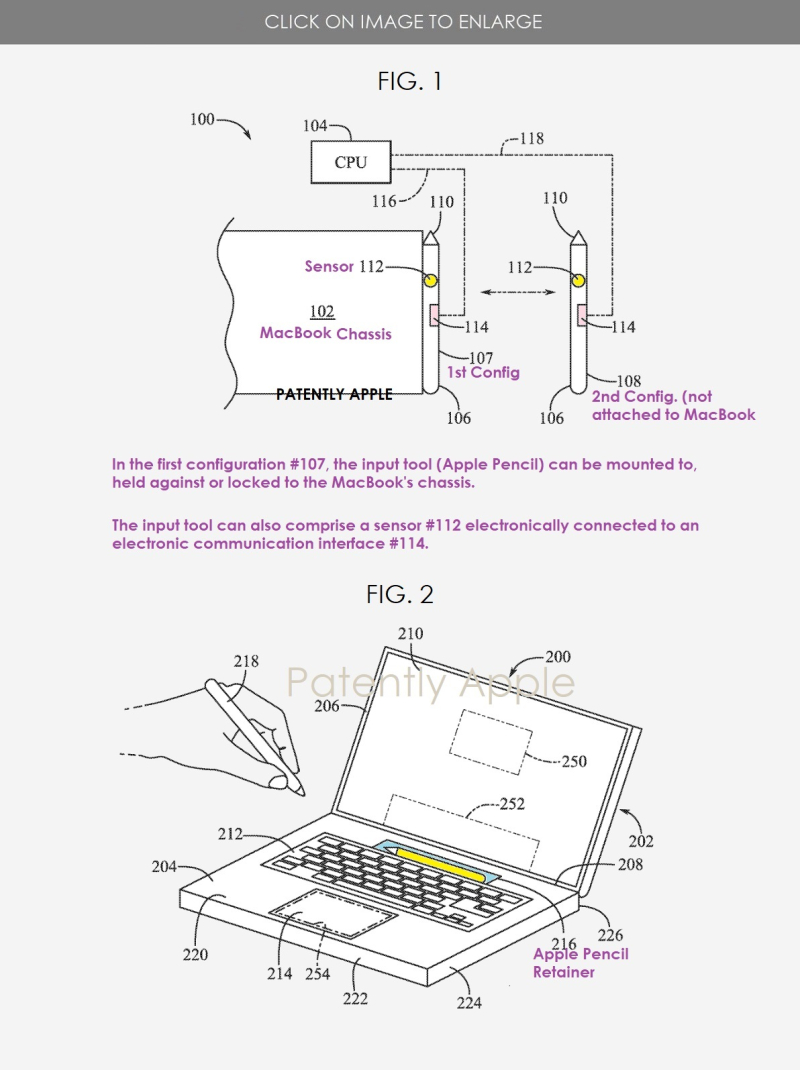 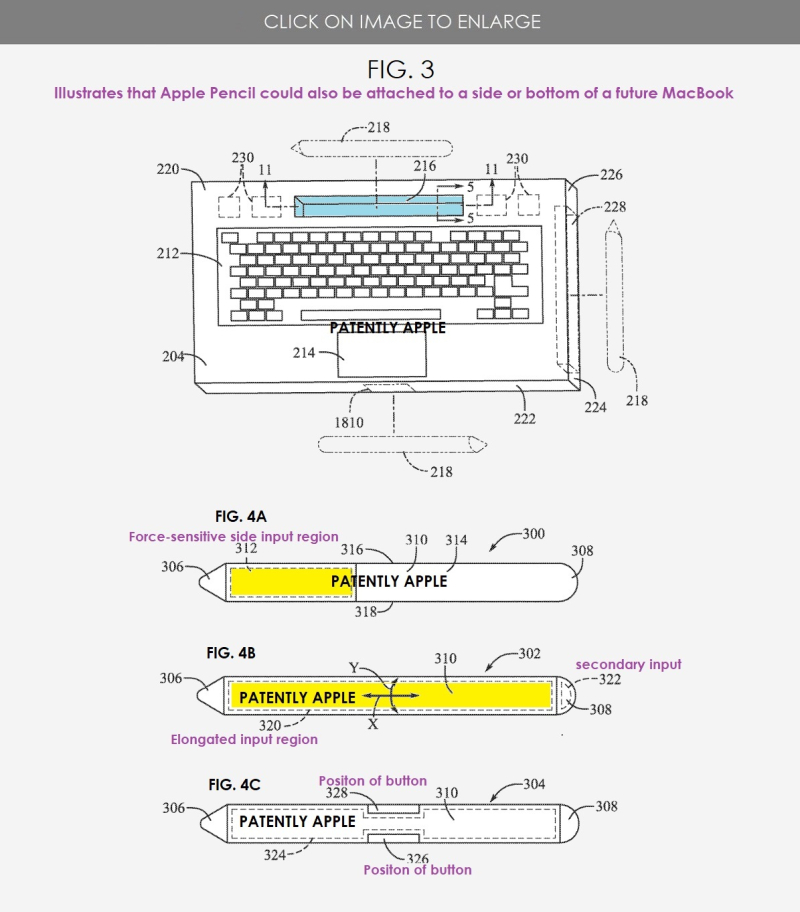 Apple's patent FIG. 11 below illustrates how Apple Pencil could be illuminated so as to illustrate traditional F-Keys; FIG. 7 shows partial top views of a housing and input tool; For example, the input tool can comprise a surface that, when touched or pressed by the user, is sensed as being a user input similar to a key function of a keyboard, such as one of the function keys (i.e., "F-keys", such as F3, shown in FIG. 7). 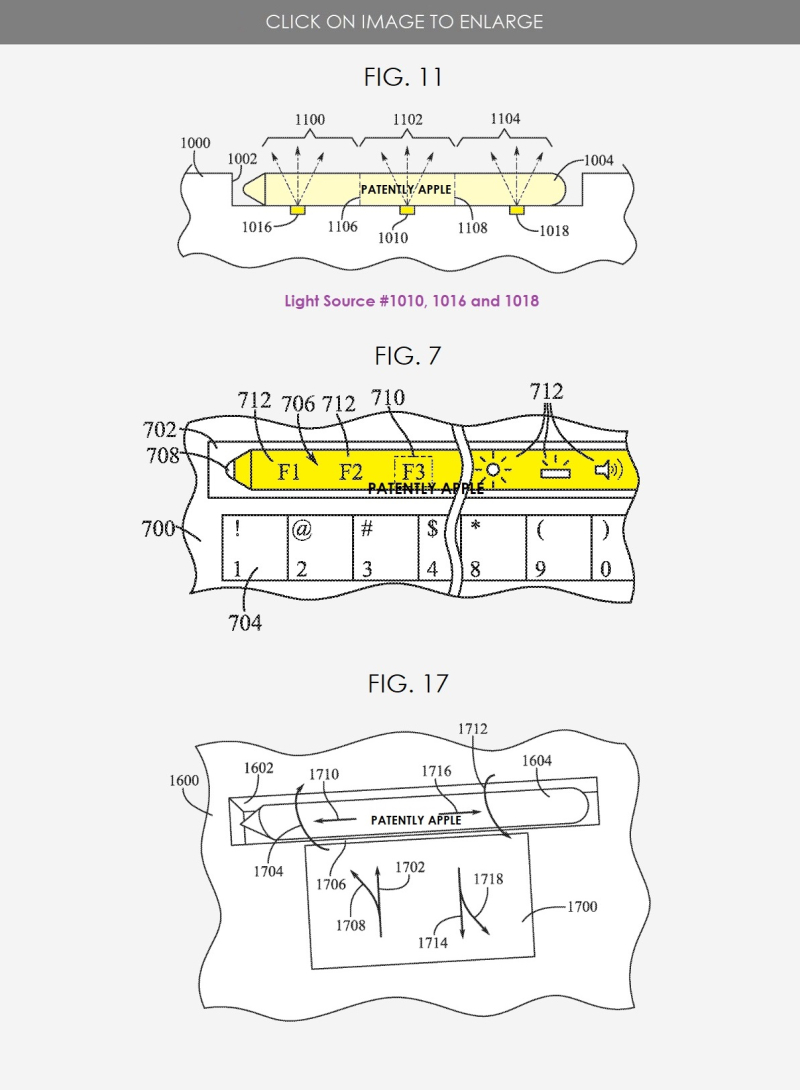 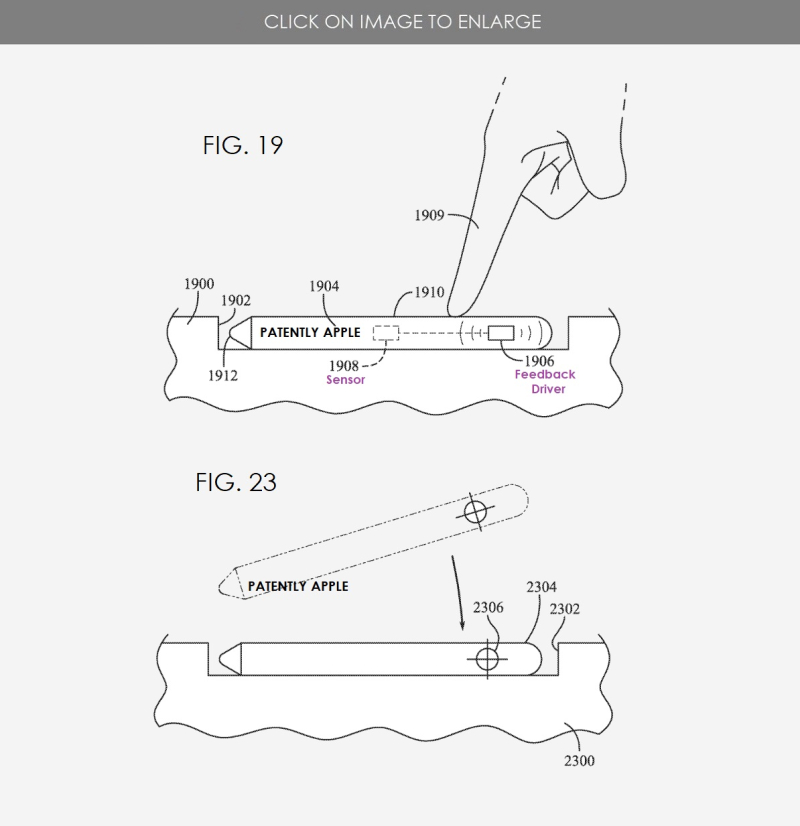 New Features Added to this Invention

Out of the 20 new patent claims added to this invention, Apple added 9 new aspects of the invention as highlighted below.

In patent claim #5 Apple adds: “The computing device system of claim 1, wherein the at least one magnetic element comprises a structure having reversible magnetic polarity, and wherein the haptic driver is controllable to reverse polarity of the structure.”

In Apple’s patent claim #19 Apple adds: “The input device feedback system of claim 16, wherein the sensor is configured to detect a touch on a surface of the input tool.”

The remaining 11 new patent claims adds features not listed in the original patent claims for this invention as a measure of legal protection.