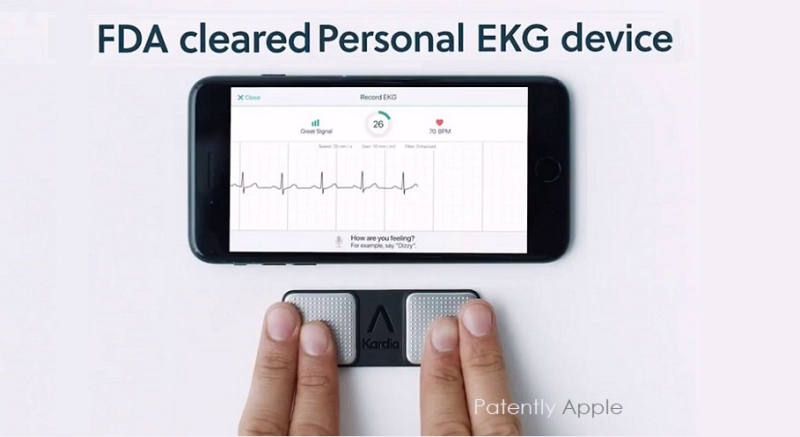 Yesterday, AliveCor released a press release pumping up the fact that an “Initial Determination” from one of the Judges at the U.S. International Trade Commission (ITC) about AliveCor’s lawsuit against Apple was made public. While it’s good news for AliveCor, It's not the official ruling from ITC which is to follow sometime in the future.

Below is AliveCor’s Press Release in-part Published by PR Newswire:

“AliveCor, the global leader in FDA-cleared personal electrocardiogram (ECG) technology, today announced that Administrative Law Judge (ALJ) Cameron Elliot of the International Trade Commission (ITC) issued an Initial Determination finding that Apple infringed AliveCor's patented technology. If affirmed by the full ITC, the ALJ's finding of a violation could lead to the issuance of a limited exclusion order barring the import of infringing Apple Watches into the United States.

AliveCor filed its complaint with the ITC in April 2021 alleging that Apple infringed AliveCor's patented technology, and filed an anticompetition complaint against Apple in May 2021. The ITC is currently scheduled to issue a Final Determination by October 26, 2022. A public version of the Notice of Initial Determination is available now, and a public version of the full opinion is forthcoming.

"Today's ruling is a strong validation of our IP and underscores that patents matter and even an influential company like Apple cannot simply violate them to stifle innovation," said Priya Abani, CEO of AliveCor. "Since the start, our focus has been on our customers and providing them with strong choices to help monitor their cardiac health, including KardiaBand, the first-ever FDA-cleared ECG device accessory for Apple Watch."