While Google pushed the virtues of Privacy at I/O 2022, Texas is suing Google over their Private Browsing mode not being Private & more 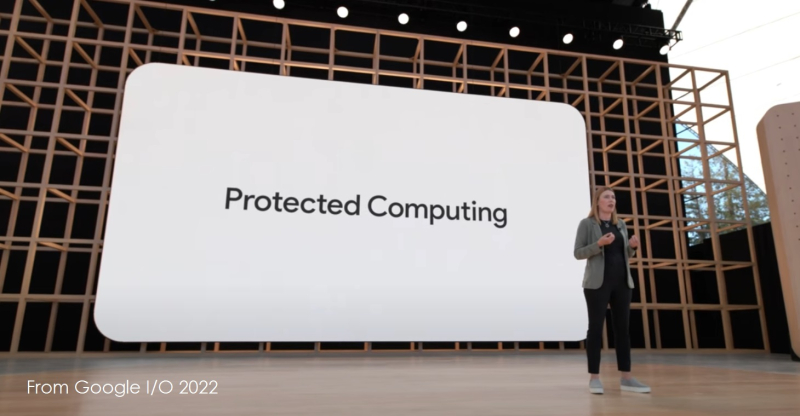 Last week at Google I/O they introduced their latest budget smartphone, the Pixel 6a. Prior to doing so, Jen Fitzpatrick, who leads Google’s Core Systems & Experiences organization spoke about all-things security and their new "Protected Computing" foundation to bring the best privacy to Android and Chrome. Below is a snippet from Jen Fitzpatrick's keynote on "Protected Computing" and more.

Yet despite Google's posturing on privacy, a new lawsuit was filed against the company by Texas Attorney General Ken Paxton claiming that Google's 'Private Browsing' mode is not really private.

Texas, Indiana, Washington State and the District of Columbia filed separate suits against Google in January in state courts over what they called deceptive location-tracking practices that invade users’ privacy.

The lawsuit said Google offers the option of "private browsing" that could include "viewing highly personal websites that might indicate, for example, their medical history, political persuasion, or sexual orientation. Or maybe they simply want to buy a surprise gift without the gift recipient being tipped off by a barrage of targeted ads."

The suit said "in reality, Google deceptively collects an array of personal data even when a user has engaged Incognito mode." You could read more about this here.

Coincidentally or not, Apple released a new ad yesterday about "Privacy" that was specifically aimed at protecting user data from auctioneers. Hmm, nice timing.

While the Texas lawsuit was the first shoe to drop today, the second shoe to drop could be damaging to Google if it ever comes to pass.

According to a new CNBC report, a new bipartisan bill that also spells out new user privacy measures, could force Google to break up its ad business.

The Competition and Transparency in Digital Advertising Act was introduced Thursday by a group of key senators on the Judiciary subcommittee on antitrust.

Advertising is a huge part of parent company Alphabet’s business. In Q1, Alphabet reported $68.01 billion in revenue, $54.66 billion of which was generated by advertising — up from $44.68 billion the year prior.

The bill would ban companies that process more than $20 billion annually in digital ad transactions from participating in more than one part of the digital ad process, according to The Wall Street Journal, which first reported the news.

Google infamously has a hand in multiple steps of the digital ad process, a business that has become the focus of a state-led antitrust lawsuit against the company. Google runs an auction, or exchange, where ad transactions are made and also runs tools to help companies sell and buy ads. If the new legislation passed, it would have to choose in which part of the business it would want to remain.

“When you have Google simultaneously serving as a seller and a buyer and running an exchange, that gives them an unfair, undue advantage in the marketplace, one that doesn’t necessarily reflect the value they are providing,” Lee told the Journal in an interview. “When a company can wear all these hats simultaneously, it can engage in conduct that harms everyone.” For more on this, read the full CNBC report.