Home Archives Contact Us Subscribe Twitter MeWe Facebook Patently Mobile
While Apple Continues to lead the Tablet Market in Mainland China, shipments dropped like a lead balloon in Q1 due to component constraints
Ray Liotta who is starring in the Apple TV+ Series "Black Bird" in July, died overnight while in the Dominican Republic filming a new Movie

Prior to WWDC 2022, Apple Highlights the AI-Powered Tennis Performance-Tracking iPhone App from SwingVision 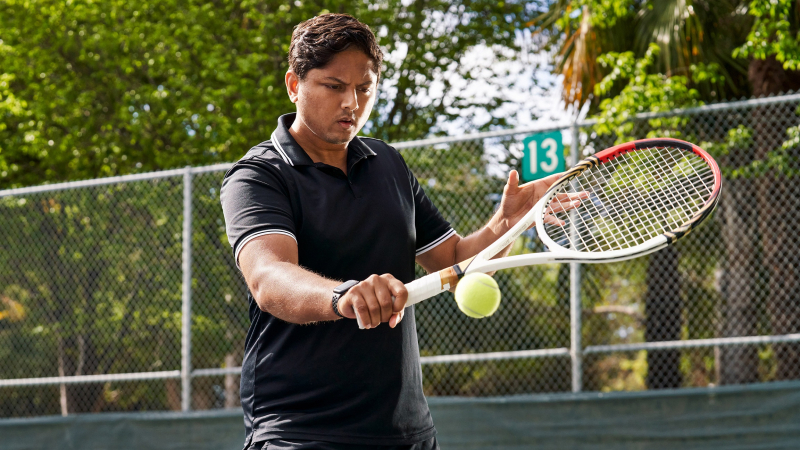 Prior to WWDC 2022, Apple is highlighting the developers behind SwingVision, an AI-Powered Tennis Performance-Tracking iPhone App.

While Swupnil Sahai hasn’t stepped out onto the hallowed clay at the French Open or the grass court at Wimbledon, he owes his livelihood to tennis — a passion he traces back to his childhood.

Growing up in the Bay Area, the CEO and co-founder of tennis performance-tracking app SwingVision — only available on the App Store — spent much of his time out on the court. An early interest stoked by his father led Sahai to play on his high school tennis team, and eventually the sport served as a form of stress relief while he attended the University of California, Berkeley.

While working as an engineer on a team that used 3D object tracking to help refine autonomous driving, Sahai — a two-time WWDC scholar — had an epiphany: The same techniques and principles he was using on the job could help him level up on the tennis court. However, the tools that were available on the market for tracking and analyzing his game were expensive, cumbersome, and often hard to come by.

Sahai elaborates: "Back then, you had a few companies making sensors you could attach to your rackets, and they would track some data. And in terms of using cameras, the closest thing was this 10-camera system that some high-end clubs had, but it was around $10,000 a court."

When Apple Watch launched in April 2015, Sahai recognized the potential of a device that would bring intelligence right to a user’s wrist. The seed for the idea that ultimately became SwingVision began to sprout.

“That sparked my brain right away. I thought, ‘If I have a computer on my wrist, I could actually analyze my form and my strokes,’” he says, looking back at the initial notes he made on his iPhone.

After teaching himself how to code using Apple’s Swift programming language, Sahai enlisted the services of his college roommate and fellow tennis enthusiast, Richard Hsu. What began as a side project called Swing — released as an Apple Watch app in 2016 — eventually morphed into a full-time endeavor, necessitating a team that’s since grown to include 12 employees.

Sahai and Hsu then officially launched SwingVision on the App Store in November 2019, harnessing the power of Apple’s Neural Engine in iPhone, iPad, and Apple Watch, combined with the minds of advisors and investors such as Andy Roddick and James Blake. “That’s really been the big difference: the machine learning processing that’s possible,” he says.

The app recently launched a new function that enables tennis enthusiasts to contest out-of-bounds calls right from their wrists using Apple Watch. “It’s almost pushing the limits of humanity because it allows you to call lines more accurately than you could with your own eyes,” Sahai says. “Everything we've been able to do in terms of processing video in real time — getting insights right away, allowing users to challenge line calls right there on the court — none of that would be possible without the Neural Engine.” 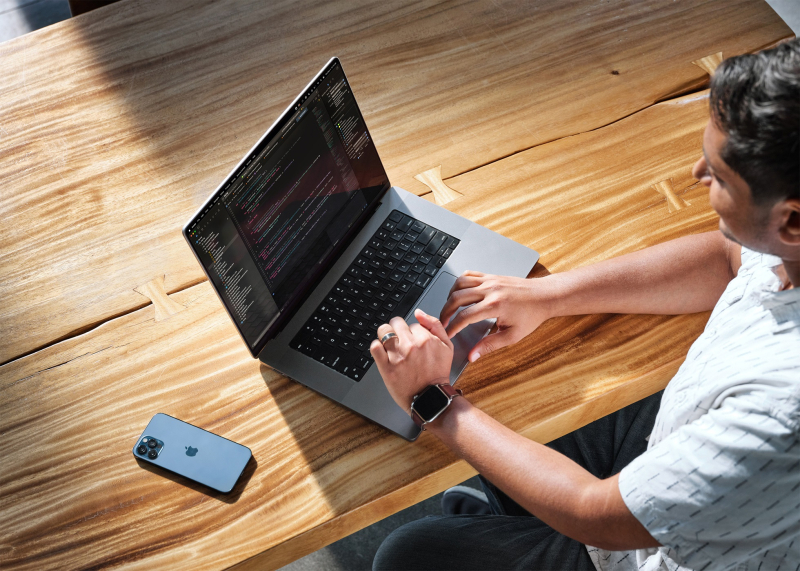 Sahai taught himself how to code using Apple’s Swift programming language, and then joined forces with his college roommate, Richard Hsu, to begin a project that ultimately transformed into SwingVision.

The other major difference: the App Store, which spotlighted SwingVision as an App of the Day in 2021 and brought the app to the feeds of millions of customers instantaneously.

Sahai Explains: "The App Store does a good job of surfacing apps that are going to be relevant to the customer and showcasing small apps, not necessarily just the big ones. Being featured as App of the Day has been tremendous for us, not just in generating downloads the day of, but also in becoming a badge of approval that continues to add credibility in conversations with potential customers, investors, and employees for several months afterward.

The App Store gives a platform for small teams and even individuals to reach such a massive audience without having to spend a massive budget on marketing. The developer and app stories featured on the Today tab in particular are so powerful because they tell a deeper story that helps build branding, which is very difficult for a team of any size to accomplish." 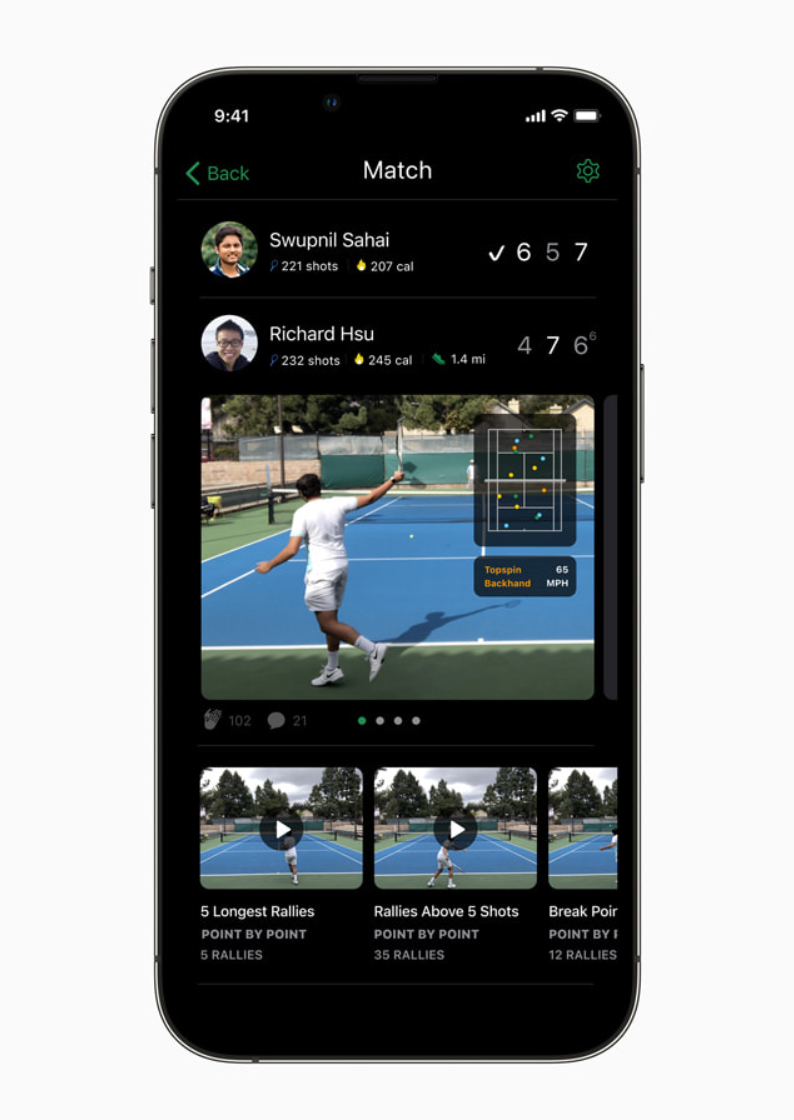 With the AI-powered SwingVision app, users have access to automated scoring, stats, and line calling right from their iPhone.

For more on this including more screenshots of the app, see the full Apple press release. Apple's WWDC 2022 Officially Kicks off on June 6th.