Home Archives Contact Us Subscribe Twitter MeWe Facebook Patently Mobile
Apple TV+ releases trailers for the fifth season of the Emmy award-winning 'Carpool Karaoke' + 'Luck' from Skydance Animation
Should Europe mandate the use of the USB-C Connector by Law, Apple will be ready 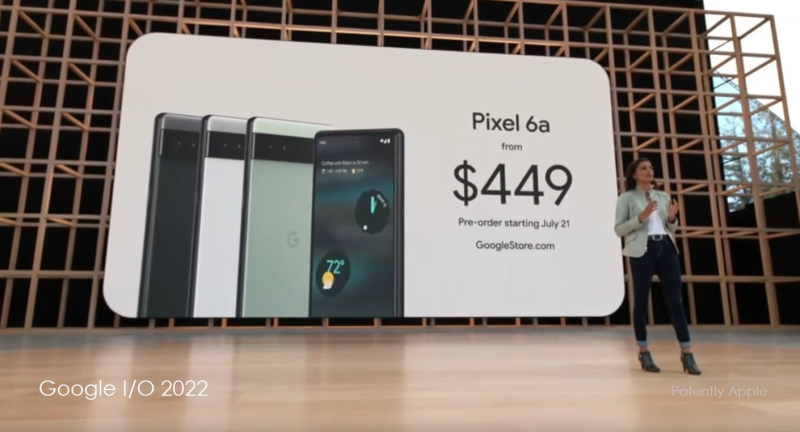 Back in early March there was high hopes for Apple's iPhone SE 3 prior to its release. Bloomberg's Mark Gurman was hoping for a knockout $199 price tag that would have made it super competitive in emerging markets like India where Apple continues to struggle. Of course that never transpired.

Last month several analysts indicted that Apple's new iPhone SE 3 was selling lower than the company expected. In March it was reported that iPhone SE production was going to be cut by up to 20%. Then in April, a Wave7 research report/survey of US carrier stores revealed that demand for the iPhone SE was weaker this year than it was for the previous iPhone SE; only 8% said demand was stronger.

In March, MacRumors posted a report about reviews of the iPhone SE. While the A15 Bionic chip was applauded, the design and screen size was heavily criticized.  In one review, the Verge's Allison Johnson criticized the new ‌iPhone SE‌'s design and display, commenting that "It's a tired design straight out of 2017 that makes an already-small screen feel even smaller than it could be." Brutal but honest.

That must have made the Google teams very happy to hear knowing that they were preparing to launch their new Pixel 6a in May with features that Apple fans were hoping for. A complete overview of the Pixel 6a is presented in the video below capturing the Google I/O presentation.

In the last day or two a rash of reviews were posted comparing Google's Pixel 6a with Apple's iPhone SE 3 and most gave the Pixel 6a the win. The first comparison report, from PCmag presented a feature comparison chart as shown below. 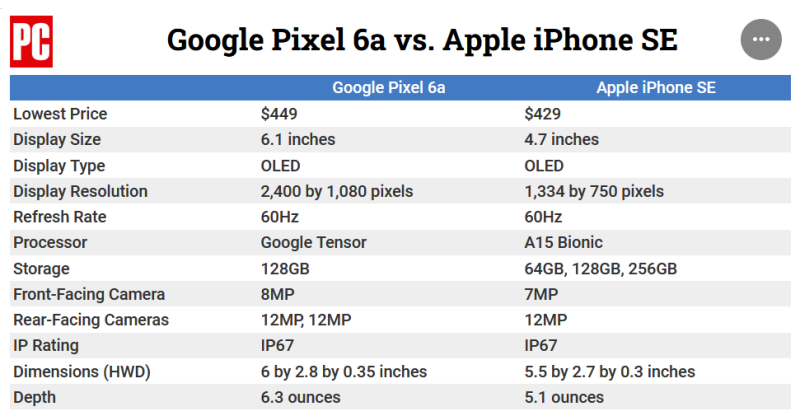 The Pixel 6a modernized the budget phone with a nice 6.1 display and uses an under display fingerprint reader instead of the reader in the iPhone SE 3's home button which gives it such a dated appearance. At present we're not sure if Google has fixed the problem with it's Pixel 6 fingerprint reader. Only time will tell after the Pixel 6a is released for testing.

You could read the full comparison report from PCmag here, and one from tom's guide. While the initial reviews give the Pixel 6a the easy win, stay tuned for more in-depth reviews once the Pixel 6a is actually available in late July from the likes of Marque Brownlee, Unbox Therapy and possibly reviews by Mac9to5, MacRumors, AppleInsider and possibly iMore.

On the surface, the Pixel 6a's 6.1" bright OLED display with an under display fingerprint reader and cleaner more modern look gives it an easy visual win.

Of course some will prefer having the iPhone SE 3's powerful A15 Bionic chip and the Apple ecosystem. Though in the end, Apple fans were probably wishing that Apple would have modernized the iPhone SE 3, and the lower shipments of the latest version basically confirms that.

Have an opinion either way? Then send your comments in our comment section below or to our Twitter feed.