In Q1, Despite Concerns over Economic Slowdown and Inflation, Apple Retained its Global Leadership in Smartwatch Shipments 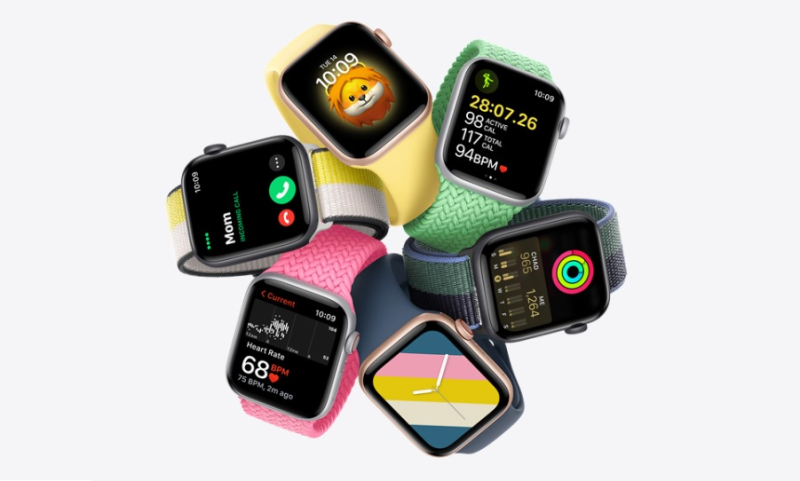 A new analytical report posted today states that the global smartwatch market recorded 13% more shipments compared to the same period last year, despite concerns over economic slowdown and inflation. Apple maintained its solid lead in this sector by increasing its year-over-year growth by 14% in Q1 2022. Some shipments carried over to Q1 2022 due to a month late launch of Apple Watch 7, which helped continue the strength of the brand. 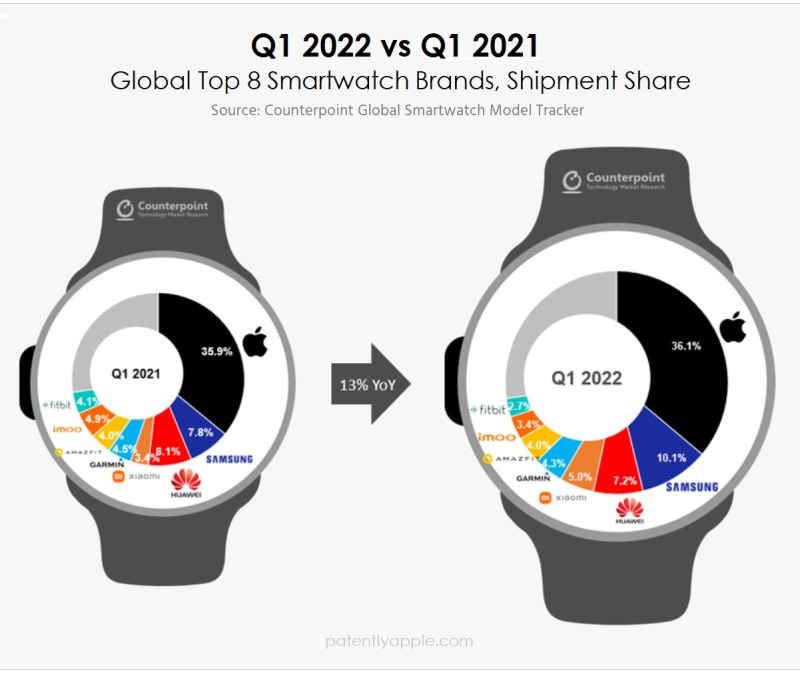 Counterpoint’s Associate Director Sujeong Lim:  “Although the global smartwatch market saw little growth in 2020 due to the impact of Covid-19, it has continued to perform well since its rebound last year. In particular, Apple accounted for more than a third of the total shipments last year, and it is further increasing its influence with a market share of 36% in the first quarter of this year. The high brand loyalty of iPhone users is one of the success factors of the Apple Watch. This popularity appears to be higher among the younger generation, making Apple an irreplaceable market leader. Of course, everything was possible because the high performance of the product and the excellent connection among supported iOS devices. We believe that Apple’s market share is likely to rise further by the end of this year.”

Samsung solidified second place with 46% YoY increase in shipments. It grew significantly in the APAC region with the popularity of Galaxy Watch 4 series.

By region, while most major regions grew YoY, only Europe recorded flat growth. Although Apple and Samsung continued to grow year-over-year, other major brands such as Garmin and Fitbit performed weakly in the European market during this period.