In Calendar Q1 2022 Apple Remained the Leading Smartphone Vendor in the U.S. with iPhone 13 the top Model 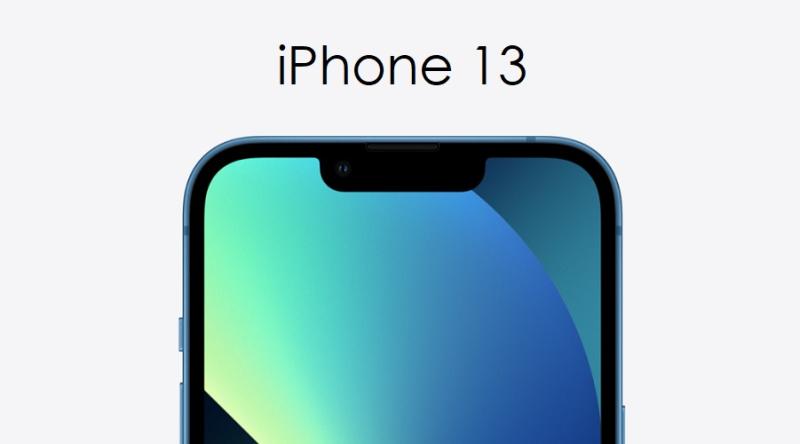 A new analytical report today states that US smartphone shipments were down 6% YoY in Q1 2021. Some of the causes included premium device sales slowed and  continuing supply constraints. For Apple, revenues reached over $14 billion. iPhone 13 sales made up close to 80% of all iPhone sales in the quarter. This is the highest sales share mix for new devices to date.

Research Director Jeff Fieldhack: "While Q1 2022 did see weaker sales compared to last year, this needs to be seen in context. It is not a sign of the market contracting because last year’s Q1 was unusually high due to several factors driving demand. Apple’s iPhone 12 series sales pushed into Q1 2021 due to its staggered launch causing higher premium demand in a usually soft quarter. $1,500 stimulus checks were also given out, which helped boost the economy that was suffering from COVID-19 impacts. LTE sales saw an uptick due to tax-season discounts and pent-up demand in Q1 2021. Looking at Q1 2022, there were still solid performances from Apple and Samsung, with Motorola, Google, TCL and OnePlus seeing YoY increases in volumes due to LG’s exit."

While Apple remained the leader in the US as seen in the Counterpoint chart below, Apple's market share dropped from 54% in Q1 last year to 47% in Q1 this year. Android shipments seemed to slightly increase across a wide range of vendors. 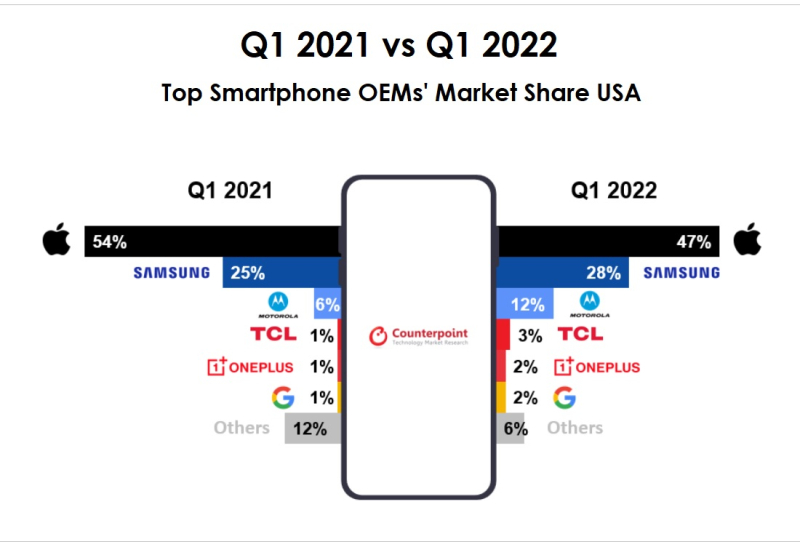 Commenting on OEM dynamics, Research Analyst Matthew Orf said, "Apple and Samsung continued to dominate the market with a combined 75% share and had some of their best performances to date. However, some attention should also be brought to smaller OEMs that are beginning to capture more mindshare of consumers due to LG’s exit. Motorola has been very aggressive, becoming the third largest OEM in 2021." For more, read the full Counterpoint report.