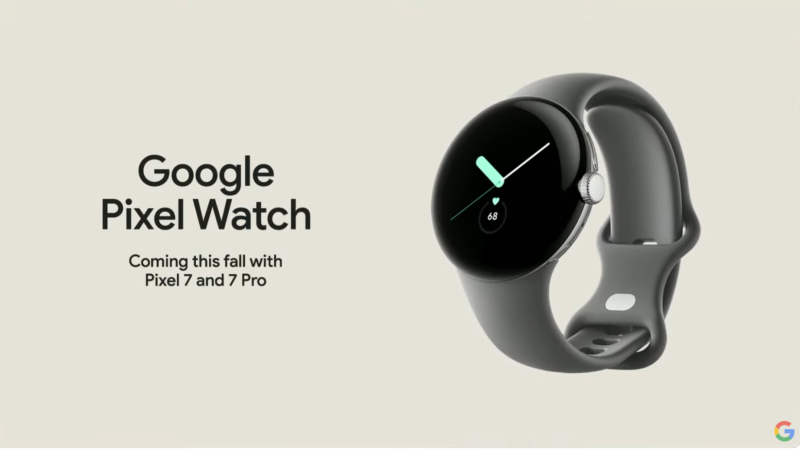 Google's Pixel Portfolio video presented below zooms through what was basically covered at Google I/O 2022 this morning including the new Pixel 6a smartphone to compete with Apple's iPhone SE at US$449; the new Pixel Buds Pro with noise cancellation for $199 (with Spatial audio on the way); a peek at the (rumored) Google Pixel Watch; a peek at Google Tablet and more.

A Few Images from Google I/O 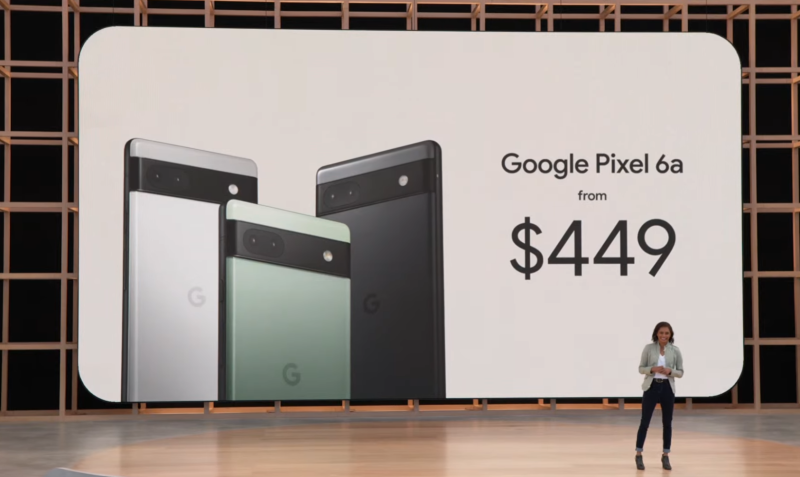 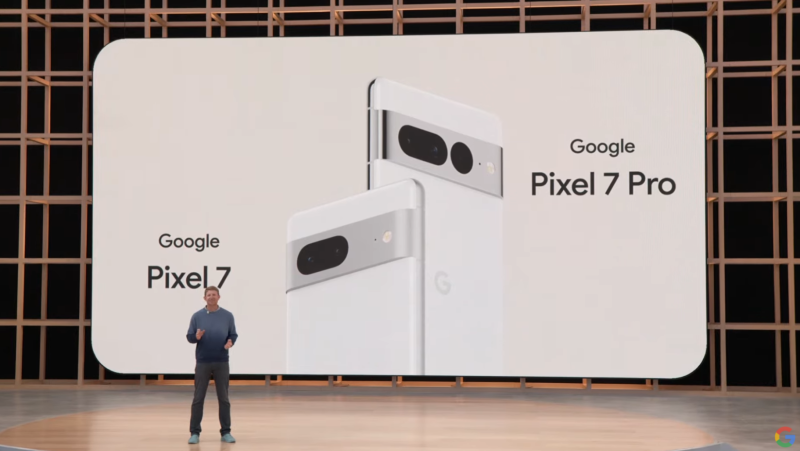 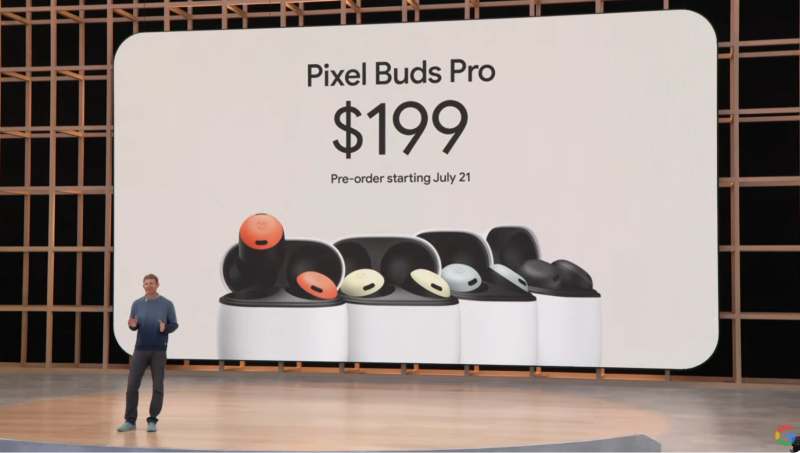 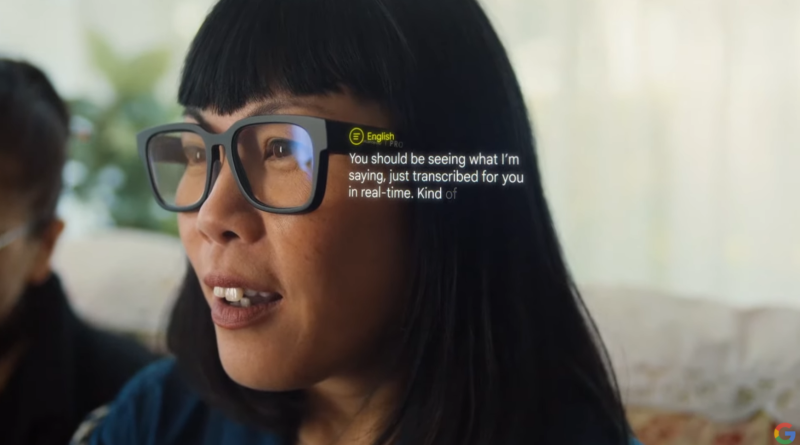 The latter image captures Google introducing a prototype of their first generation smart glasses (not counting Google Glass) with a stunning capability: Live Translation. As a person speaks to you in a foreign language, the translation to your native tongue appears on the lenses in real-time. If this is close to market, as in a year or two away, this will be an amazing feature when a person is travelling and more. See the brief video of the smartglasses prototype below.

Google Pixel Watch for this Fall

The Google Pixel 6a, the iPhone SE Challenger (Kinda)

02: Search your world, any way and anywhere (new features)

07: For those interested in learning about Google's new and ongoing software research review the beginning of the Google Keynote.

Obviously Google will be holding an event this fall that will dive deeper into their new Pixel 7 smartphone and Pixel Watch with Fitbit health software. The Pixel 7 is rumored to have a new periscope lens that will provide their customers with vastly super Optical Zoom power over the iPhone. Only time will tell if this feature will deliver the punch it needs to improve sales that are lacking today.

At the end of the day, the hardware announcements were a little weak, so we'll have to wait until this fall to really see if their new devices can win new customers. Their smartglasses with realtime translation was a surprise, but it's a prototype which could be more gimmick than fact. Though we'll keep our fingers crossed that it'll make its way to market by 2024 or 2025. Google's software overview was impressive and search is about to take some powerful leaps, especially in terms of Google Maps with their new immersive view feature "coming soon." The 3D imagery, as exampled below, was nothing short of amazing.