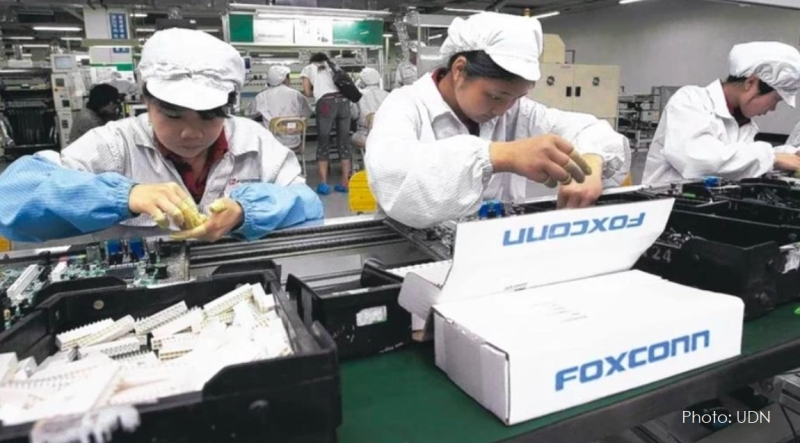 Apple's CEO Tim Cook stated during their Financial Conference Call last week that he acknowledged the challenges Apple is seeing from supply chain disruptions driven by both COVID and silicon shortages to the devastation from the war in Ukraine. We are not immune to these challenges, but we have great confidence in our teams, in our products and services and in our strategy."

Today we're learning that Hon Hai, Apple's main iPhone production base and Foxconn's iDPBG business group, the mainland's Zhengzhou factory, has stepped up to the plate and launched a large recruitment campaign this week. The company is significantly increasing the sign on bonus by 30%.

The legal person pointed out that the pressure of global inflation has suppressed the purchase of 3C products such as mobile phones, and the supply chain has been in chaos due to the closure of the mainland. However, the Hon Hai Zhengzhou plant has bucked the trend and increased its bonuses to recruit workers.

It is understood that the current epidemic situation in mainland China is still under control. Since the sales of the iPhone 13 are still good, in order to ensure smooth supply and achieve the launch of the new iPhone 14 series models in the second half of the year, Apple will cooperate with the official Zhengzhou evaluation and research, based on the epidemic prevention of key enterprises. , The principle of production without error has prompted Hon Hai's Zhengzhou factory to recruit workers with extra bonuses in rare off-season. Hon Hai did not disclose the number of workers required for this wave.

Apple is also worried about whether the iPhone 14, which will be launched in the second half of the year, will be delayed by the closure. Therefore, it asked Hon Hai’s Zhengzhou plant to Prepare manpower in advance. At present, manufacturers in East China have gradually resumed some production capacity, but the confusion of personnel and logistics cannot be solved in a short time, and continues to interfere with the operation of production and logistics. Zhengzhou is relatively unaffected. Therefore, Apple requires Hon Hai to vigorously sprint the production capacity of Zhengzhou factory.

At this stage, the demand for the iPhone 13 is booming. The Korean media The Elec recently disclosed that Apple will significantly increase the production of the iPhone 13 Pro series models (iPhone 13 Pro and iPhone 13 Pro Max ) this season, which will be about 10 million more than the original plan.

Among them, the production of iPhone 13 Pro will greatly increase from 1 million to nearly 8 million, an increase of about 7 million; the iPhone 13 Pro Max will increase from about 3.5 million to about 6.5 million, an increase of about 3 million. Hon Hai is the largest assembly plant for large-size iPhones. As Apple increases production, Hon Hai's production line is also quite busy. For more, read the full United Daily News report.

In other supply chain news this morning, Digitimes is reporting that "Quanta Computer's plant in Shanghai, China is gradually resuming its production of Apple's MacBook products with order pull-ins also slowly turning strong, according to sources from the upstream supply chain."