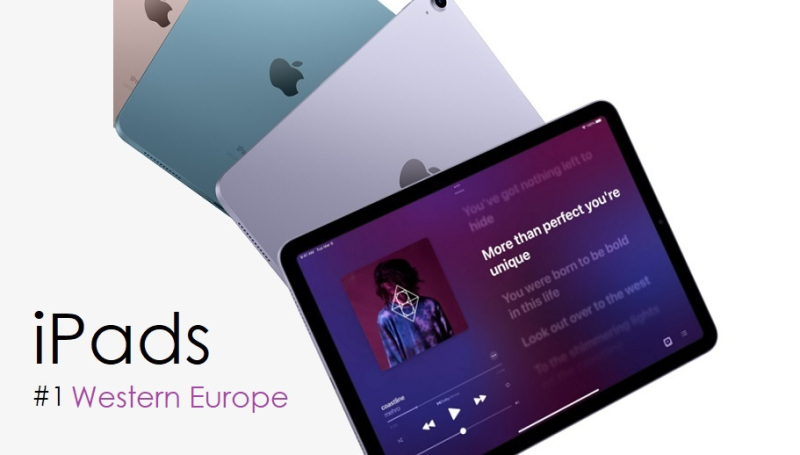 On May 4, Patently Apple posted a report titled "While a new Canalys report confirms that Apple's iPad dominated the Worldwide market in Q1 2022, their PC stats are a little odd." Our beef with the data from Canalys was adding iPad shipments in with PC shipments even though they published shipments for tablets seperately. We had noted that without iPad mixed in with PC shipments, Apple would not have been the #1 PC maker as their report declared.

Yesterday, Canalys reported on European PC Shipments in Q1 2022 and this time the company changed their format and didn't include tablets in their PC stats, which we pointed out was unorthodox earlier this month. In this latest report, Apple was shown to be in their traditional fourth spot position in PC's and not the leading vendor as Canalys earlier report in May indicated for Global shipments.

Canalys report that in Q1 2022, PC shipments (desktops, notebooks and workstations) in Western Europe reached 15.8 million units, a decline of 3% on Q1 2021. Supply bottlenecks, the threat of recession and increasing geopolitical tensions limited growth at the start of 2022. Lenovo remained the top vendor, shipping 4.1 million PCs in Western Europe in Q1 2022 to command a 26% market share. HP followed closely in second place, shipping 3.9 million units for a 25% share. Dell, Apple and Acer rounded out the top five with 14%, 10% and 9% shares respectively.

The shipment decline in Western Europe comes after a long period of high growth. But shipment numbers are still above pre-pandemic levels, showing the strength of the PC market resurgence in the region.

Research Analyst Trang Pham: "Western Europe has been a resilient market for PC vendors over the last two years, thanks to the region’s adaptability in its COVID responses. Commercial demand is strong as multiple markets have officially moved toward business-as-usual operations. In fact, nearly 60% of devices shipped in Western Europe in Q1 were for commercial use." 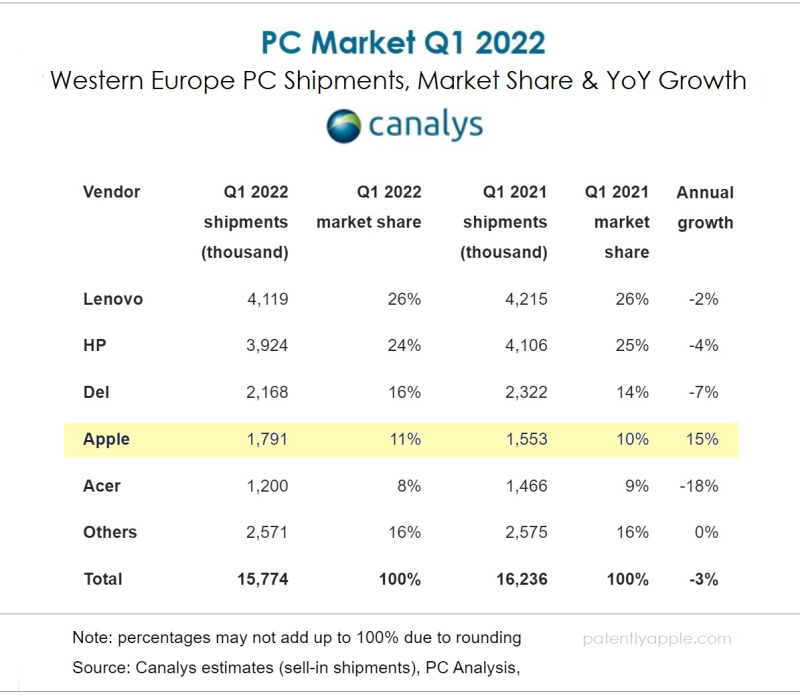 Although Apple is shown to have finished in fourth spot, they were the only top five vendor to have shown growth during Q1 2022. More specifically, Apple registered 15% growth in Western Europe in Q1 2022.

According to Canalys, the tablet market in Western Europe suffered a third successive quarter of decline in Q1 2022 as shipments fell 22% annually to 6.5 million units. "Tablet demand has passed its peak in key markets," said Pham, adding that "Penetration in the consumer segment soared during the pandemic and is near saturation. The predicted fall in demand saw almost every vendor undergo steep shipment declines, including market leader Apple, which has consistently outperformed the market in recent quarters. The vendor cited supply constraints rather than low demand for its popular iPads."

Looking forward, Western Europe’s economic output will remain heavily weighed down by high inflation and the ongoing war in Ukraine. 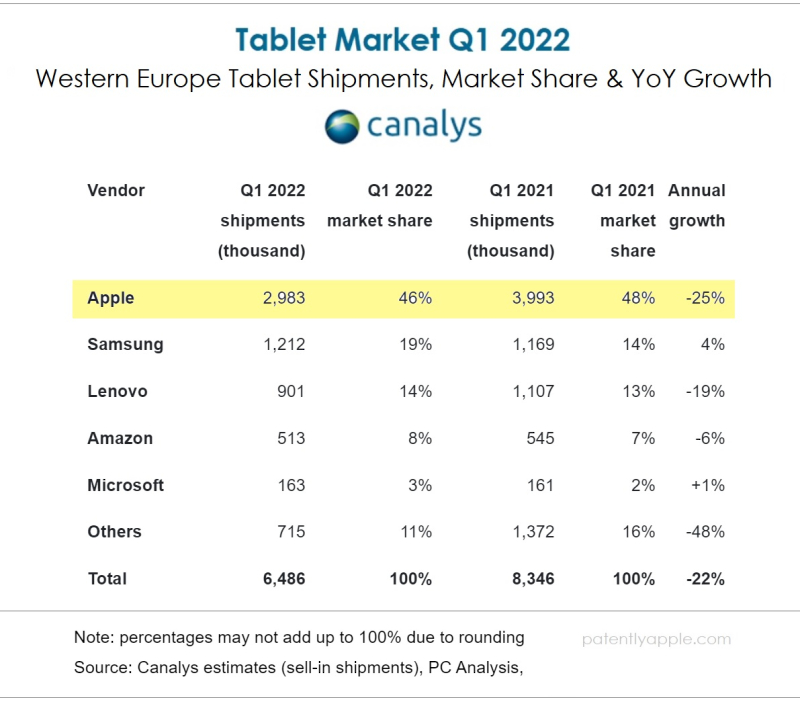 On April 28, during Apple's Fiscal Q2 2022 (Calendar Q1) Conference Call, Apple's CEO stated that "For customers around the world, iPad continues to be essential for education, creativity and entertainment. That's why we're continuing to see such a strong demand for iPad even while navigating the significant supply constraint we predicted at the start of the quarter."