Home Archives Contact Us Subscribe Twitter MeWe Facebook Patently Mobile
Sony plans to double their mobile games by 2025 and that could Spill over to games for Apple Devices
Our IP report covers Apple’s latest Design patents while revealing the U.S. Company that has multiple trademark filings on record for ‘RealityOS’ 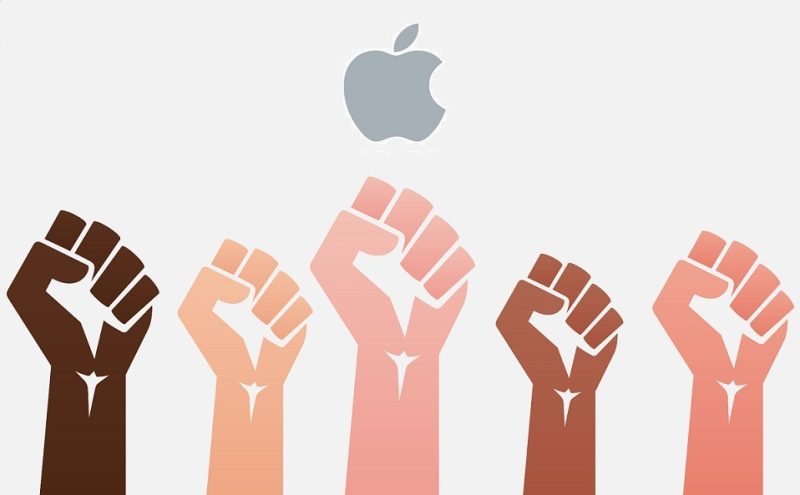 It's being reported tht a union vote at an Apple store at the Cumberland Mall location in Atlanta is in doubt after the union trying to organize the retail workers withdrew its request for an election on June 2. The union, Communications Workers of America, alleged in a statement that Apple has violated labor laws and made a fair election impossible. In addition, CWA said that there are rising numbers of COVID cases at the store, which could affect the vote due to workers’ health concerns, reports CNBC.

The vote was scheduled for next week. If successful, it would have been the first unionized U.S. Apple store.

The development is a setback for Apple workers’ efforts to unionize at the company’s retail stores in the U.S. In addition to the Cumberland Mall location, there are at least three other Apple stores with workers holding public union drives. A union vote for workers at a store in Maryland is scheduled for June 15.

A CWA representative said in a statement: "An overwhelming majority of the workers at the Cumberland Mall Store announced that they were forming a union in April and requested recognition from the company. Since then, Apple has conducted a systematic, sophisticated campaign to intimidate them and interfere with their right to form a union; behavior [that] violates U.S. law, the principles of Apple’s credo and vendor code of conduct, and international human rights standards."

The Cumberland Mall Organizing Committee said in a message to co-workers at the store: "We are not moving forward with the election given what Apple’s response has been and the coercive environment they created."

The message continued: "It’s an outrage and a shame that Apple chose to spend tens of thousands of dollars to pay a third party, outside ‘union avoidance’ law firm, abandon its professed values, and aggressively and deceitfully union bust in our store, interfering with our legal right to organize a union."

Earlier this week, Apple’s head of retail and Human Resources said, in a video distributed internally, that she believed unions would make it harder for Apple managers to respond to employee concerns and that unions are not committed to its employees.

Earlier this week, Apple announced that it was increasing starting pay for retail employees to $22 per hour. In the message to co-workers, the Cumberland Mall organizing committee said that the unplanned raises were a direct result of its organizing drive. For more on this, read the full CNBC report.