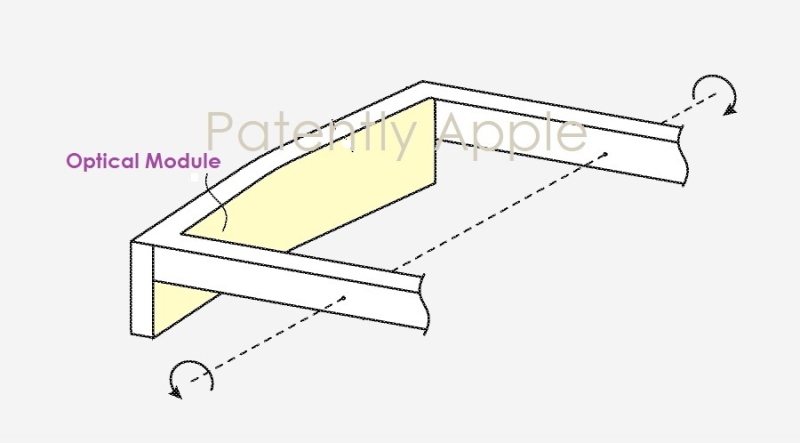 In particular, proper operation of display components of a head-mountable device can be sensitive to deformation. For example, where a light projection display element is configured to project light onto a waveguide, the relative alignment of the display element and the waveguide are preferably maintained for optimal performance. Typically, a waveguide can be protected from deformation by isolating the waveguide inside a protective shroud and/or using large structural elements to create high stiffness and strength. However, these measures can result in undesirably heavy and large components.

Head-mountable devices of the present disclosure can provide an arrangement of components that include a waveguide that is decoupled from the ability of system loads to be transferred into the waveguide. Such decoupling can be achieved by utilizing an elastic bond with low stiffness to bond certain components together. This allows the system to flex and deform without transferring stress to the waveguide. Such decoupling can also be achieved by selectively bonding in regions that have relatively lower displacements between a support structure and the waveguide. These measures can help preserve component alignment while allowing a head-mountable device to be lightweight and small in size.

Apple's patent FIG. 3 below illustrates a torque that can be applied to the head-mountable device #10, for example at one or both of the arms (#40O) and about an axis that extends through one or both of the arms. Such a torque can occur when the head-mountable device is removed from a head of the user from one side before the other. A torque applied to one or more of the arms can be transferred to the frame (#20) in a manner that twists the frame relative to one or more of the optical modules #50 supported by the frame. 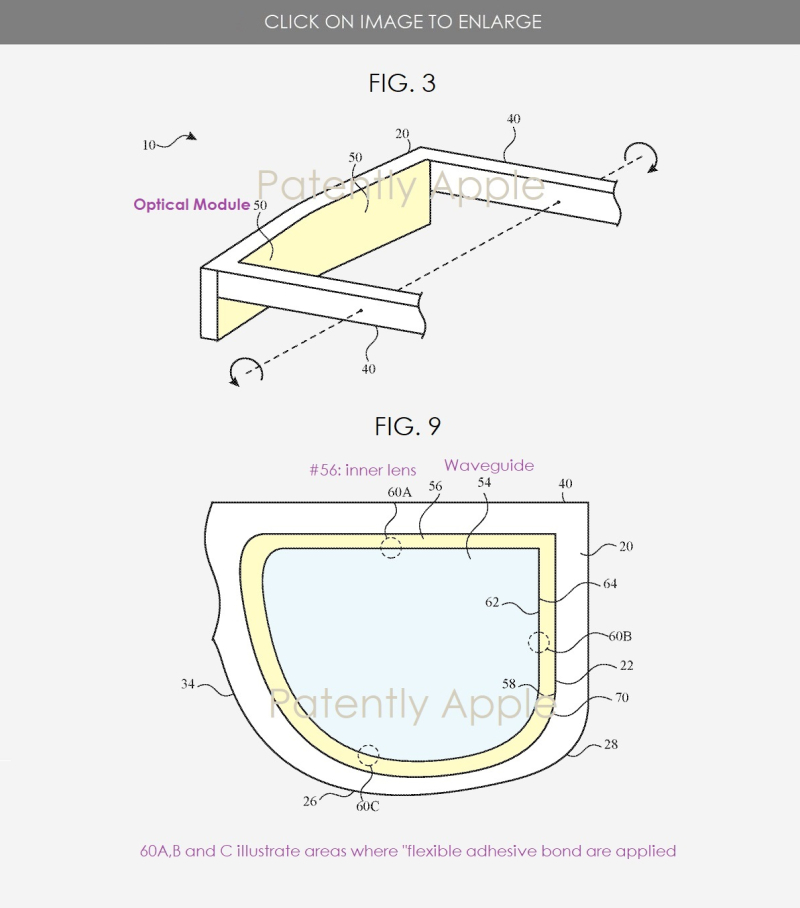 Apple's patent FIG. 9 above illustrates the waveguide #54 can be selectively bonded to the corresponding lens (e.g., inner lens #56) at discrete locations that are subject to smaller or no loads.